Showing how art can be a vehicle for interfaith understanding is a key element of MOCRA’s mission. But MOCRA isn’t the only arts institution exploring that possibility. In this two-part episode, MOCRA Assistant Director David Brinker speaks with Batya Abramson-Goldstein, Executive Director of the St. Louis Jewish Community Relations Council, and Timothy O’Leary, General Director of Opera Theatre of Saint Louis.

Part 1 focuses on Opera Theatre’s 2011 production of the John Adams opera The Death of Klinghoffer, and how that opera became a springboard for interfaith conversation and action through the arts.

In Part 2, Ambramson-Goldstein and O’Leary discuss the genesis of an interfaith September 11 memorial service, and other lasting positive consequences of the interfaith collaboration that began with The Death of Klinghoffer.

Scroll down for a Listening Guide to the conversation. 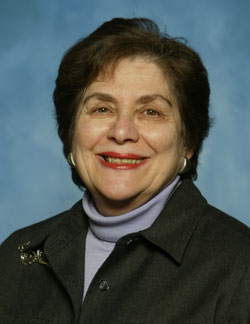 Her innovative program initiatives include the Riga Sister Community project linking St. Louis with the Jewish community in Riga, Latvia, and the JCRC’s Student to Student Program, which reduces prejudice by bringing Jewish high school students to schools in the Greater St. Louis area that lack a Jewish presence. Abramson-Goldstein believes deeply in the power of dialogue and relationship building. She is chair of the Interfaith Breakfast Dialogue Group, the oldest existing such group in the country. She is co-founder and co-chair of the Eden Theological Seminary/JCRC Christian/Jewish Dialogue group, initiated in 2007, and was a prime mover in the development of the JCRC's Sidney and Anna Frager Jewish/Muslim Teen Dialogue Group as well as the Hispanic/Jewish Dialogue Group, Shalom Amigos. She sits on the Cabinet of Interfaith Partnership/Faith Beyond Walls and is a past Chair. Through JCRC’s Michael and Barbara Newmark Institute for Human Relations, Batya worked with Opera Theatre of St. Louis on educational programming regarding the John Adams opera The Death of Klinghoffer, a collaboration which led to her engagement in the development of the group Arts & Faith St. Louis and its inaugural production, “An Interfaith Memorial in Music,” commemorating September 11, 2001.

Since this interview took place, Abramson-Goldstein retired from her role at the JCRC in 2015. She continues her active involvement with Arts & Faith St. Louis. 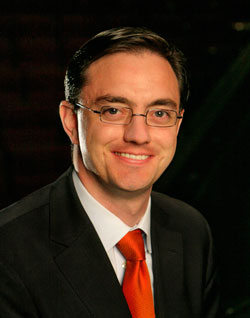 Timothy O’Leary has been General Director of Opera Theatre of Saint Louis since 2008, overseeing all institutional and artistic matters for the company. During O’Leary’s tenure, Opera Theatre has continued to earn international acclaim for its innovative programming and has achieved sustained growth in new audiences. Under his leadership, Opera Theatre launched its New Works, Bold Voices series in 2013, a cycle of world premiere American operas that embrace diverse cultural and musical influences and tell stories of the modern era. Also during O’Leary’s tenure, Opera Theatre has continued to present important but under-produced works, such as the first new North American production of John Adams’ landmark opera The Death of Klinghoffer since its original 1991 staging.

Prior to his appointment as General Director, O’Leary served as Opera Theatre’s Executive Director, working together with outgoing General Director Charles MacKay. Previously, he was part of the senior management team at New York City Opera, and was the first Managing Director of New York’s celebrated Gotham Chamber Opera. He has also worked as a staff stage director for companies including New York City Opera, Glimmerglass Opera, Florida Grand Opera, and others. His training includes an apprenticeship with San Francisco Opera’s Merola Program, graduate studies at Columbia University in Theatre Management, and an undergraduate degree in English and Drama from Dartmouth College. O’Leary serves as treasurer of the board of OPERA America, the national service organization for opera, and was also recently selected as one of 100 arts CEOs worldwide for National Arts Strategies’ “Chief Executive Program,” which included training at the business schools of the University of Michigan and Harvard University.

Jump to the Listening Guide for Part 2