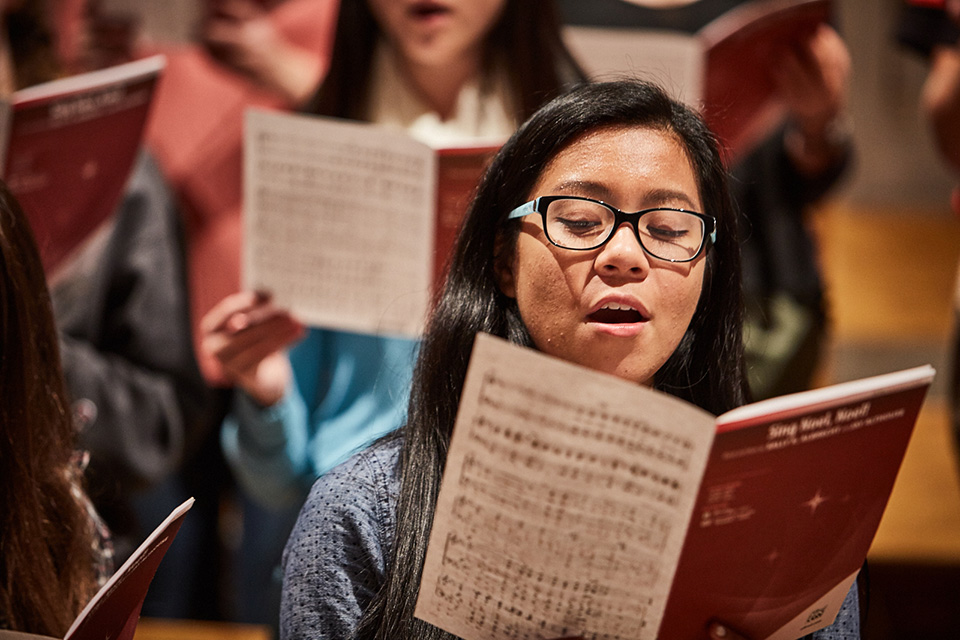 Auditions are required before enrolling in string quartets, the piano ensemble or Mastersingers. For all other ensembles, you may register in Banner with placement auditions occurring during the first week of classes.

Directed by David Kowalczyk, the study and performance of choral arrangements and masterworks for large mixed ensemble. Open to all students with some choral experience or vocal aptitude.

Also under the direction of David Kowalczyk, this ensemble is a highly selective, small group of vocalists who appear in frequent public performances of early choral music and a capella works. Entrance by audition only.

Directed by Eric Warren, the Saint Louis University Jazz Ensemble provides students with an opportunity for serious jazz performance. Typically, there is a standard big band and one or more smaller combos, depending on personnel.

Directed by William Hopkins, the Saint Louis University Guitar Ensemble is a group of classical guitar players that performs several recitals each year. Permission of the instructor is required.

Two sections of String Ensemble are offered, the Saint Louis University String Orchestra and a smaller section called Chamber Groups, both under the direction of James Nacy. These groups present at least one concert each semester. Permission of the instructor is required.

The Saint Louis University Wind Ensemble, under the direction of Chris Sakowski, concentrates on the rich American wind band tradition and offers one concert per semester.