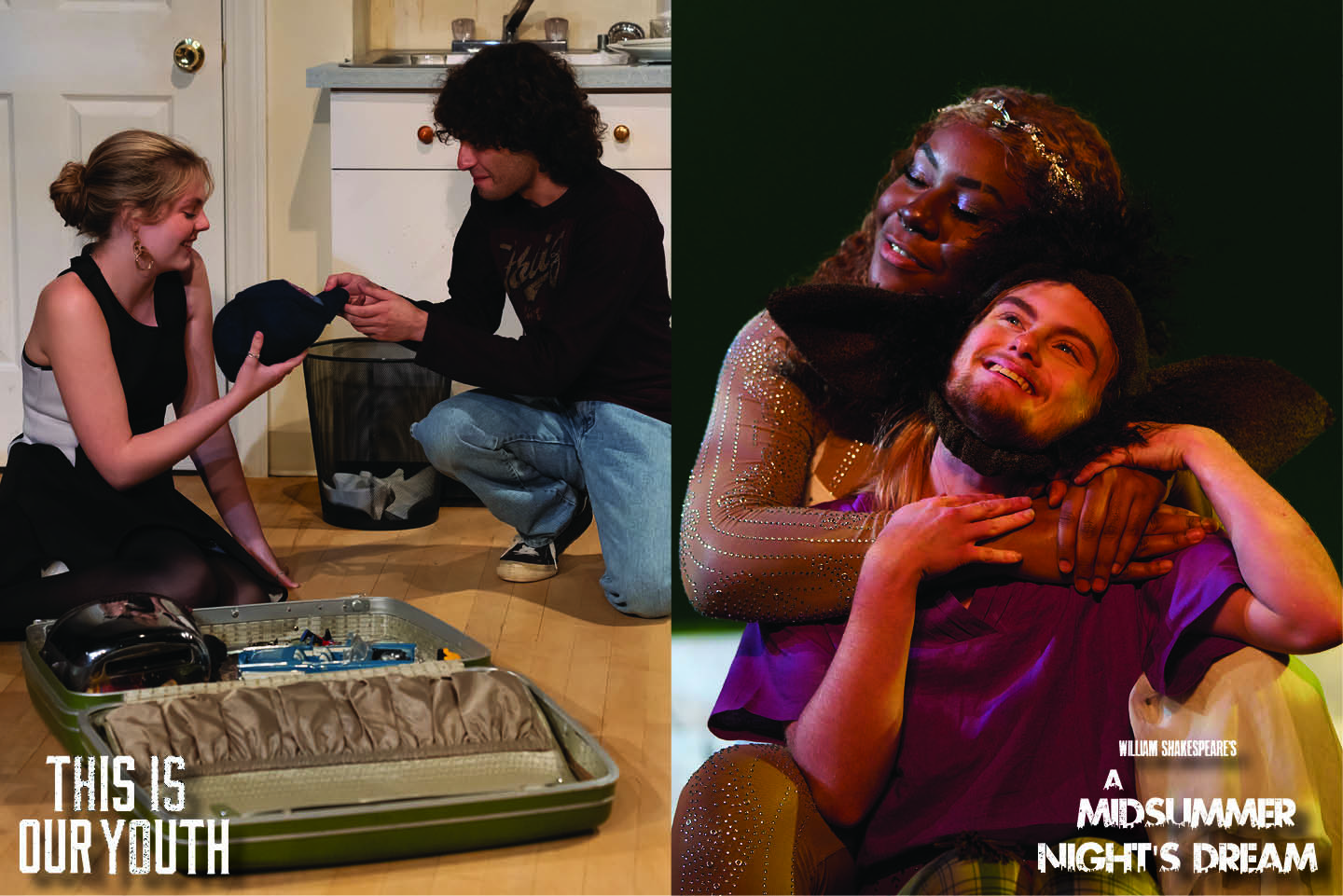 From the U Theatre & Dance's 2021 productions of This is Our Youth and A Midsummer Night's Dream.

When the locals in a small town in Russia learn that an undercover government inspector is coming for a surprise visit, an unfortunate case of mistaken identity sends the village spiraling into a world of panic and greed. The Government Inspector is often said to be Nikolai Gogol’s masterpiece, a comedy of errors that provides clever commentary on the extensive political wrongdoing of Imperial Russia. When it opened, it caused an uproar in the Russian press. Eventually, Tsar Nicholas I had to intervene in order for the production to move forward. Since its premiere in the 1830s, The Government Inspector has been translated and adapted for many different productions, most notably the Chichester Festival in 2005.

The inspiration for The Government Inspector came from a conversation between Gogol and Alexander Pushkin, another famous Russian writer. Apparently Pushkin had actually been mistaken for a government inspector at one point in his life. He mentioned this to Gogol, who then turned it into a play. Witty, smart and wildly satirical, The Government Inspector exposes the corruption of a provincial town with biting hilarity.

Everybody, a one-act play by Branden Jacobs-Jenkins, premiered Off-Broadway in 2017 at the Signature Theatre and was first published in 2018. It is a modern retelling of Everyman, the most well-known and anthologized example of a medieval morality play, which was adapted from a Dutch play by an anonymous 15th-century English writer. Morality plays first appeared in the 12th century, evolving from the Catholic Church’s cycle plays and liturgical dramas, which reenacted biblical scenes, and became popular in the late Middle Ages (15th/16th centuries). They began as religious allegories designed to teach the audience a moral lesson by representing abstract concepts and ideas as characters.

In Everyman, God sends Death to take Everyman, who stands in for all humankind, on his final journey. Along the way, Everyman meets characters who personify concepts such as Fellowship, Wisdom, Strength, and Discretion. However, they all abandon him, and he can only bring Good Deeds with him to gain entrance to heaven after he receives forgiveness from Confession. This medieval morality play was influenced by a philosophical shift following the devastation of the Black Death in the mid-14th century: the internalization of the idea that life is fragile, and that suffering and death could come to anyone at any time.

In this contemporary slice-of-life play written by Sarah DeLappe, an indoor soccer team, named The Wolves, practices drills as they prepare for a succession of games. As they warm up and talk about life, the players navigate the politics of their personal lives as well as the larger world, gossiping about things like war, menstrual products, genocide, sports, pop culture and their relationships. Each character struggles to define their own individuality while being a part of a team. They bond over a bag of orange slices and personal traumas.

The internationally popular game is now a fun-filled musical that brings the world’s best-known suspects to life and invites the audience to help solve the mystery: who killed Mr. Boddy, in which room, and with what weapon. The audience receives forms to help them deduce the solution from clues given throughout the fun-filled evening. Three audience members choose from cards representing the potential murderers, weapons, and rooms; there are 216 possible solutions! Only one hard-nosed detective is qualified to unravel the merry mayhem. Comic antics, witty lyrics, and a beguiling score carry the investigation from room to room. Even after the culprit confesses, a surprise twist delights the audience. This colorful crowd-pleaser was devised by the authors of Murder at Rutherford House and other popular interactive entertainments.  Clue: The Musical tickets.

Auditions and Technical Interviews to Participate in Upcoming Productions
6-9 p.m., Wednesday and Thursday, January 18 and 19, 2023, Xavier Hall, ground floor. Find more information and sign up to audition here.
If you would like to be considered for a role in one of the productions, you must audition.  Please fill out the audition form here.
If you would like to work on a show in a capacity other than performing, you need to interview with the technical team. Please fill out the technical form here.
If you have any questions, please contact the Production Office at produce.theatre@slu.edu

All SLU students are welcome!

To find out more about the audition process, view our Fine and Performing Arts: At a Glance document.

At a Glance | FPA

The University Theatre is located in Xavier Hall on the Saint Louis University campus at 3733 West Pine Mall, one block east of Vandeventer Boulevard and one block south of Lindell Boulevard. Parking for performances at this venue is available in the Queen's Daughters Hall lot located at 3730 Lindell Blvd.

Parking for the Kranzberg Arts Foundation venues as follows:

We will be following the health and safety protocols set up by our university in line with the CDC and St. Louis City guidelines. All ticketing, masking, distancing, etc. is subject to change based on these guidelines.

We are Missouri Artsafe Certified.

The University Theatre and Mark Wilson Studio Theatre in Xavier Hall rental inquiries can be sent to Joseph Stafford.

Teachers or administrators should contact Sara Rae Womack at theatre@slu.edu for booking or inquiries.