A former SLU faculty member, Jesuit Provincial, author, translator and longtime editor of Review for Religious, David Fleming, S.J. was an internationally recognized scholar and spiritual director who traveled and collaborated with colleagues all around the world, promoting the global mission of the University and the Society of Jesus. Fleming's legacy is one of global scholarship activity, and he was, in the words of one of his fellow Jesuits, "a giant."

The Fleming Fellowship was established to bring outstanding international scholars to SLU's campus to promote the University's Jesuit mission and the globalization of our campuses.

The Grueber Awards recognize members of the SLU community who share in the innovative and daring spirit by advancing the international and global mission of Johann Grueber, an early Jesuit of Saint Louis University.

Students and faculty are eligible for the awards. Recipients are considered based on their commitment to the study of globalization. 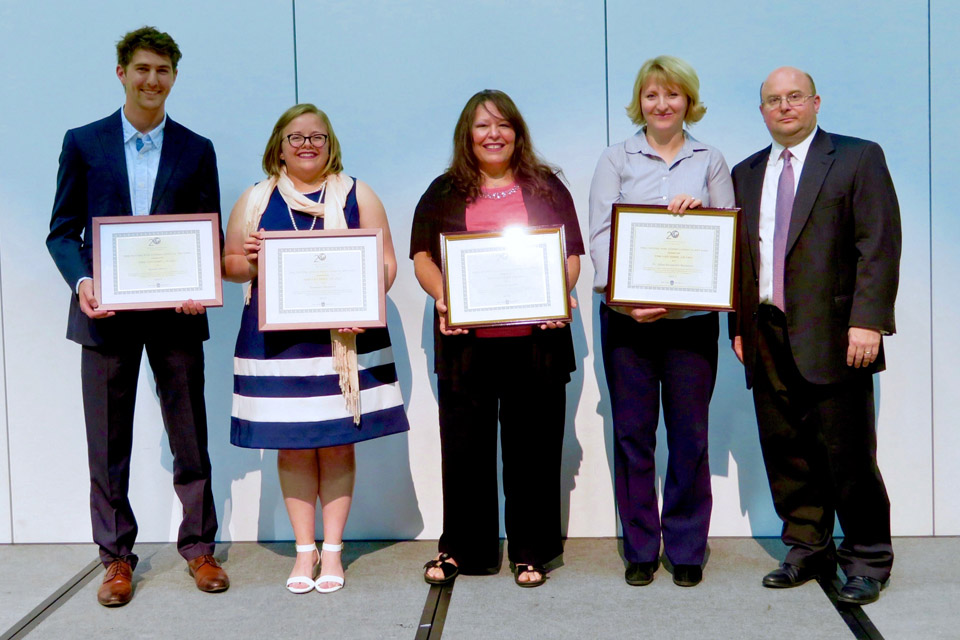