Saint Louis University's campus in Madrid, Spain, dates from a study abroad program launched by Raymond L. Sullivant, S.J., in the 1960s. Its success led Father Sullivant to offer classes in conjunction with the University of Comillas and then to establish an independent, permanent program, with its administrative offices and classrooms located between Madrid's Complutense University and the city center in 1967. 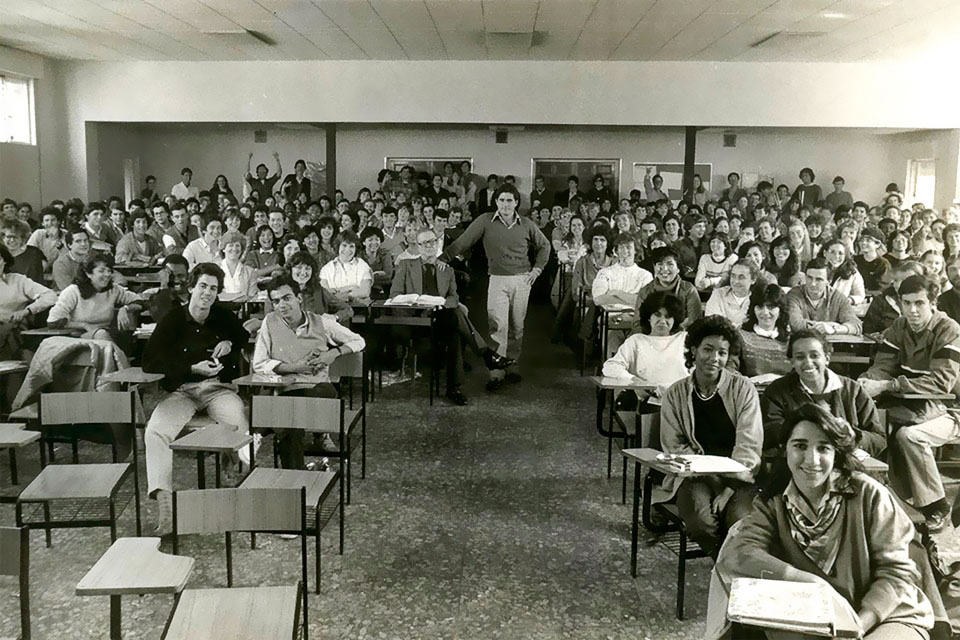 Shortly thereafter, several Spanish students, attracted to the University's liberal arts curriculum, enrolled in classes. Within a decade the campus was home to hundreds of students. Our program expanded, providing a full range of courses and a library, which permitted Spanish and European students to complete the first two years of their undergraduate studies in Madrid.

Our distinct position as the American Jesuit University in Spain prompted SLU to build a campus. In 1990, it purchased the buildings that now stand as Padre Rubio and Padre Arrupe Halls. In 1996, SLU-Madrid was the first U.S. university to receive official recognition from the Consejería de Educación y Cultura, Madrid's higher education authority; degree programs offered in Madrid are also accredited by the University's regional accrediting agency in the U.S., the Higher Learning Commission.

In 2011, the University expanded its Madrid Campus further with the acquisition and renovation of San Ignacio Hall, providing additional space to support both students and faculty, including a new library, cafeteria and auditorium.

In addition to expanding its facilities, SLU-Madrid has increased its academic offerings, most recently opening majors in computer science and marketing as well as a master's degree in political science. The campus received special recognitions for its international programs in nursing and hosts visiting students pursuing undergraduate degrees in engineering and the natural sciences.

Our campus is recognized today for its highly rigorous and transformative educational programs in Spain. SLU-Madrid remains committed to the ideals of service and leadership that the University, its students, faculty and staff have upheld since 1818.