On the Front Lines of Addiction Treatment 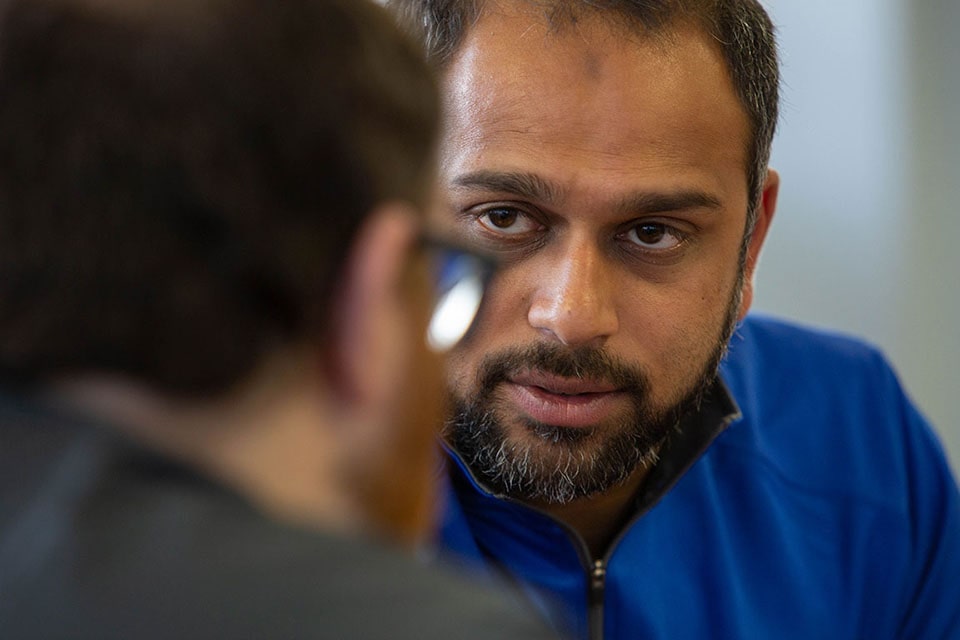 ARCA Executive Director Suneal Menzies, A&S ’07, has been a leader in the addiction recovery field for so long he can’t recall a time when the fight against addiction wasn’t part of his life.

Suneal’s father, Percy Menzies, was a Vice President of DuPont Pharmaceuticals, which was first marketing naltrexone in 1989 for opiate dependency. At the time, addiction medicine was dominated by the 12-step model—and there was little role for medication in the conversation around addiction. Percy, however, saw the promise of a medication-first model, and founded ARCA—with limited success—until heroin changed everything.

In 2009, when heroin flooded the market—the federal and state government came to ARCA looking for a medication-first model. Addiction is a brain disease that affects the pleasure system—creating a complex interaction of messenger chemicals, receptors, memory, motivation and emotions. This understanding led to the development of highly effective medications that, when combined with behavioral therapies, restore the disruption caused by drugs and alcohol.

The medication-first model combined with the 12-step therapeutic model, is showing to have significant effectiveness over the long-term—for the widest group of people. “The 12-step model is phenomenal for some groups, the concept of the camaraderie, the banding together, people being united in terms of fighting for the same goals, for those that truly believe in a higher power or spiritual being—it’s this great sense of ‘I can take control back over some of the basic things.’ But what science has shown is that addiction, chemical dependency, is a treatable brain disease. The most effective way to really treat the disorder, is through the combination of these non-addictive anti-craving medications coupled with psychiatric and psychological care, when possible on an outpatient basis,” said Suneal.

Who Is ARCA Helping?

Everyone. Addiction doesn’t discriminate by age, income, or gender. People are struggling with all type of addiction—including opioids, cocaine, gambling, sex and alcohol. “We forget about alcohol sometimes because with the opioid epidemic it’s kind of overshadowed, but approximately 270 people die every day in this country from alcohol. That’s like a jumbo jet going down every day,” said Suneal.

Today, the demand for ARCA services is significant, and with only 20 providers, much of the need is met via telemedicine. There are 37 telemedicine sites throughout Missouri, six in Iowa, and planned expansion in Nebraska and Arkansas. There are also ARCA facilities in Phoenix, Baltimore  and Georgia. In 2018 ARCA saw approximately 48,000 unique patients both virtually and on-site for over 100,000 patient visits.

Because ARCA is a significant partner for many of the mental health centers around the state to provide the prescription and the medication piece of addiction treatment, SLU’s Director of Addiction Medicine, Fred Rottnek, M.D., joined ARCA as Medical Director in March 2018, and took a leadership role in standardizing care for addiction.

“Even though we have great guidelines from SAMHSA (Substance Abuse and Mental Health Services Administration), the CDC (Centers for Disease Control and Prevention) and other agencies in general on how to use [addiction] meds, nobody I’ve seen really has broken it down to what is the first three months of Suboxone treatment look like or buprenorphine? In terms of how often does somebody or should somebody come to the office? How often do you fill a prescription? How do you manage refills? How do you put the therapy piece in? How do you do drug screens?” explained Dr. Rottnek.

The plan isn’t necessarily the same for all patients, but the team at ARCA is starting with a template that they can customize for each patient. “We’re up to about 35 pages now of not just opioids, but treatment for alcohol withdrawal, alcohol maintenance, tobacco, etc.” said Dr. Rottnek.

We forget about alcohol sometimes because with the opioid epidemic it’s kind of overshadowed, but approximately 270 people die every day in this country from alcohol. That’s like a jumbo jet going down every day.

The new classes of anti-craving medications are radically different than drugs used in the past. These medications are safe, effective and are either non-addicting or have a low abuse potential and are to be used for a limited amount of time. The tools available to the ARCA team include eight FDA-approved medications for addiction—including naltrexone, acamprosate, buprenorphine, varenicline, ondansetron, topiramate, baclofen and modafinil.

Care providers are looking at addiction through a “backwards and forwards” lens at ARCA. While medications restore the neurochemical disruption, advances in behavioral therapies like cognitive behavioral therapy (CBT) are able to complement the anti-craving medication by helping patients achieve long-term relapse prevention.

“ARCA’s been around for close to 20 years. The focus at ARCA has always been on outpatient management of addictive disorders and psych disorders, not a focus on inpatient programs, because we’ve learned over the years the traditional 20 and 30-day rehab programs—most people don’t do anymore, and they don’t really have any effect on long-term sobriety. Usually if somebody goes [to a 30-day program] it’s because they have money, they have insurance, someone has failed every other type of program or the family needs a respite,” said Dr. Rottnek.

“At ARCA we really focus on people recovering at home, getting them through the initial withdrawal from opioids or alcohol as quickly as possible, helping them with maintenance meds, therapy, family therapy, if indicated, other social service supports to help them move along that continuum to thriving,” said Dr. Rottnek.

“ARCA is focused on helping patients manage the stressors and struggles that cause people to say, ‘I need something to feel normal,’” explained Suneal. “When the brain gets hijacked by these substances, then it’s no longer about I want to get high or I want to do any of those things. It’s just about feeling normal. In that sense, that’s where science has come in to say if you can control the biology, urges, cravings, thoughts, desires, wants and physical symptoms that come from going into withdrawal, the outcomes will be substantially better. Once you control that, then it gives patients a chance to really focus on being well.”

“Ultimately we say addiction is an accidental disease. Our goal as treatment providers should be to make it incidental. A patient should look back and say, ‘I have successfully extinguished the need and the triggers that lead me to say I need something to feel okay.’ That’s ultimately where our philosophy and the research has come a long way,” said Suneal.

A Pathway For Student Work

A large part of ARCA’s work is training the next generation of providers to become addiction-aware. ARCA has plans to train SLU School of Medicine family medicine and psychiatry residents, nurse practitioners and PAs via preceptorships, mentorships, practicum hours and rotations. ARCA also provides an opportunity for clinical programming for the SLU psychology and social work students.

The climate around treating people with addiction disorders is rapidly changing, as more providers are getting the education and tools to become leaders in beginning these often difficult conversations with their patients and offering tangible solutions. The problem of addiction once thought to be a psychiatry issue—is now rapidly moving into primary care.

Part of Suneal’s job is to precipitate these changes within his leadership role on the Missouri Opioid State Targeted Response Team. “We’re starting to see even medical providers—they’re less fearful of dealing with this type of patient because it’s now a primary care issue. The opioid crisis has created a landscape and a medical environment where every single provider should be on the lookout for [addiction],” said Suneal.

At the same time, illicit drugs are getting stronger as manufacturing practices are shifting to China. While 2018 was the year of heroin laced with fentanyl, the team at ARCA fears that 2019 will see an uptick in cocaine cut with fentanyl—exceptionally more dangerous than heroin plus fentanyl, because it’s likely to be used by people with a high tolerance to opiates.

ARCA is working in a climate where many people who are trying a drug for the first time are dying—because drugs are becoming purer, more lethal and stronger. Which makes ARCA’s ability to reach more patients and providers more urgent than ever.

Support the School of Medicine

When you give to Saint Louis University, you make a difference in the lives of others. By helping to fund world-class education, leading-edge research, compassionate health care and mission-focused service, you become SLU’s partner in serving a higher purpose and seeking the greater good.

Thank you for sharing our belief in the power of Jesuit education, research and health care to change lives.