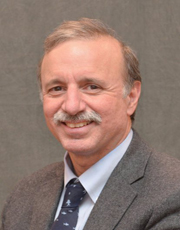 Dr. Mark A. Varvares, native of St. Louis, Missouri, is a graduate of Saint Louis University School of Medicine, 1986. He completed residency training in Otolaryngology-Head and Neck Surgery at The Massachusetts Eye and Ear, Harvard Medical School in 1991 and a fellowship in head and neck reconstructive surgery at Massachusetts Eye and Ear in 1992.

Varvares served as a member of SLU faculty and Harvard faculty until 2003 when he was named Department Chair at SLU and the first recipient of the Donald and Marlene Jerome Endowed Chair in Otolaryngology-Head and Neck Surgery. While at SLU, he successfully established and developed the multidisciplinary head and neck oncology program and served as director of the SLU Cancer Center. Varvares is known for his exemplary teaching skills and strong mentorship of faculty, residents, medical students, and staff. 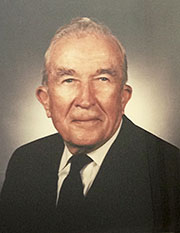 Dr. William B. Harkins was born in Macomb, Illinois and was a graduate of Johns Hopkins University School. He joined Saint Louis University School of Medicine in 1936. In 1969, he was named as the first full-time Chairman of the Department of Otolaryngology. When he retired in 1977, he was named Chairman and Professor Emeritus of the Department of Otolaryngology.