History of the Department of Surgery 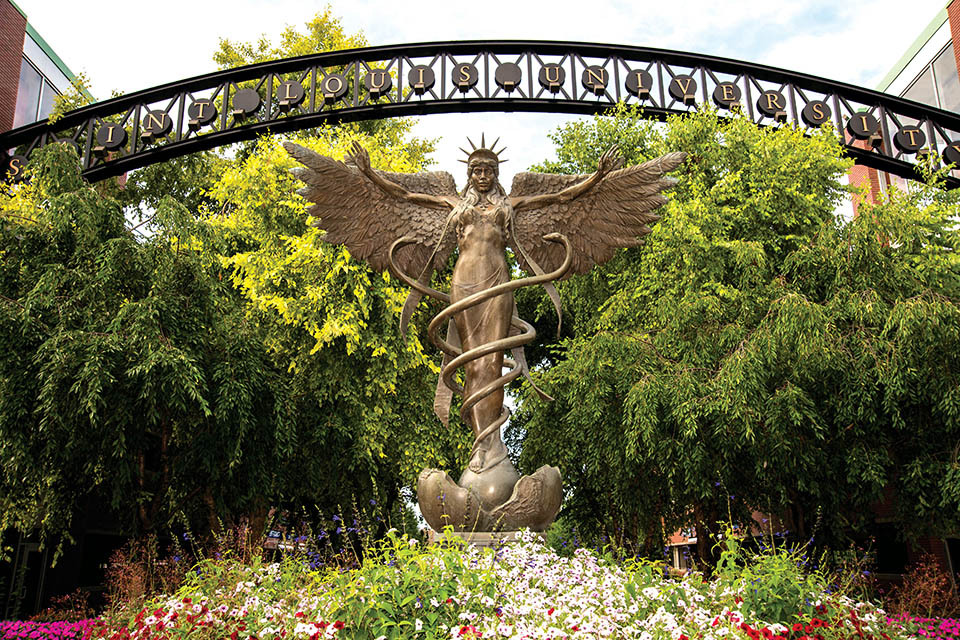 Saint Louis University is one of the nation’s oldest and most prestigious Catholic universities.

The Department of Surgery was founded in 1837, earlier than the medical school, under the leadership of the first professor of Surgery at Saint Louis University - Dr. William Beaumont. He was a U.S. Army surgeon who was known as the “Father of Gastric Physiology” for his research that led to the discovery of the role and function of stomach acid. The Department was a part of the medical school throughout this portion of history until the catalyst to the modern era arrived in the mid 1900’s: Dr. C. Rollins Hanlon.

Dr. Hanlon was a Baltimore native, attended college at Loyola University, medical school at Johns Hopkins University, and surgical residency at Johns Hopkins as an apprentice of Alfred Blalock. He became the first full-time chairman of the Department of Surgery. He brought advances in cardiac surgery to the area, and his research helped pioneer early open-heart surgery and heart transplant procedures. While the surgical residency was initiated by Dr. William T. Coughlin during his tenure from 1920-1940, it was Dr. Hanlon that established the modern surgical residency at SLU in 1950. During his tenure, the department grew to a complement of thirty full-time faculty members. He was the chair of surgery until 1969, when he left to become the longest-serving director of the American College of Surgeons. His direction led to Saint Louis University performing the first heart transplant in the Midwest in 1972. This was made possible through years of work on canine heart transplantation, followed by baboon heart transplant research. The fifth floor of the medical school during this time was home to a significant baboon colony. Dr. Hanlon was succeeded by Dr. Vallee Willman, under which the residency expanded to several off-campus private institutions as well as the St. Louis Veterans Administration Hospital. Additionally, Cardinal Glennon Hospital for Children, on the University Campus, opened in 1956 and remains an integral part of the training of the general surgery residents.

In the modern day, Saint Louis University School of Medicine is guided by our enduring Jesuit mission in the pursuit of excellence in education, research, clinical care, and community engagement through professional development, collaboration and social justice.