Introduction to Western Art; Art of Cathedrals and Kings; Art of Pilgrimage and Crusades; Art and the Body; The Art of Jerusalem and Three Faiths: Past and Present; Islamic Art and Society; Northern Renaissance Art; Art History Seminar; Research Methods

Fleck's current projects encompass her various interests involving the art of the Mediterranean.  One project is a book entitled Reimagining Jerusalem’s Architectural Identities in the Later Middle Ages, which examines how Christians and Muslims in the Crusader era of the Middle Ages (1187-1382) understood Jerusalem’s history and used the representation of its monuments as instruments of power, persuasion, consolation, and spirituality. The study moves back and forth across the Mediterranean to look at representations of Jerusalem and how they express shifting Christian and Islamic religious concepts. She is also working on essays for collections of essays regarding crusader art and architecture. Her other interests involve the medieval city of Naples. She is co-organizer of a conference (2022) called “Gateways to Medieval Naples,” co-sponsored by The Edith O’Donnell Institute of Art History at the University of Texas at Dallas / Centro per la Storia dell’Arte e dell’Architettura delle Città Portuali, Naples and the Samuel H. Kress Foundation.

In addition, she is co-leading a project at SLU entitled Artful Observation that engages with pre-medical undergraduate programs in the College of Arts & Sciences and Physical Therapy in the Doisy College of Health Sciences. We have collaborated with their faculty to establish curricular and research programs based on evidence-based methods about training with the visual arts to help students develop their attentiveness, descriptive skills, individual and collective awareness, and empathetic capabilities.

Feminae Women and Gender Index, Article of the Month, Aug. 2006: For “Visual and Textual Literacy in the Frescoes at Santa Maria Donnaregina in Angevin Naples.” In The Church of Santa Maria Donna Regina: Art, Iconography and Patronage in Fourteenth-Century Naples. Eds. J. Elliott and C. Warr. Aldershot: Ashgate Press, 2004: 109-128. 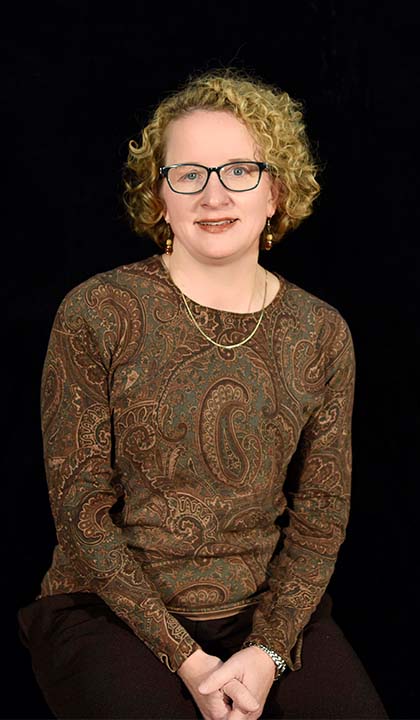