Hosted each year by the Boeing Institute for International Business, the Boeing Distinguished Guest Lecture Series brings leaders from around the world to the Chaifetz School of Business to share perspectives on international business with students, the region's business leaders and the community.

The Boeing Institute of International Business hosted the annual Boeing Distinguished Guest Lecture on Thursday, January 24 in the Anheuser-Busch Auditorium at Saint Louis University's Chaifetz School of Business. Dr. Szabó facilitated an engaging question and answer session after his lecture, and a reception followed in the Shanahan Atrium.

A special thank you to The Boeing Company for sponsoring this event. 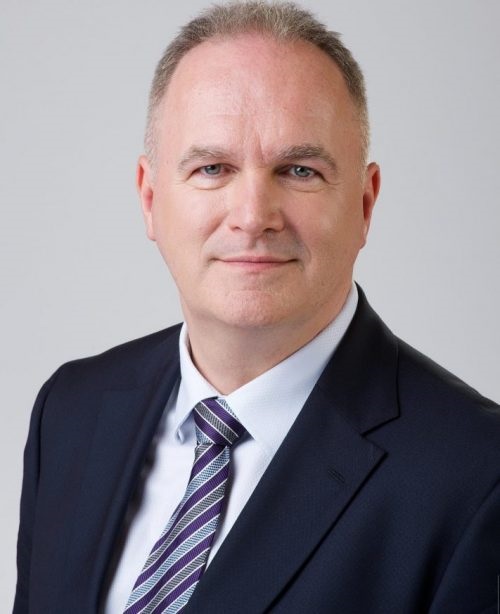 Dr. László Szabó was appointed Ambassador of Hungary to the United States in July 2017. Prior to his arrival in the United States, Ambassador Szabó served as Deputy Minister of Foreign Affairs and Trade in Hungary from 2014 to 2017. His work at the Foreign Ministry followed a long and distinguished career in the pharmaceutical industry, namely as Vice President of Eli Lilly, a Fortune 500 company based in Indianapolis. Ambassador Szabó also served as CEO of TEVA Hungary from 2010 to 2014.

In 1990, Ambassador Szabó graduated from Debrecen Medical University, Hungary with a doctorate in medicine. He is married and has three daughters.