Chaifetz Center for Entrepreneurship Advisory Board

The Chaifetz Center for Entrepreneurship at the Chaifetz School of Business is advised by a successful group of alumni and friends committed to the Center's mission to advance a culture of entrepreneurship and innovation throughout the university community by fostering collaboration and enhancing communication in support of Saint Louis University's future and current students, faculty, staff and alumni.

Members of the Chaifetz Center for Entrepreneurship Advisory Board: 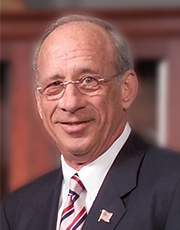 Donald Ross As a senior executive who worked his way up through the Enterprise Rent-A-Car ranks, Donald Ross, former Vice Chairman of Enterprise Holdings Inc., was in the car rental industry for more than 50 years. Ross joined Enterprise Rent-A-Car in 1964, only seven years after the company’s founding. He was instrumental in the company’s growth and played a key role in the development of its Car Sales and Truck Rental business divisions.

The company and its affiliate Enterprise Fleet Management together offer a total transportation solution, operating nearly 1.9 million vehicles throughout the world. Combined, these businesses – accounting for $22.3 billion in revenue in fiscal year 2017 – include the Car Sales, Truck Rental, CarShare, Rideshare vanpooling, Zimride, Exotic Car Collection, Car Club (U.K.) and Flex-E-Rent (U.K.) services, all marketed under the Enterprise brand name. The annual revenues of Enterprise Holdings – one of America’s largest private companies – and Enterprise Fleet Management rank near the top of the global travel industry, exceeding many airlines and most cruise lines, hotels, tour operators, and online travel agencies.

Ross began his career at Enterprise as a Management Trainee and had many responsibilities, from customer service to controlling inventory. In 1969, he was promoted to Branch Manager in one of the five St. Louis locations at that time. In 1972, he and his family moved to Kansas City and introduced Enterprise and its brand of service to that metropolitan area. During his eight years in Kansas City, he also played an important role in the company’s nationwide expansion.

A member of Enterprise’s Board of Directors, Ross is also active in business, civic and community organizations throughout St. Louis. He currently is a member of the Drury Development Corporation Board and serves on the Missouri Bar’s Judicial Performance Review Committee. He serves as Vice Chairman for the Missouri Baptist Hospital Board; is a member of the National Council of the Institute for Public Health at Washington University in St. Louis; and is former Chair of the board of BJC Health Care.  He is Chairman of the Board of the Roman Catholic Foundation of Eastern Missouri and a former board member for the St. Louis Muny Opera and DeSmet Jesuit High School. Ross is also a recipient of the Order of St. Louis King Award, the highest award given by the Archdiocese of St. Louis, for providing consistent and outstanding service to the work of the church. Ross served as the 2016 Chair of the Alexis de Tocqueville Society for the United Way. Additionally, Ross served on the Appellate Judicial Commission to nominate judges for the Supreme Court and Appeals Court of Missouri for six years.

Ross Chaifetz serves as Principal at Chaifetz Group, where he is responsible for the oversight of the firm’s investments and portfolio construction including the sourcing, diligence, deal execution, and portfolio management of investment strategies spanning venture capital, growth equity, real estate, and more. He has served on the Board of Directors for Chaifetz Group holdings including BacklotCars (Acquired by KAR Global; $425mm), Factor75 (Acquired by HelloFresh; $280mm), 15Five, SaveWave Energy (Acquired; undisclosed), Pixel Press, Cargo Systems, and more.

Ross also serves as Director of Strategy at ComPsych Corporation, the pioneer and world’s largest provider of employee assistance programs, mental health, and wellness solutions. He is responsible for the advancement and innovation of the company’s products and services, which are delivered to more than 55,000+ organizations and 150 million+ individuals in over 160 countries. 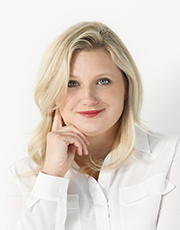 Meghan Gaffney is responsible for making the veda experience exceptional for our team members, customers and partners. She provides resources and strategic leadership to our employees and serves as a liaison to customers and partners. With over 15 years of experience working with federal and state elected officials and consulting on technology opportunities, she has experience helping people– from elected leaders to impact organizations– achieve their goals. She is a passionate advocate for Artificial Intelligence and Machine Learning, and believes it will create unprecedented economic opportunity for the United States and the world. Meghan has a growing list of accolades, including being named the 2017 Vinetta Project Venture Challenge winner, winner of the MedStar Health and 1776 #Patient2Consumer startup challenge, and has been named Startups to Watch in 2018 by DCInno and DCA Live: Red Hot Entrepreneurs in DC tech and business community. She is a contributing author for Entrepreneur Leadership Network. 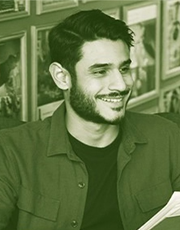 Gabriel Gonzalez is a Venezuelan entrepreneur. He is a co-founder and the co-CEO at Casalú. A brand built to pay homage to Latino Culture. Their flagship product is a dark aged rum seltzer. 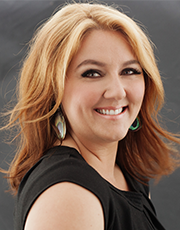 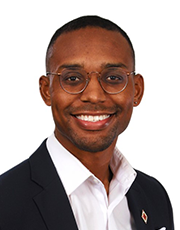 George Leno Holmes Jr received his PhD in Mechanical Engineering at Missouri University of Science and Technology. His academic research focused on the intersection of human-robot interaction, mechatronic design, and robotics - including the mathematical derivation, software simulation and hardware implementation of advance sensing and control algorithms. He began research on Hire Henry while working on his BS in mechanical engineering in 2015.

Academically and commercially, he has developed and managed teams of graduate and undergraduate students in building autonomous research robots in software and hardware including design of individual components, part selection, performance testing, and control algorithm implementation. He has experience in industrial automation, working with a variety of sensors and actuation products on consumer, pharmaceutical, and precious metal production lines.

As co-founder and CEO of Hire Henry, he leads the development of the company's R&D plan, strategic milestones, intellectual property protection, company formation, fundraising, and network security. Additionally, he is involved in product design, fabrication, and software integration. 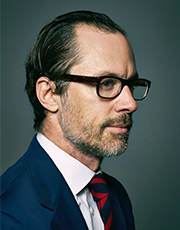 R. Adam Smith is one of the leading experts in private company financings, having served as an investor, advisor, or financier to over fifty venture and private equity-backed companies since the mid-1990s.

Adam is a managing director at Salomon Brothers (a wholly owned division of Salomon Encore), a re-emergent force in global investment banking based in NYC. Adam is head of global mergers and acquisitions for the firm, and manages the firm’s corporate brand and accomplished global advisory board.

Through private equity partnerships he has directly led and/or sponsored since 2002, Adam has invested in over a dozen privately-held companies (including seven acquisitions) with a combined $600 million in sales and over $250 million of contributed equity invested capital, while also forming and serving on the Board of Directors, or Advisory Boards, of each company.

Earlier, Adam has been an external advisor to Bain & Company, the world’s most respected global consultancy firm founded 1973.  In 2002, Adam founded Circle Peak Capital LLC, a private investment merchant banking partnership which has served tens of limited partners with over $50 million in direct equity investments over time. The partnership is based in NYC, controlled by a private holding company, RAS Capital Partners LLC.

Earlier in his career, Adam served as a principal at two leading NYC private equity firms, each holding over $2 billion in aggregate managed equity capital at their peak. At Caxton-Iseman Capital, an affiliate of Caxton Associates, one of the world’s legendary alternative investment organizations (founded 1993), Adam led several leveraged buyouts worth over $1.5 billion including a going-private transaction, at the time, the largest transaction for the firm since its founding.

Adam was prior, the first employee, and instrumental in the success, of a global emerging markets (half a billion dollar) hedge fund formed in 1996, Columbus Advisors LLC.  Columbus was formed by the former heads of Merrill Lynch emerging markets.

Adam is an active alumnus of CBSGSB, a founding board member of the CBSGSB Private Equity Advisory Board, and a founder in 1996 of the school’s now legendary Investment Management Conference.

Adam is the sole founder of Wisdom Board Inc, founded 2020, a pioneering strategic advisory firm providing multi-faceted and thoughtful advice to Boards and their company directors, members, CEOs, and investors.  Wisdom Board empowers private company Board of Directors to optimize, inform, fortify, and modernize their governance to ensure best-practices, optimize shareholder value, and mitigate conflict and related liability.  Wisdom Board has received accolades from the media, produced over 20 proprietary podcasts, and received sponsorships from a dozen leading global organizations. www.wisdomboard.co

Adam is an expert in investment banking, alternative investing, governance, and the branded space with a focus on all matters related to the consumer (including luxury, accessories, retail, apparel, beauty, art and design, digital & media, food & beverages, wellness, real estate and wealth management).  Adam is a founding special advisor, from 2010, to hedge fund platform, Stride Capital LLC.

Adam is married and a proud father of three children, is active in foreign affairs, the arts, design, and is an avid collector. Adam has been a host, patron and / or sponsor of numerous arts related events including the International Fine Art and Antique Show, Weill Carnegie Recital Hall, The Avenue Show.  Adam is a special advisor to C1760, one of the world’s most respected private art galleries with origins back to 1760.  Adam has been an amateur classical pianist since the age of 5.

Adam is an active patron, innovator, and philanthropist, including his roles as Founder of Caring Capitalism, Co-Founder of Leukemia Fighters at Weill Cornell College (one of the leading oncology non-profits affiliated with a top U.S. hospital), board member of the Musicians Treatment Foundation (the leading national injury treatment non-profit for musicians); previously, a board trustee of VentureCapital.org, a founding board member of National Sawdust (aka, Original Music Workshop) in Brooklyn, advisor to the leading museum of innovation in craft, art, and design (founded 1956), the Museum of Arts and Design, a special advisor to the Tanenbaum Center, and founding member of the Dean’s Advisory Board of the Frederick S. Pardee School of Global Studies of Boston University. 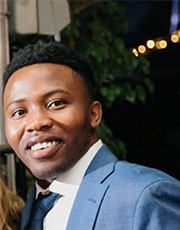 Ryan Smith is an undergraduate student at Saint Louis University's Chaifetz School of Business focusing on entrepreneurship and marketing. Growing up in Jamaica taught me several lessons about hard work and how to carry myself. Smith is an active member of Sigma Tau Gamma Fraternity and enjoys volunteering in the community.

Alison Talbot is a versatile Chief Operating Officer (retired), Certified Public Accountant, nonprofit board member, and volunteer. Her extensive experience in retail and wholesale management, international operations, business development, supply chain, finance and accounting positions her to support and mentor local entrepreneurs. Talbot prides herself on being a strategic thinker, dynamic leader and cross cultural team builder. When she's not supporting the St. Louis innovation ecosystem, you can find her traveling to destinations around the world.

Talbot is a graduate of Saint Louis University with a B.S.B.A. in accounting and a B.A. in political science. During her time at SLU she also competed as a Billiken scholar athlete. Talbot currently advises the Chiafetz School of Business as a member of the Chaifetz Executive Board. 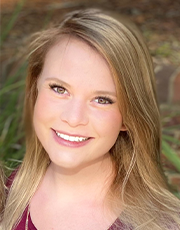 A Chaifetz Center for Entrepreneurship alum and current Greenville, SC resident, Lachlan Werner was one of the youngest contestants to appear on ABC’s hit show Shark Tank and partner with multiple “Sharks”. Lachlan currently serves as a Sales Engineer for the industry leading association management software, FRONTSTEPS, having guided development of their flagship product as the Agile Product Owner on both web and mobile platforms. Prior to her time at FRONTSTEPS, Lachlan served as an analyst with Wells Fargo’s Technology, Media, and Telecom team. With over a decade of entrepreneurship experience, Lachlan is passionate about teaching entrepreneurial skills to students of all ages having witnessed firsthand how an entrepreneurial mindset is beneficial in all areas of corporate America.

Stay in the Loop with the Chaifetz Center for Entrepreneurship 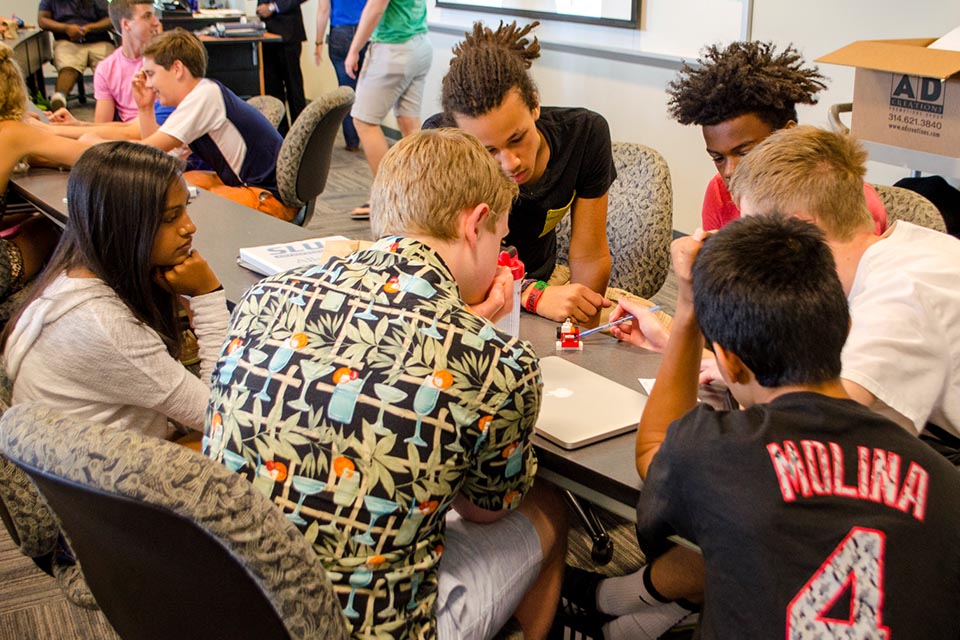