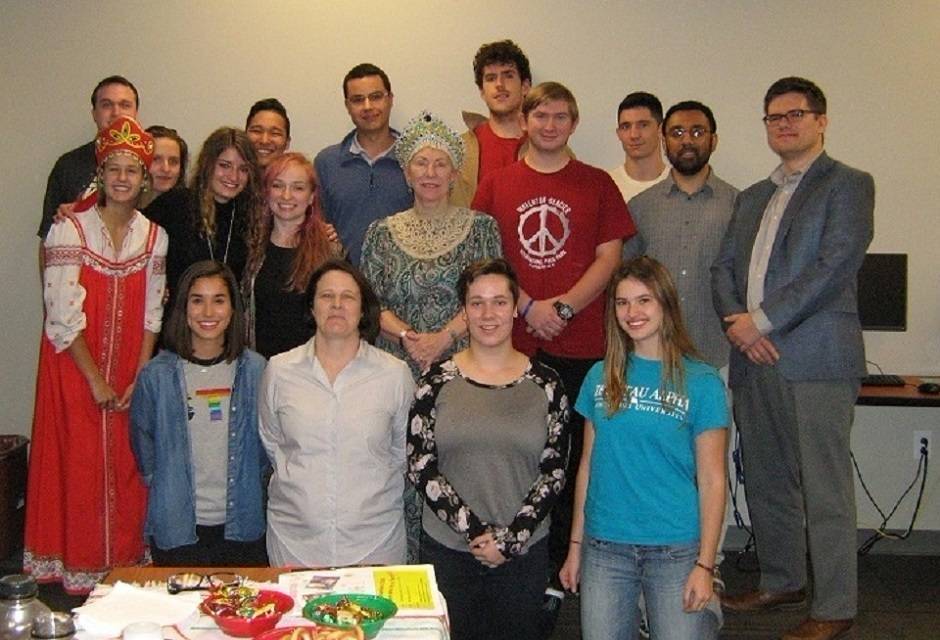 Our current program emphasizes a communicative learner-centered approach to the language classroom, where students quickly immerse themselves in Russian language and culture by presenting on a wide range of topics. Students often pair their degrees in Russian studies with related areas such as computer science, international business, history, political science, social work, chemistry, biology and international studies.

The Russian Club has existed since the 1950s when interest in Russian was boosted by Russian achievements in air-space explorations. The club was one of the few available sources of knowledge and experience of Russian traditions and lifestyle. 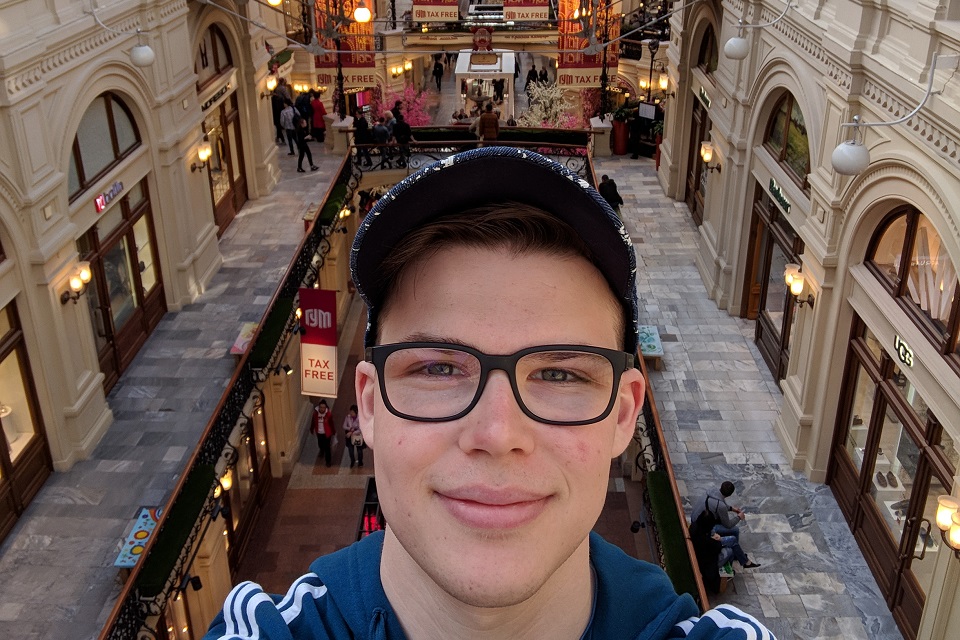 Здравствуйте! I’m Jake, a senior majoring in computer science and Russian studies. I’m a member of the SLU Russian club, and a passionate advocate for the SLU Russian program. I became interested in Russia when I was still in high school, where I became close friends with several exchange students from Russia, Eastern Europe, and Central Asia. I decided to pursue Russian academically when I came to SLU, and I fell absolutely in love with the language and culture. In Spring of 2018, I studied abroad in St. Petersburg as part of the Bard-Smolny program. I enjoyed my time there immensely, and I strongly encourage everyone to visit – even those who don’t speak Russian.

In the future, I hope to combine my knowledge of computers and network technology with my language and cultural experiences in my career. What exactly I will be doing in ten years I couldn’t say, but I hope the combination of language and technology skills will open some doors for me, and for anyone else who decides to combine a STEM degree with a foreign language. As an aside, languages are not limited simply to those who are pursuing international business, political science, diplomacy, or a related field. They are useful for hard science and engineering, as well!

Members of our faculty are nationally recognized for teaching expertise,  leadership and scholarly research.

Do  you want more information on graduate school?