Other Dates For This Event:

The series will run from Aug. 27 through Sept. 24, via Zoom.
Register in advance at this link:
https://slu.zoom.us/meeting/register/tJ0qcuGgqDIrHtRRmq3xGuM4uwiga3TpbZ1i
After registering, you will receive a confirmation email containing information about joining the meeting.

Active in the civil rights movement in the ’60s and ’70s, Suggs was chairman of the Poor People’s March on Washington in 1968. Later he became founder and chairman of the African Continuum, organized to bring serious, non-commercial African American artistic endeavors to St. Louis, and held several other positions of leadership in the art scene in New York and St. Louis. He was the first African American president of the Convention and Visitors Bureau of St. Louis (now Explore St. Louis) and currently serves on the St. Louis Art Museum Board of Commissioners and its Collections Committee.

He has been awarded honorary degrees from SLU, among other universities; 12 area colleges and universities including SLU offer annual scholarships to students in his name. 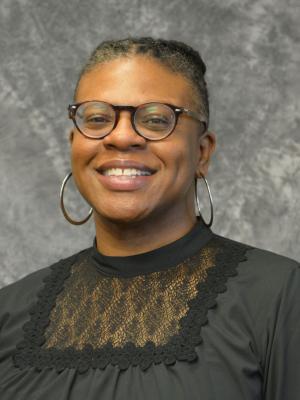 Keona K. Ervin, Ph.D.
Associate professor of history at University of Missouri-Columbia
St. Louis native Dr. Keona K. Ervin is an associate professor of history at the University of Missouri-Columbia. She earned a B.A. in history and African and African American studies from Duke University and an M.A. and Ph.D. in history from Washington University in St. Louis. She is the author of the award-winning Gateway to Equality: Black Women and the Struggle for Economic Justice in St. Louis. A recipient of the Career Enhancement Fellowship from the Woodrow Wilson National Fellowship Foundation, she has published peer-reviewed articles, reviews and essays in International Labor and Working-Class History, Journal of Civil and Human Rights, Souls: A Critical Journal of Black Politics, Culture and Society, New Labor Forum, Los Angeles Review of Books, Labor: Studies in Working-Class History, Journal of Southern History, and Journal of American Ethnic History.