American Election Law in a Post-Truth World
Rapid technological change and the rise of social media have upended the traditional media’s business model and radically changed how people communicate, educate, and persuade. The decline of the traditional media as information intermediaries has transformed and coarsened social and political communication, making it easier for misinformation and vitriol to spread. The result? Political campaigns that increasingly take place under conditions of voter mistrust and groupthink, with the potential for foreign interference and domestic political manipulation via new and increasingly sophisticated technological tools. Such dramatic changes raise deep questions about the conditions of electoral legitimacy and threaten to shake the foundation of democratic governance.

This conference considers how this challenging information environment will affect election law in areas such as campaigns, campaign finance, and voting rights, and what election law might be able to do about it. The keynote speaker is Richard L. Hasen, Chancellor’s Professor of Law and Political Science at the University of California, Irvine. 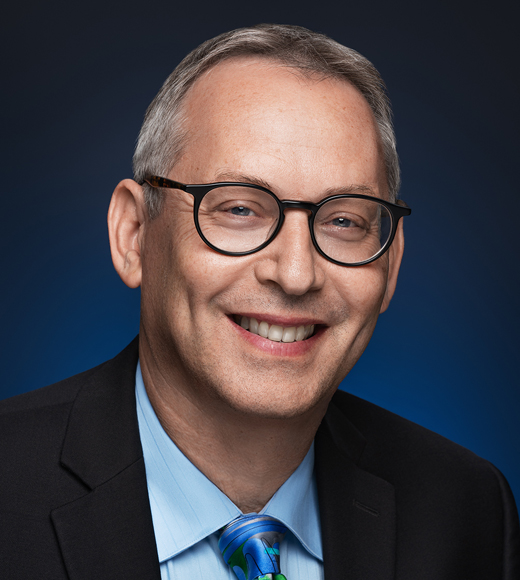 From 2001-2010, he served (with Dan Lowenstein) as founding co-editor of the quarterly peer-reviewed publication, Election Law Journal. He is the author of over 100 articles on election law issues, published in numerous journals including the Harvard Law Review, Stanford Law Review and Supreme Court Review. He was elected to The American Law Institute in 2009 and serves as Reporter (with Professor Douglas Laycock) on the ALI’s law reform project: Restatement (Third) of Torts: Remedies.

Professor Hasen was named one of the 100 most influential lawyers in America by The National Law Journal in 2013, and one of the Top 100 Lawyers in California in 2005 and 2016 by the Los Angeles and San Francisco Daily Journal.

Professor Hasen holds a B.A. degree (with highest honors) from UC Berkeley, and a J.D., M.A., and Ph.D. (Political Science) from UCLA. After law school, Hasen clerked for the Honorable David R. Thompson of the United States Court of Appeals for the Ninth Circuit, and then worked as a civil appellate lawyer at the Encino firm Horvitz and Levy.

Guy-Uriel Charles
Edward and Ellen Schwarzman Professor of Law, Duke Law
Guy-Uriel Charles joined the Duke Law faculty in 2009. He is currently the Edward and Ellen Schwarzman Professor of Law at Duke Law School and the Bennett Boskey Visiting Professor of Law at Harvard Law School. He is the co-director, with Mitu Gulati, of the Duke Law Center on Law, Race and Politics. He teaches and writes about constitutional law, election law, campaign finance, redistricting, politics, and race. In 2016, he received the Law School’s Distinguished Teaching Award.

She specializes in election law (Canada, U.S., and international), comparative constitutional law, and democratic theory. Her scholarship is broadly concerned with improving electoral fairness and democratic governance. Her recent articles have addressed such topics as the right to vote, electoral reform, money in politics, political dysfunction, partisanship, electoral redistricting, and the oversight of the democratic process by the courts. Her work has appeared in venues including the American Review of Political Science, Georgetown Law Journal, NYU Law Review Online, Election Law Journal, ICON International Journal of Constitutional Law, University of Toronto Law Journal, McGill Law Journal, Supreme Court Law Review, Canadian Journal of Law and Jurisprudence and in edited volumes published by Cambridge University Press and Oxford University Press. Professor Dawood has testified as an election law expert before Parliamentary committees, and has been interviewed on election law issues by various media. She serves as a Vice-President of the American Society for Political and Legal Philosophy. She is also a member of the Executive Committee of the International Association of Constitutional Law. In addition, she serves on the Advisory Board of the Asper Centre for Constitutional Rights. She teaches Constitutional Law, Legal Methods, and the Law of Democracy at the Faculty of Law.

Justin Levitt
Associate Dean for Research; Professor of Law; Gerald T. McLaughlin Fellow, Loyola Marymount University Law School, Los Angeles
A nationally recognized scholar of constitutional law and the law of democracy, Professor Justin Levitt recently returned to Loyola Law School, Los Angeles, after serving as a Deputy Assistant Attorney General in the Civil Rights Division of the U.S. Department of Justice. At DOJ, he primarily supported the Civil Rights Division’s work on voting rights and protections against employment discrimination (including LGBT rights in the workplace). He maintains the website All About Redistricting, tracking the process of state and federal redistricting around the country, including litigation.

Levitt served in various capacities for several presidential campaigns, including as the National Voter Protection Counsel in 2008, helping to run an effort ensuring that tens of millions of citizens could vote and have those votes counted. Before joining the faculty of Loyola, he was counsel at the Brennan Center for Justice at NYU School of Law, for five years. He also worked as in-house counsel to the country's largest independent voter registration and engagement operation, and at several nonprofit civil rights and civil liberties organizations.

Denise Lieberman
Senior Attorney and Program Director, Power and Democracy, Advancement Project
Denise Lieberman is the Director of Advancement Project’s Power and Democracy Program and a Senior Attorney. Lieberman works to identify and remove systemic barriers to voting. A seasoned constitutional and civil rights lawyer, Lieberman works on the ground in Missouri in addition to advancing broad voter protection initiatives nationwide, engaging in policy analysis, lobbying, legal advocacy, litigation and community building to advance electoral reform, including spearheading a nationwide advocacy effort to combat repressive voting legislation this past year. She has emerged as a nationwide expert on voter identification laws, preparing testimony for a U.S. Senate Judiciary Committee hearing on new voting laws. She is the author of a seminal report on voter identification laws: “What’s Wrong With This Picture? New Photo ID Proposals Part of a National Push to Turn Back the Clock on Voting Rights,” which the New York Times wrote accurately characterized the trend as the largest rollback to voting rights in a century, and she is currently involved as counsel of record in litigation challenging photo ID laws in Missouri, Wisconsin and Pennsylvania and helped co-author a comment letter to the Justice Department urging it to reject preclearance of Texas photo ID law.

Lieberman has been on the forefront of election reform in Missouri since 2000, when she helped bring suit to keep the polls open after hundreds of St. Louis voters were wrongly turned away from the polls on Election Day. Her subsequent class action lawsuit on behalf of the city’s African American voters spurred a Justice Department consent decree.

Before joining Advancement Project in 2006, Lieberman spent nearly a decade as the Legal Director of the American Civil Liberties Union of Eastern Missouri, where she litigated dozens of constitutional and civil liberties cases in state and federal courts. She previously served as Chair of the Individual Rights Committee for the Bar Association of Metropolitan St. Louis. Lieberman currently serves as an adjunct professor in the Department of Political Science and School of Law at Washington University in St. Louis, where she teaches courses on constitutional law, civil rights and voting rights.

Derek Muller
Associate Professor of Law, Pepperdine University School of Law
Professor Muller's research and writing focus on election law, particularly federalism and the role of states in the administration of elections. At Pepperdine, he teaches in the areas of election law, civil procedure, complex litigation, administrative law, and evidence. Before that, he was a Visiting Assistant Professor and Shughart Scholar at Penn State Law. He clerked for the Honorable Raymond W. Gruender on the United States Court of Appeals for the Eighth Circuit and practiced as a litigation associate at Kirkland & Ellis LLP in Chicago. His opinion pieces have been published in the Wall Street Journal and the New York Times.

Steffan was sworn in to the Missouri Bar in 2012. Before joining the ACLU, she clerked at the United States District Court for the Eastern District of Missouri.

Daniel Tokaji
Associate Dean for Faculty and The Charles W. Ebersold and Florence Whitcomb Ebersold Professor of Constitutional Law, The Ohio State University Moritz College of Law
Daniel P. Tokaji is Associate Dean for Faculty and Charles W. Ebersold & Florence Whitcomb Ebersold Professor of Constitutional Law at The Ohio State University Moritz College of Law. He writes about voting rights, political equality, free speech and association, and the role of federal courts in protecting democracy. Professor Tokaji is co-author of Election Law: Cases and Materials (6th ed. 2017), and the author of Election Law in a Nutshell (2d ed. 2016). He is also the author of many articles and essays. His recent work includes “Gerrymandering and Association,” 59 William & Mary Law Review 2159 (2018), and “Denying Systemic Equality: The Last Words of the Kennedy Court,” 13 Harvard Law & Policy Review __ (2019). A graduate of Harvard College and Yale Law School, Professor Tokaji clerked for the Honorable Stephen Reinhardt of the Ninth Circuit Court of Appeals, then litigated civil rights and civil liberties cases at the ACLU of Southern California before arriving at Ohio State.

Franita Tolson
Professor of Law, University of Southern California Gould School of Law
Franita Tolson joined USC Gould School of Law in June 2017. Professor Tolson’s scholarship and teaching are focused on the areas of election law, constitutional law, legal history and employment discrimination. She has written on a wide range of topics including partisan gerrymandering, campaign finance reform, the Elections Clause, the Voting Rights Act of 1965, and the Fourteenth and Fifteenth Amendments. Her forthcoming book, In Congress We Trust?: The Evolution of Federal Voting Rights Enforcement from the Founding to the Present, will be published in 2020 by Cambridge University Press.

Kenneth Warren
Professor of Political Science, Saint Louis University
Kenneth Warren, Ph.D., works at Saint Louis University in the Political Science Department and conducts research in the areas of American politics, polling, elections, and national policy. He also conducts polls for the media, government, and other clients. He has authored In Defense of Public Opinion Polling; The Encyclopedia of U.S. Campaigns, Elections, and Electoral Behavior, Vol. 1 &2, General Editor; and Administrative Law in the Political System: Law, Politics, and Regulatory Policy, 6th ed, as well as other works. He has conducted Election Verification Exit Polls for Election Integrity, a national organization dedicated to stopping fraudulent vote counting.