Saint Louis University’s varsity esports program has recently become one of the strongest in the nation. Beginning as one of the largest student-run clubs on campus, SLU Esports quickly rose through the ranks to become a household name in collegiate esports.

Getting Involved in Esports at SLU

Varsity members of SLU’s esports program are high ranking players in selected games, recruited by the program’s director Nicholas Chiu. Scholarships are available for varsity players, awarded through SLU’s Division of Student Development. SLU currently offers scholarships for League of Legends. All players have a Grandmaster+ average ranking or have previously played professionally. The team currently has five starting members:

Check out the team's matches on Twitch:

Having trouble viewing this feed? Watch it directly on Twitch at https://www.twitch.tv/sluesports

The esports program has its own dedicated esports lab located on the ground floor of the Busch Student Center. Varsity players use the space to practice, play matches and review games on one of the 12 computer gaming stations. Student club members are able book times to play games with their peers on one of the three large TV console stations in the lab. Club bookings can be made by contacting the club program eboard listed on SLU Groups. 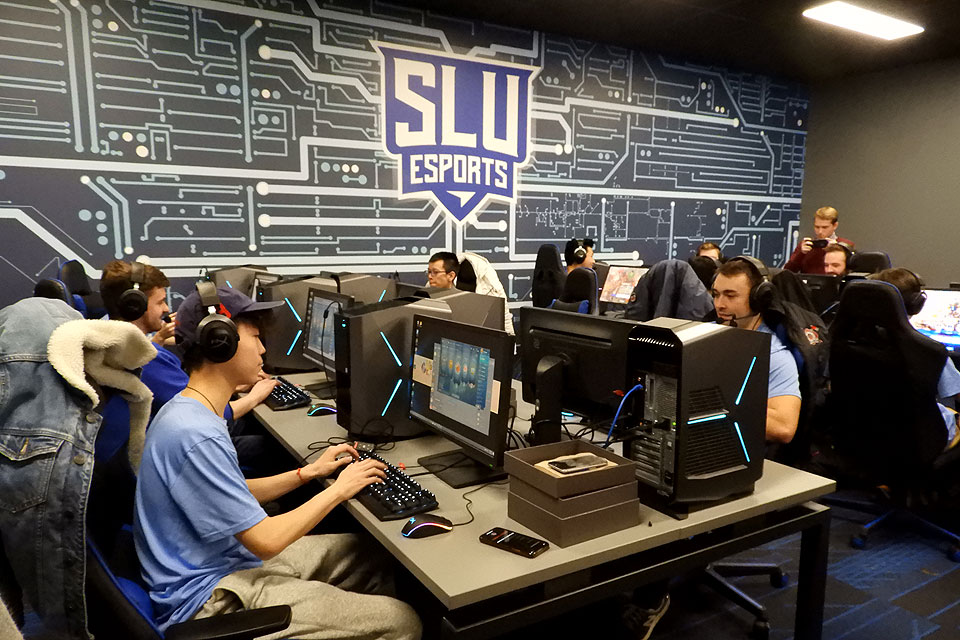 Find us on Discord

Check Out Our Apparel Shop