ST. LOUIS -- The woman who literally wrote the book on nursing and a former Saint Louis University School of Nursing faculty member was honored at the 2016 March of Dimes Missouri Chapter Nurse of the Year Awards gala on Nov. 19. 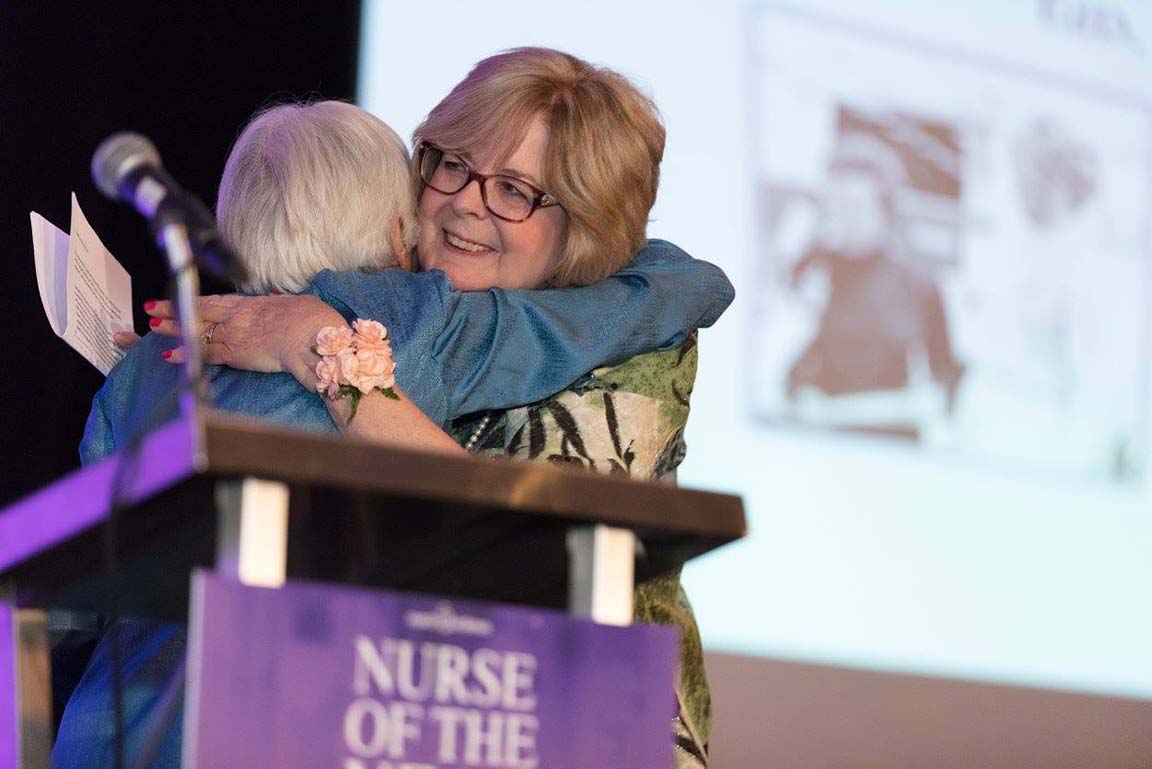 Anne Perry, Ed.D., FAAN, a former School of Nursing faculty member, received the 2016 March of Dimes Legend of Nursing award from Ruth Murray, Ed.D., last year's honoree. This is the third year in a row a former SLU educator has been honored with this award. Photo courtesy of March of Dimes

This is the third year a former SLU nursing faculty member has been honored for their lifetime of work. Ruth Murray, Ed.D., a career psychiatric nurse, was the recipient of the 2015 Legend in Nursing award. In 2014, the winner was Sr. Jeanne Meuer, a former nursing faculty member whose specialty is obstetrical nursing and midwifery.

Perry and her publishing colleague, Patricia Potter, Ph.D., director of research at Barnes-Jewish Hospital, are the authors of the popular nursing textbook, Fundamentals of Nursing, which has been translated into several languages. It is the most used textbook in nursing education. 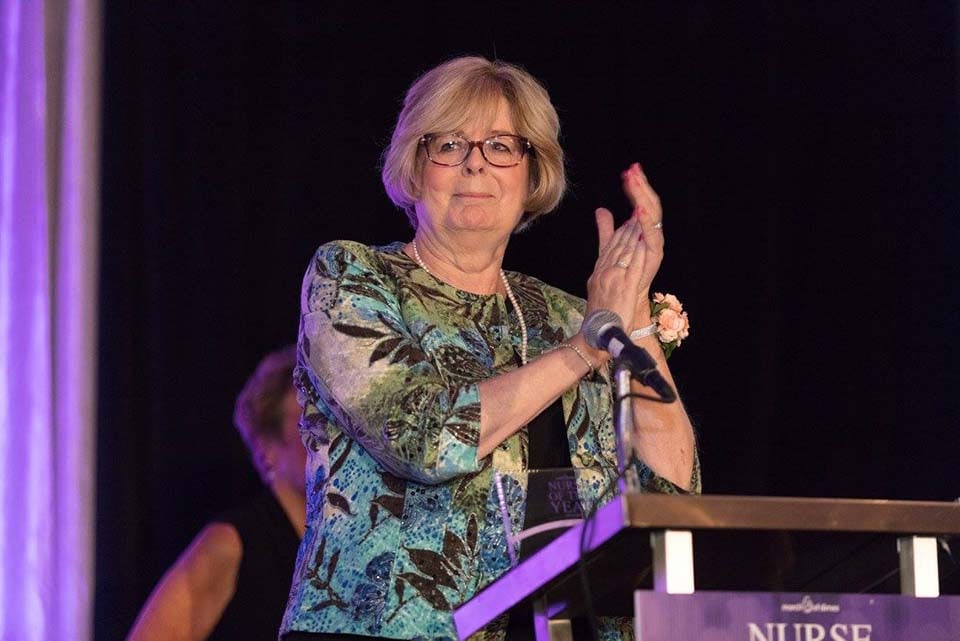 Anne Perry, Ed.D. FAAN, received her masters in nursing from SLU and was a member of the School of Nursing faculty for several years. Photo courtesy of March of Dimes

She is a Fellow in the American Academy of Nursing.

This is the fifth year the March of Dimes Missouri Chapter has held an awards dinner to recognize nurses from Missouri and southern Illinois who exemplify an extraordinary level of patient care, compassion and service. Whether serving as a health care provider, educator, researcher, volunteer and/or advisor, nurses play a critical role in advancing the mission of the March of Dimes, which is to improve the health of all babies by preventing birth defects, premature birth and infant mortality.

Founded in 1928, Saint Louis University School of Nursing has achieved a national reputation for its innovative and pioneering programs. Offering bachelor's, master's, and doctoral nursing programs, its faculty members are nationally recognized for their teaching, research and clinical expertise.