In a study published in the Journal of Lipid Research, Saint Louis University scientist Angel Baldan, Ph.D., reports that turning off a protein found in liver and adipose tissue significantly improves blood sugar levels, as well as reduces body fat in an animal model. 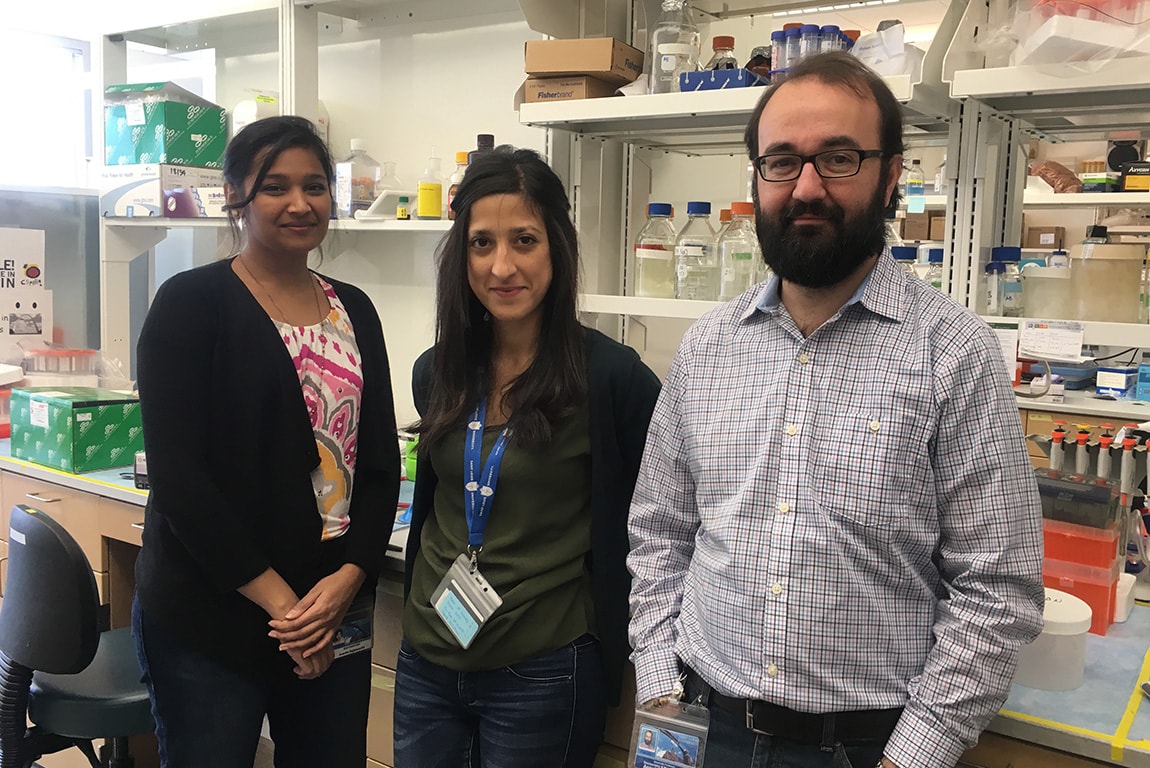 Baldan, who is associate professor of biochemistry and molecular biology at SLU, and members of his laboratory, conduct research on lipid metabolism focusing on cholesterol and triglycerides. In this particular study, they examined how lipids are metabolized in both the liver and fat tissue in mice treated with antisense oligonucleotides that reduce the expression of the protein FSP27.

High triglyceride counts in the liver, a condition commonly known as a “fatty liver,” contribute to metabolic syndrome, the cluster of factors that raise the risk of heart disease, diabetes and other health conditions. Fatty liver disease is the most frequent cause of chronic liver disease, affecting 30 percent of Americans (a percentage that is predicted to rise in the next few decades), and is often driven by bad dietary choices.

“Obesity and fatty liver disease are intimately connected and pose a severe public health burden, given their high and growing prevalence in both adults and children,” Baldan said. “The toolbox to manage patients with a fatty liver is scarce, beyond lifestyle modifications, appetite suppressant drugs and major surgical procedures. Better medical interventions are sorely needed for these patients.”

In search of better options, Baldan looked to one of the proteins that regulate the metabolic fate of lipid droplets.

“When I think of fatty liver disease, I think of fatty hepatocytes -- liver cells,” Baldan said. “Each cell has many lipid droplets, and those droplets contain triglycerides. The lipid droplets aren’t skinny-dipping in the cells, though. They are coated by proteins. One such proteins is called ‘fat-specific protein 27’, or FSP27.”

FSP27 is a lipid droplet-associated protein that prevents lipid mobilization and promotes lipid storage within the cell.

While it seems straightforward that a high-fat diet leads to accumulated triglycerides in the liver, it is less obvious why fasting causes a similar buildup. Baldan explains that fasting generates a physiological response in which the body turns to stored fat for energy, and as that fat is mobilized from the adipose tissue, it reaches the liver, causing triglycerides to accumulate there.

Having shown that FSP27 is necessary for triglyceride accumulation, Baldan hypothesized that obese mice would benefit from silencing this protein.

Baldan and his team studied two groups of mice with obesity, high blood sugar and fatty liver disease: one that consumed a high-fat diet (the dietary model) and another that was genetically modified to have this trait (the genetic model). Both groups of mice then were treated with or without antisense oligonucleotides to silence Fsp27.

The team found that silencing FSP27 resulted in a robust decrease in visceral fat, increased insulin sensitivity in both adipose tissue and liver, and improved whole-body glycemic control in both models. However, despite the improved function of the liver the researchers did not see decreased triglyceride accumulation in the liver. Baldan and his team are currently exploring ways to potentiate the anti-FSP27 treatment to also reduce fatty liver.

Overall, the team found that reducing the levels and activity of FSP27 may be beneficial in treating those who are obese or overweight and insulin-resistant, and that the therapeutic silencing of FSP27 in the mice fed a high-fat diet reduces body fat without worsening fatty liver disease.

“This study suggests that turning FSP27 down has potential as a therapy for insulin-resistant obese or overweight patients,” Baldan said.

The study was funded in part by the National Institutes of Health (HL107794) and the American Heart Association (GRNT20460189).

Other researchers on the study include Cédric Langhi, Noemí Arias, Ananthi Rajamoorthi, Jeannine Basta and Richard G. Lee. Lee is an employee and shareholder of Ionis Pharmaceuticals, Inc,. Langhi, a former postdoc in Baldan’s laboratory, currently is a senior scientist at Novo Nordisk in Copenhagen (Denmark).