In a paper published in Nature, Saint Louis University scientist Duane Grandgenett, Ph.D., and colleagues from the University of Minnesota and Cornell University, report that they have been able to determine the molecular structure of the Rous sarcoma virus (RSV) intasome, a section of a virus that is similar to the human immunodeficiency virus (HIV). This breakthrough will assist as researchers develop new drugs to stay ahead of the mutating virus. 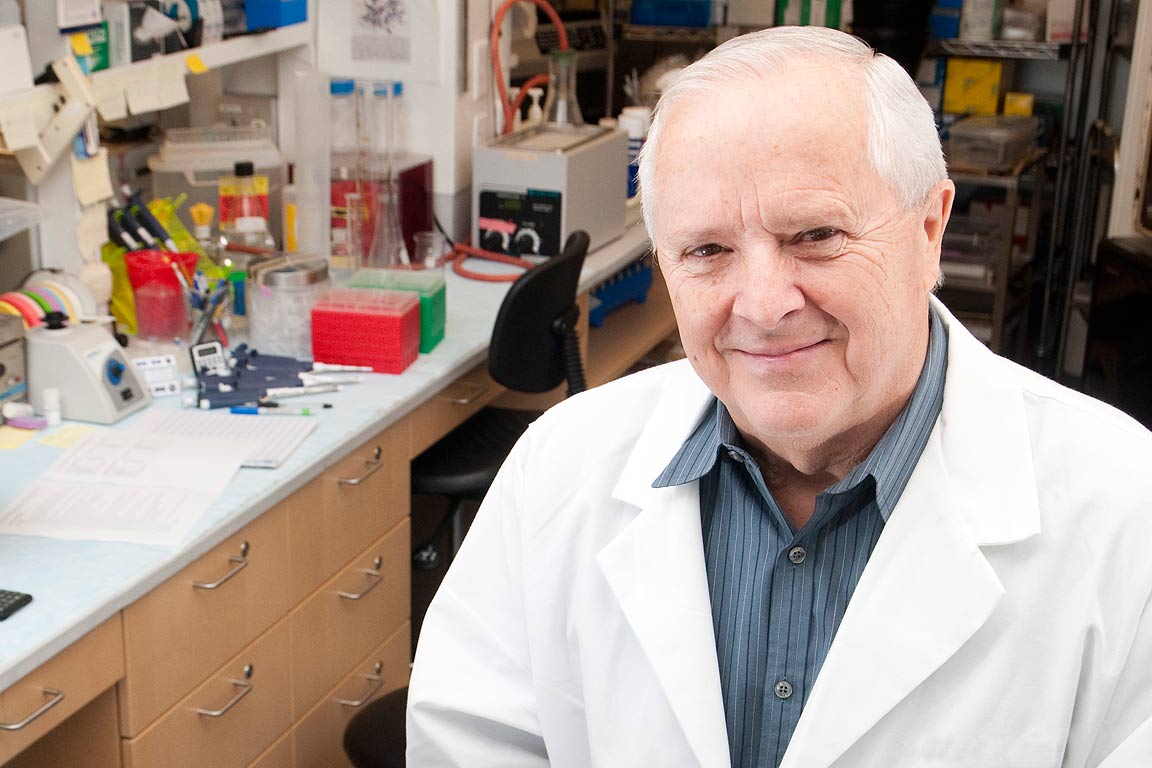 Duane Grandgenett, Ph.D., professor of molecular microbiology and immunology at SLU, discovered integrase in 1978, little knowing the piece of virus would provide the basis for an entire class of drugs that now treats HIV.

“Dr. Hideki Aihara’s and our lab solved the crystal structure of RSV intasome, a critical link to further understand retrovirus integration” said Grandgenett, who is professor of molecular microbiology and immunology at SLU."

Grandgenett’s work focuses on viral integrase, the part of retroviruses like HIV that is responsible for insertion of the viral DNA into human cell DNA. In fact, he discovered integrase in 1978, little knowing the piece of virus would provide the basis for an entire class of effective and safe drugs that now treats HIV infection.

Today, doctors are able to help patients manage HIV through effective drugs. However, the virus easily mutates and so it can become resistant to a drug. To manage this issue, physicians prescribe combinational drug therapy. By aiming multiple drugs at three independent viral targets, the probability of drug resistance is much smaller.

However, patients must take these drugs every day or the virus starts cycling. Within a few weeks the viral levels are back up.

Staying Ahead of the Virus

To continue to combat drug resistance and develop better treatments, scientists work to stay a step ahead of the virus.

In order to develop better drugs, Grandgenett and his colleagues used x-ray crystallography to determine the structure of the RSV intasome (the section of the viral DNA that includes integrase) in order to explain more about how the virus operates at the nanometer level.

RSV is used as a surrogate for HIV. The two are very similar, but RSV integrase is easier for scientists to study.

The research team succeeded at solving the molecular structure of the intasome, creating an image of the structure and providing more information about the mechanisms by which retroviruses like HIV insert themselves into host DNA. This information will allow researchers to pursue the next generation of medications to treat HIV.

The study was funded by the National Institutes of Health (grants GM109770, AI087098, and AI100682.) Other authors on the paper include Zhiqi Yin, Ke Shi, Surajit Banerjee, Krishan Pandey, Sibes Bera, and Hideki Aihara.