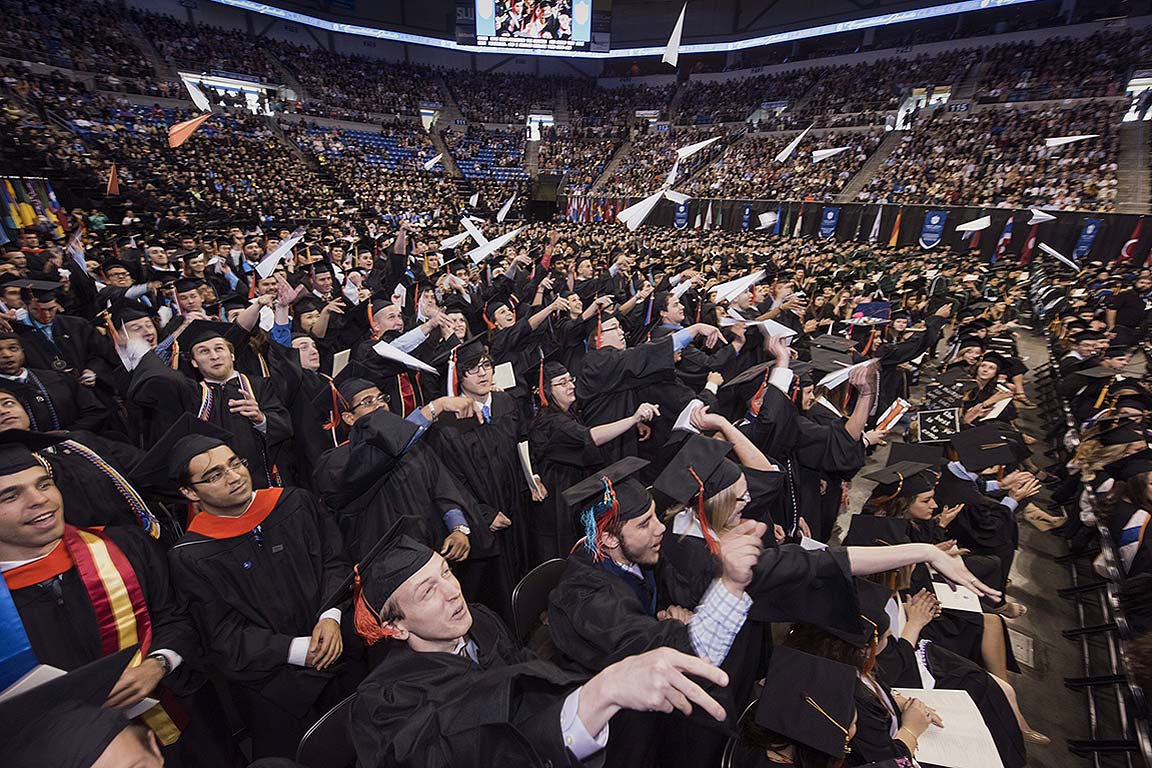 Graduates from Parks College of Engineering, Aviation and Technology continue their tradition of throwing paper airplanes into the air when they are officially declared "sons and daughters of SLU forever."

For the first time at commencement, the ceremony music was performed by an all-student orchestra.

Another new feature this year included a student speaker from the graduating class. Hannah Vestal, a psychology major with minors in theology and public health, was selected. Vestal founded Billikens for Clean Water and was a 2016 recipient of SLU's Woman of the Year award.

"A mentor recently asked me what I will miss most about SLU," Vestal said in her speech. "My response? The people who challenge me on a daily basis to stretch my ways of thinking. ... [SLU] called us to change society, and in doing so changed us. Being men and women for others can be uncomfortable, messy and life-altering - but it is what we are called to do."

This year's commencement speaker was U.S. Ambassador to Ireland Kevin F. O'Malley, a two-time alumnus of Saint Louis University. O'Malley earned a bachelor's degree in political science in 1970 and a law degree in 1973. For more than 15 years, he also taught trial advocacy courses as an adjunct professor in SLU's School of Law. 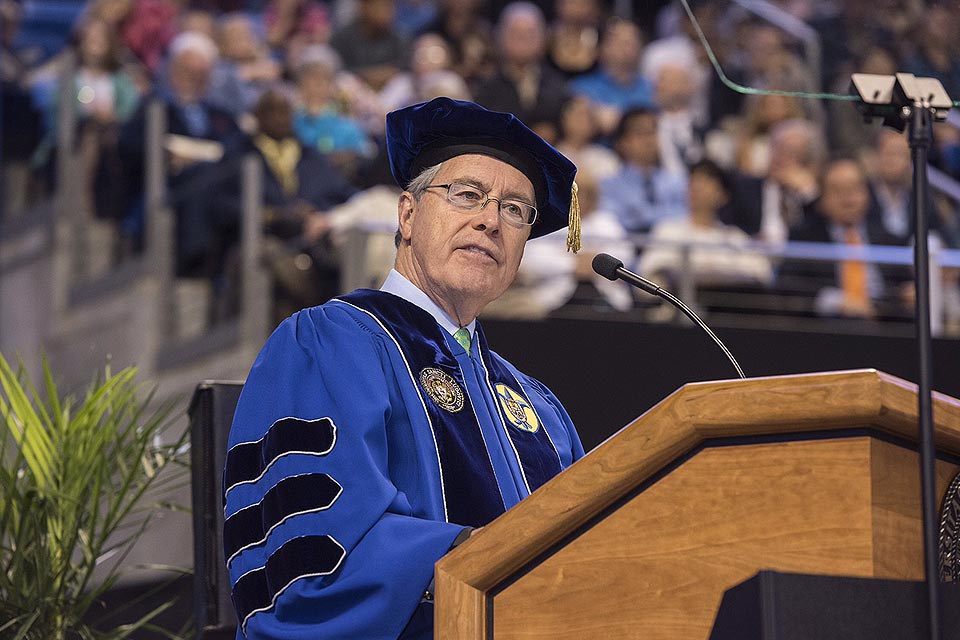 In his address, O'Malley emphasized the importance of planning, which allows for opportunities to arise from unexpected places. "There are no nonstop flights. Few of us have not been touched by mistakes, failures and setbacks," he said.

"The only question presented at the time of mistakes, failures and setbacks is 'What do I do next?' You get up, dust yourself off, try to learn something from the event, and begin planning anew."

O'Malley also discussed the importance of global interconnectedness and engagement, and urged the graduating students to continue to inform themselves, particularly in their own areas of expertise, because what happens outside American borders matters.

The world needs Saint Louis University, and you, our graduates, now more than ever before."

Following his address, for his novel efforts to strengthen Ireland's ties to the United States, O'Malley received an honorary doctor of medical sciences from the University.

Also honored during the ceremony was alumna Mary Jean Ryan, F.S.M., (Nursing '67) a member of the Franciscan Sisters of Mary for more than 50 years and the former CEO of SSM Health, one of the nation's leading Catholic health care systems. For her commitment to revealing the healing presence of God, she received an honorary doctor of public service.

University President Fred P. Pestello, Ph.D., welcomed this year's graduates, encouraging the Class of 2016 to stay committed to intellectual excellence and inquiry, and to remain engaged with those in need.

"The world needs Saint Louis University, and you, our graduates, now more than ever before," he said. "This need is grounded in the challenges of these immediate times and in the 21st century. ... You will forever have the rich resources of each other and your alma mater to draw upon as you move forward through your life's journey."