In a paper published in Proceedings of the National Academy of Sciences (PNAS) Saint Louis University researchers report new information about conditions that can cause the earth’s tectonic plates to sink into the earth. 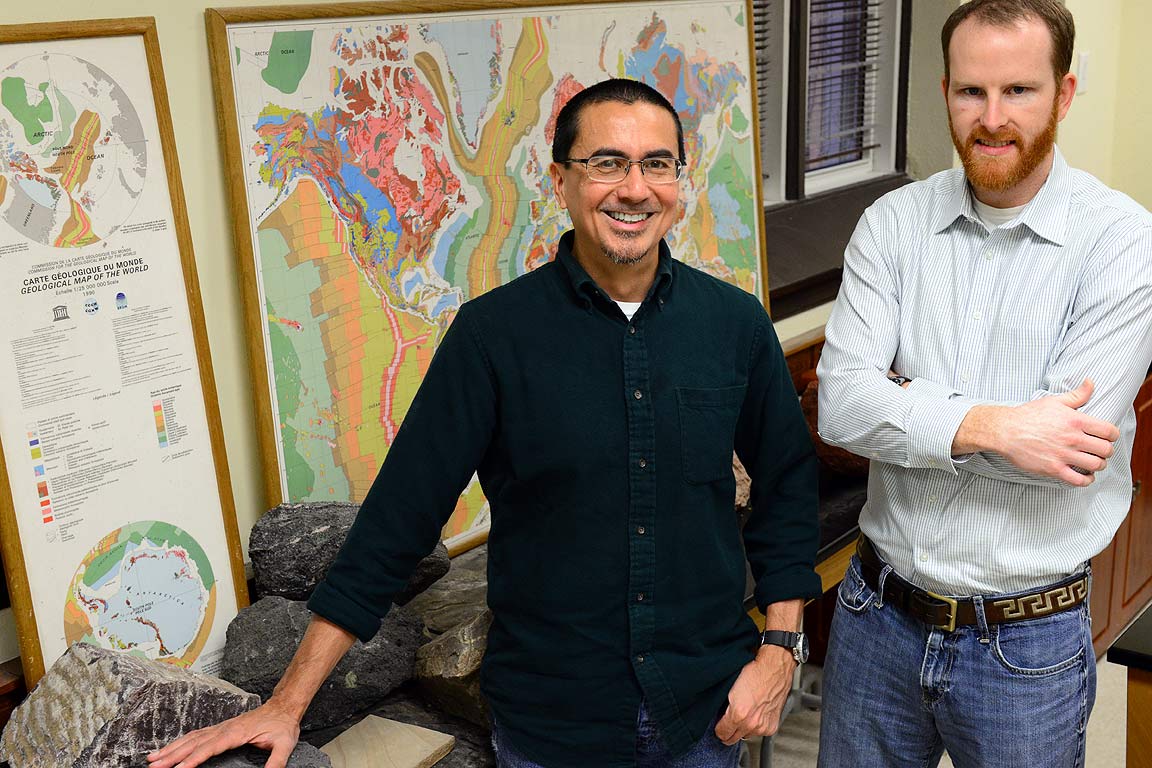 John Encarnacion, Ph.D., professor of earth and atmospheric sciences at SLU, and Timothy Keenan, a graduate student who will complete his doctoral degree in December, are experts in tectonics and hard rock geology, and use geochemistry and geochronology coupled with field observations to study tectonic plate movement.

“A plate, by definition, has a rigidity to it. It is stiff and behaves as a unit. We are on the North American Plate and so we’re moving roughly westward together about an inch a year,” Encarnacion said. “But when I think about what causes most plates to move, I think about a wet towel in a pool. Most plates are moving because they are sinking into the Earth like a towel laid down on a pool will start to sink dragging the rest of the towel down into the water.”

Plates move, on average, an inch or two a year. The fastest plate moves at about four inches a year and the slowest isn't moving much at all. Plate motions are the main cause of earthquakes, and seismologists and geologists study the details of plate motions to make more accurate predictions of their likelihood.

“Whenever scientists can show how something that is unexpected might have actually happened, it helps to paint a more accurate picture of how the Earth behaves,” Encarnacion said. “And a more accurate picture of large-scale Earth processes can help us better understand earthquakes and volcanoes, as well as the origin and locations of mineral deposits, many of which are the effects and products of large-scale plate motions.”

Plate movement affects our lives in other ways, too: It recently was reported that Australia needs to redraw its maps due to plate motion. Australia is moving relatively quickly northwards, and so over many decades it has traveled several feet, causing GPS locations to be significantly misaligned.

Subduction, the process by which tectonic plates sink into the earth’s mantle, is a fundamental tectonic process on earth, and yet the question of where and how new subduction zones form remains a matter of debate. Subduction is the main reason tectonic plates move.

The SLU geologists’ research takes them out into the field to study rocks and sample them before taking them back to the lab to be studied in more detail. 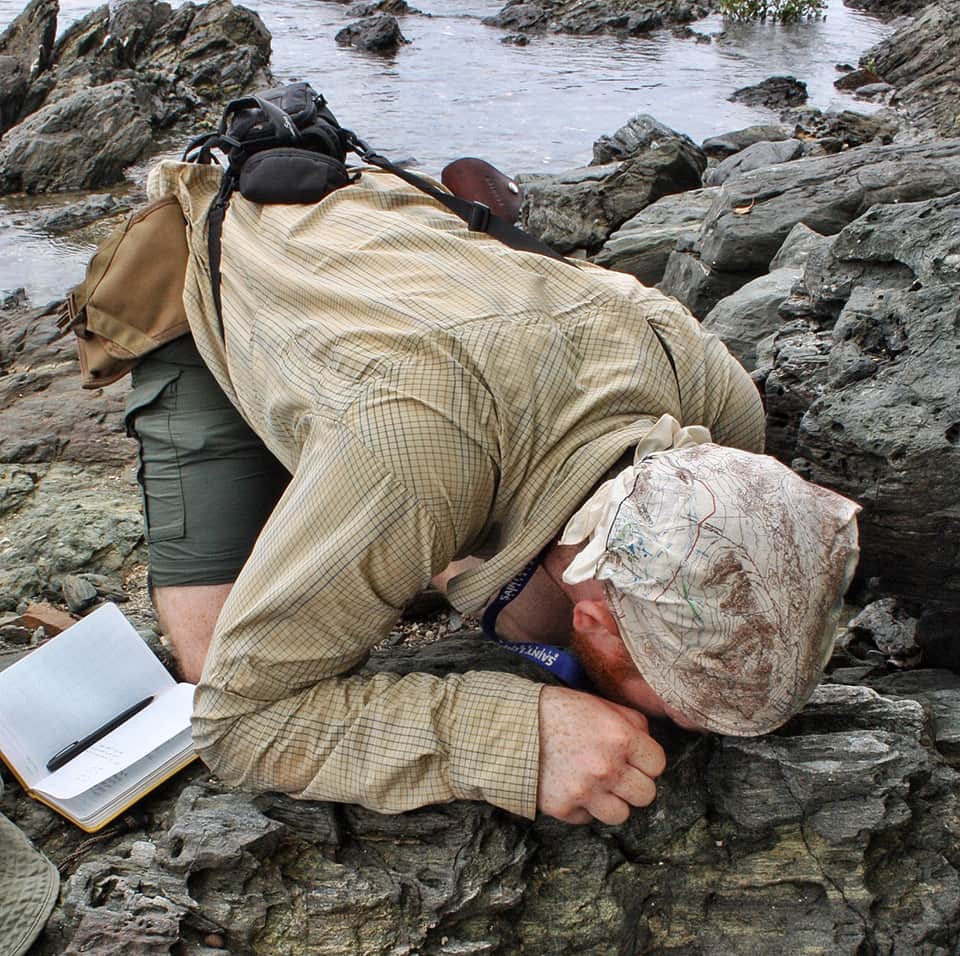 Their work involves geological mapping: looking at rocks, identifying them, plotting them on a map and figuring out how they formed and what has happened to them after they form. Researchers date rock samples and look at their chemistry to learn about the specific conditions where an ancient rock formed, such as if a volcanic rock formed in a volcanic island like Hawaii or on the deep ocean floor.

In this study, Keenan and Encarnacion traveled to the Philippines to study plates in that region. They found that a divergent plate boundary, where two plates move apart, was forcefully and rapidly turned into a convergent boundary where one plate eventually began subducting.

“We think that the subduction zone we studied was actually forced to start because of the collision of India with Asia. India was once separated from Asia, but it slowly drifted northwards eventually colliding with Asia. The collision pushed out large chunks of Asia to the southeast. That push, we think, pushed all the way out into the ocean and triggered the start of a new subduction zone.”

Their finding supports a new model for how plates can begin to sink: “Places where plates move apart can be pushed together to start subduction.”

The SLU researchers now want to learn if their model applies to other tectonic plates.

"How common was this forced initiation of a subduction zone that we think happened in the Philippines?" Encarnacion said. “I would like to see work on other ancient subduction zones to see whether our model applies to them as well.”

Saint Louis University’s Department of Earth and Atmospheric Sciences, combines strong classroom and field-based instruction with internationally recognized research across a broad spectrum of the physical sciences, including seismology, hydrology, geochemistry, meteorology, environmental science, and the study of modern and ancient climate change. Students also have the opportunity to work directly with faculty on their research and pursue internships through a growing network of contacts in the public and private sector.

Research centers include the Earthquake Center, the Cooperative Institute for Precipitation Systems, the Global Geodynamics Program, the Center for Environmental Sciences, and Quantum Weather. The fusion of academic programs with world-class research provides students with an unparalleled opportunity to explore their interests and prepare for a wide variety of careers after graduation.