Saint Louis University Center for Vaccine Development researchers have identified a potential new target for vaccines that activates a part of the immune system not previously known to be protective against Chagas disease, tuberculosis and AIDS, as well as other diseases. 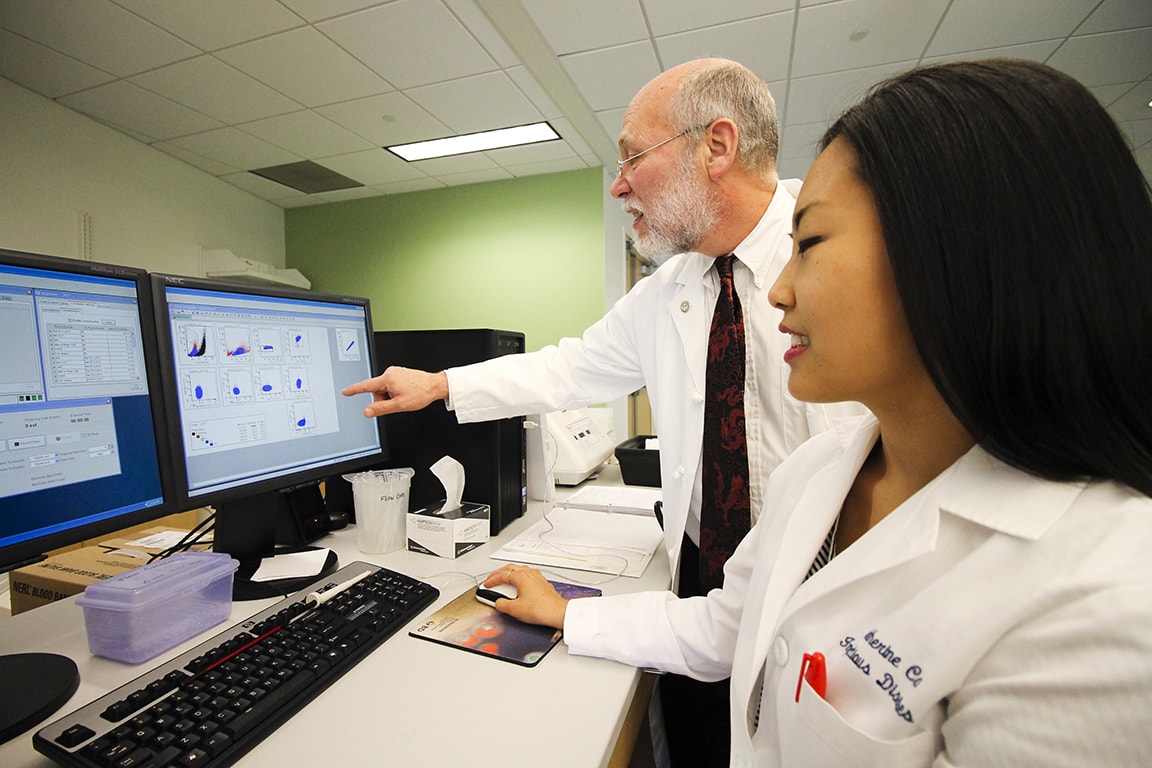 They found that Th17 cells, a special type of white blood cell that recognizes the presence of a foreign invader and helps other cells in the immune system to initiate an attack, protect against the Trypanosoma cruzi parasite. T. cruzi infects an estimated 11 million people worldwide, including 300,000 in the United States, and causes the chronic illness Chagas disease.

This work has the potential to guide break-through advances in our efforts to develop more protective vaccines.”

“This work has the potential to guide break-through advances in our efforts to develop more protective vaccines for Trypanosoma cruzi, Mycobacterium tuberculosis, HIV, other important pathogens that replicate inside cells, and even cancer,” said Daniel Hoft, M.D., Ph.D. Hoft is the director of Saint Louis University’s Center for Vaccine Development, which has been funded by the National Institutes of Health for more than a quarter of a century to develop vaccines that protect people from infectious diseases and emerging pathogens.

“Before our discoveries reported in this manuscript, Th17 cells were believed to only be important for protection against pathogens that reproduce outside cells. Our work reports for the first time that Th17 cells can protect better than other conventional immune responses against an intracellular pathogen, giving immunologists and vaccinologists a new target for more effective vaccine development.”

Previously, scientists believed the subset of T helper cells in the immune system known as Th1 cells were the most important for immunity to T. cruzi, added Hoft, whose lab studies T. cruzi infection and immunity.

T. cruzi is spread primarily by infected triatomine bugs, which are nicknamed kissing bugs and found in the southern United States, Mexico, Central America and South America, according to the CDC. They feed on the blood of sleeping people, biting them on the lips and faces. People also can become infected with T. cruzi by eating contaminated food products or receiving infected tissue or blood donations. T. cruzi also can be spread from mothers to their unborn babies.

“Significantly, one in three people who are chronically infected will develop life-threatening cardiac or gastrointestinal illness, years or even decades after acute infection,” said Catherine Cai, an MD/PhD candidate and an author of the research paper.

“These complications are a major cause of death and disability in endemic regions and present a serious burden for those who are afflicted, as well as for health care infrastructures and developing economies.”

The paper was published in the Oct. 3, 2016 edition of PLoS Pathogens. Its authors are Catherine Cai, Jennifer Blase, Xiuli Zhang, Christopher Eickhoff and Daniel Hoft. It was funded by an NIH R21 grant "Development of Novel Chagas Vaccines" (5R21AI099514-02) and an NIH R01 grant "Trypanosoma cruzi Mucosal and Systemic Protective Immunity (5R01AI040196-07).