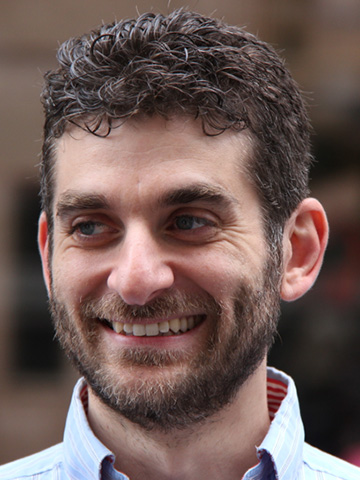 Esposito's research will specifically address building robustness of virtual cloud-computing networks that could be deployed in cases where traditional networks suffer from high congestion, such as at times of crisis or natural disasters. This award is part of a cumulative $950,000 award in collaboration with the University of Missouri-Columbia.

"The technology improvement we proposed will support telecommunications in (natural or human-made) disasters,” Esposito said. “A few weeks ago, 293 people died in the latest earthquake in Italy. Last April in Nepal, 8,000 people died due to another earthquake. If first-responders had better technologies in their hands, maybe at least one of these people could be alive today.

“I am thrilled that NSF gave our team the opportunity to continue working on this project,” he continued. “This grant will help us grow the research team, bringing on board other passionate students eager to work on relevant problems and technologies while helping the community."

The National Science Foundation (NSF) is an independent federal agency created by Congress in 1950 to promote the progress of science; to advance the national health, prosperity, and welfare; and to secure the national defense. With an annual budget of $7.5 billion, the NSF is the funding source for approximately 24 percent of all federally supported basic research conducted by U.S. colleges and universities. In many fields such as mathematics, computer science and the social sciences, NSF is the major source of federal backing.