In research published in the prestigious journal Immunity, a Saint Louis University researcher reports new findings that help understand how the immune system’s dendritic cells direct other immune cells called T lymphocytes to continue to learn tolerance for the body’s own cells. 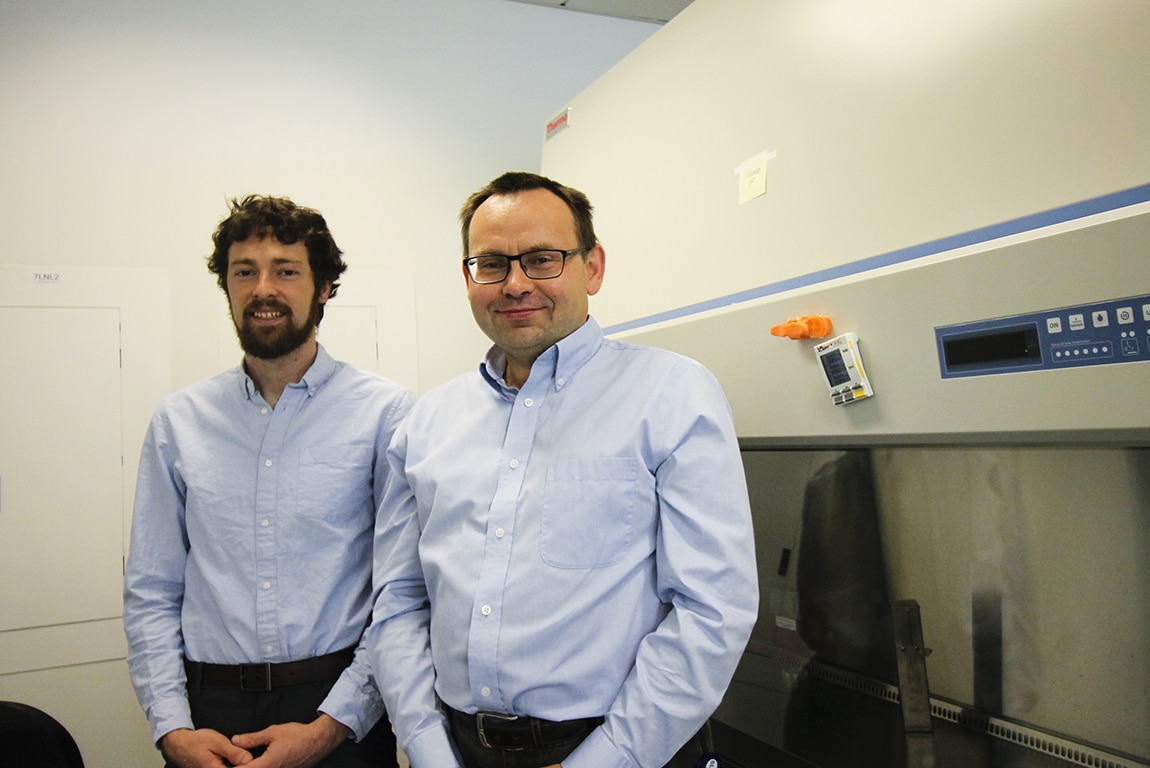 The immune system maintains health by avoiding the dangers of over- and under-responses. People with immune systems that do not efficiently fight off pathogens, like viruses or bacteria, will become sick. On the other hand, an immune system that is too robust may develop autoimmune diseases.

Daniel Hawiger, M.D., Ph.D., associate professor of molecular microbiology and immunology at SLU, studies a type of immune cell called dendritic cells which serve as the conductors of the immune system’s symphony.

“They are the music directors, telling other lymphocytes such as T cells what to do and how to do it. Their most important role is to govern immune responses.

During an infection, dendritic cells direct a battle hymn telling T cells which entities are pathogens and instructing the T cells to fight them off.

At other moments, they direct a lullaby, instructing T cells not to fight. Dendritic cells teach self-reactive T cells to leave the body’s own cells and proteins unharmed, creating tolerance toward self.

While scientists understood the role of dendritic cells, the way in which they accomplish this remained unclear. Hawiger wanted to learn more about how dendritic cells teach tolerance to T cells.

In research published last year, Hawiger and his team discovered a previously unknown mechanism that the T cells use to maintain tolerance.

With the current study, they’ve built on that finding to discover more about how this T cell mechanism is governed by the functions of specialized dendritic cells. Specifically, the team reports two key findings.

First, in contrast to what was previously believed, the presentation of antigens to T cells by all dendritic cells under non-infection, non-inflammation conditions does not lead to the induction of tolerance. It also does not lead to immunity. Rather, it causes short term activation of T cells but no long term effects.

Second, the researchers discovered that tolerance can be induced only when antigens are acquired and then presented to T cells by a specialized group of dendritic cells that give specific signals to T cells. It is only under these special circumstances, using the mechanisms that Hawiger’s team identified, that tolerance occurs.

This improved understanding of how the immune system works offers a chance to develop new ways to control the body’s immune response.

“I hope this new information may help us more precisely regulate the immune response,” Hawiger said. “In the case of an illness like multiple sclerosis, where the immune response is causing damage, we may be able to develop a therapy that will dampen that response.

“Perhaps we can harness these functions and learn to turn the volume up or down, in response to the needs of those with a variety of health concerns, and in particular, autoimmune diseases.”

Andrew Jones, a first author of this SLU study, is a doctoral student in the combined M.D., Ph.D. program who works on his Ph.D. dissertation under Hawiger’s direction.  Other co-authors include Jessica Bourque, Lindsey Kuehm, Adeleye Opejin, Ryan M. Teague, Ph.D. and Cindy Gross.