Football was never part of the plan. Samkon Gado, M.D., a second-year resident in otolaryngology at Saint Louis University and former NFL running back, didn’t think that a professional athletic career was in the cards. 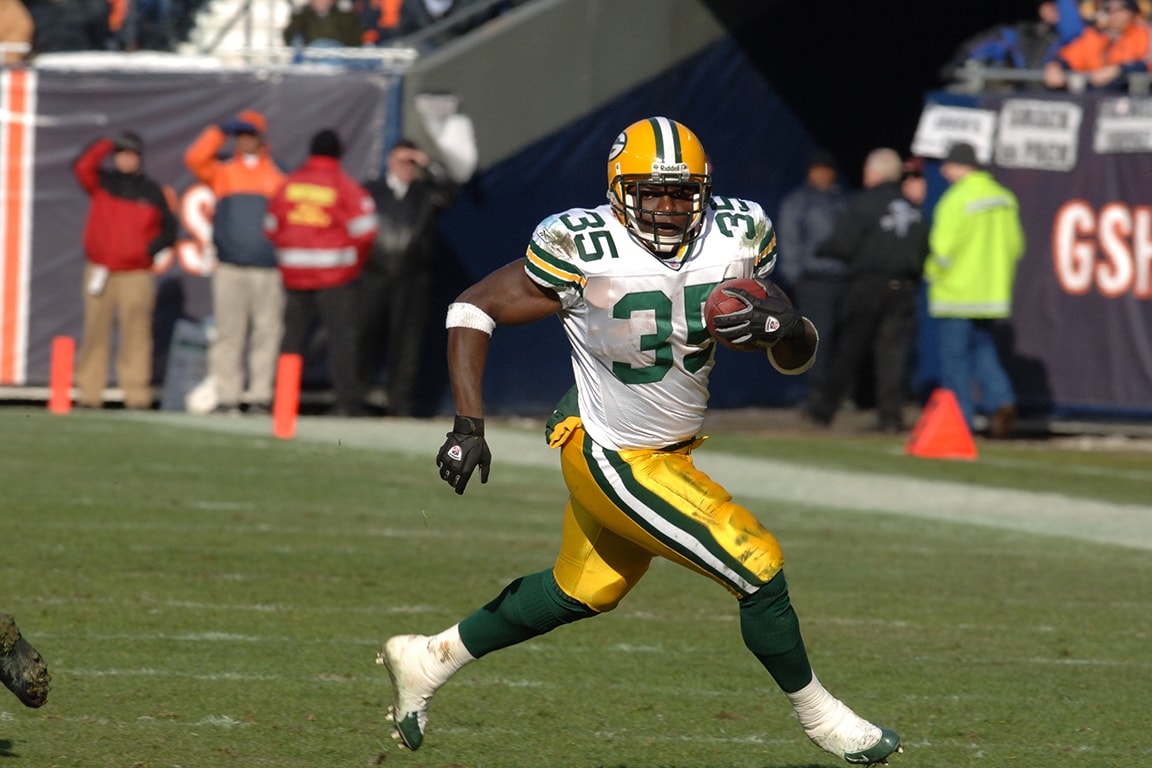 Samkon Gado, M.D., is a second-year resident in otolaryngology at Saint Louis University and former NFL running back. Photo by the Green Bay Packers

“I was a pre-med/health major in college,” Gado said. “Medical school was always Plan A. Football wasn’t even Plan B – it was a dream.”

That dream came true, he said, due in large part to hard work and a coach who believed in him and pushed him to heights he couldn’t have imagined for himself. Gado signed as a free agent after graduating from Liberty University and played for six teams, including the Green Bay Packers, St. Louis Rams and Kansas City Chiefs.

After six years in the NFL, Gado was accepted to the Medical University of South Carolina and began classes in August 2011. He came to SLU in the fall of 2015.

Gado saw a career in otolaryngology as a natural choice.

“I knew I wanted something with a surgical bent,” he said. “I’ve also wanted to find meaning in my work beyond a salary. I wanted to have meaning and purpose beyond whatever specialty I chose. The parallel of Christ being the head of the church and otolaryngology, which is also referred to as head and neck surgery, was very intriguing. I want to spend the rest of my life understanding why that analogy was used.”

“Football is all-consuming. If you are going to play at that level, it becomes your life,” he said. “I thought I would be lucky to play three years in the NFL and I got six. It was almost a relief to stop and be able to feed my soul again with something else I was interested in.”

It was during his time with the Houston Texans that he decided to focus on getting ready for the next phase of his life. He had kept up his patient-care skills by using free time in between seasons to work in nursing homes and hospices.

He studied during the off-season and retook the MCATs, which he had first taken during his undergraduate years.

“My coaches were really supportive of my choices,” he said. “Their concern was that I show up in shape for training camp.” 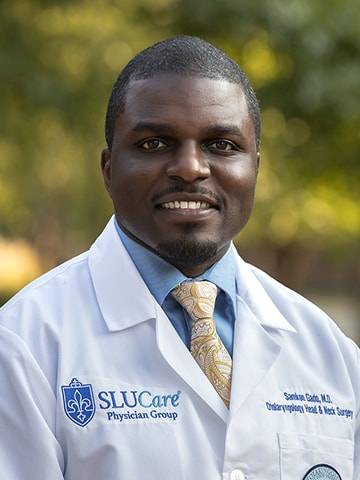 Moving  from professional sports to medical school could have be seen as an abrupt change of pace, but Gado argues the NFL actually prepared him for a smooth transition to med school.

“My time was so structured – both in college and in the NFL – that I was ready for the grind of medical school.”

“The first year was like nothing I’d ever experienced,” he said. “The old axiom held true. It felt like trying to drink from a fire hydrant. The sheer volume of work was amazing.”

Gado also said part of his first year was spent reconciling his decision to leave the game.

“I still had the desire to play and for that first year, I could physically still play,” he said. “But the opportunities weren’t there anymore. After my first year though, the want was gone. It was really a blessing that I got out when I did.”

Professional athletes can come to base their entire identity on being an athlete, Gado said, and the transition to a life after the game can be rough.

“Being a football player was never who I was,” he said. “You have so many years of your life that don’t revolve around sports. You don’t have to be defined only by that.”

Gado still counts his time in the NFL as a win. His athletic career provided him the means to pay for medical school and he met his wife Rachel in St. Louis during his time with the Rams.

“We met in the lunch line one day at the practice facility,” he said. “I knew she was someone special when we started off talking about organic chemistry and theology.”

Gado, who was born in Nigeria and raised from age 9 on in the United States, said going back to his native country to work in a much-needed specialty was appealing to him. He was so sure about his plans that he mentioned it to his now-wife on their first date.

“I asked her right away how she would feel about living in a hut in Nigeria,” he said with a smile. “I needed her to know that I was serious about this.”

“There are 250 otolaryngologists in the country of Nigeria for 200 million people,” he said. “There are probably 75 otolaryngology residents and attending physicians between SLU and Wash U alone.”

His wife’s roots in St. Louis were just one of the attractions to Saint Louis University. With two young sons and another on the way, being close to family was a big draw.

His deep rooted Christian faith also factored into his decision. SLU offers Gado the opportunity to treat the whole patient and to talk about faith and spirituality.

“It has provided a place that I can be freely spiritual and allow my patients to talk about their spirituality, if they wish,” he said. 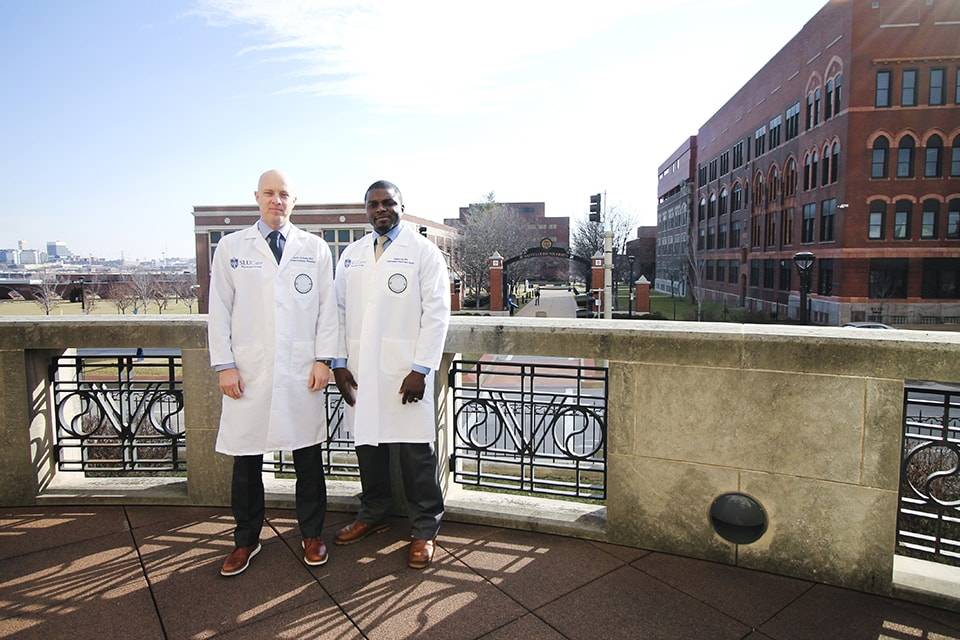 Jastin Antisdel, M.D. and Samkon Gado, M.D. Antisdel is chair of SLU’s department of otolaryngology and Gado is a second-year resident. Photo by Ellen Hutti

Gado praised his department chair, Jastin Antisdel, M.D., and his fellow residents for challenging him and keeping him on his toes.

“All of my co-residents offer things I can stand to gain,” he said. “They are making me better every day as we learn from each other.”