The new version of the Billiken mascot costume was introduced at the Jan. 25 men’s basketball game. 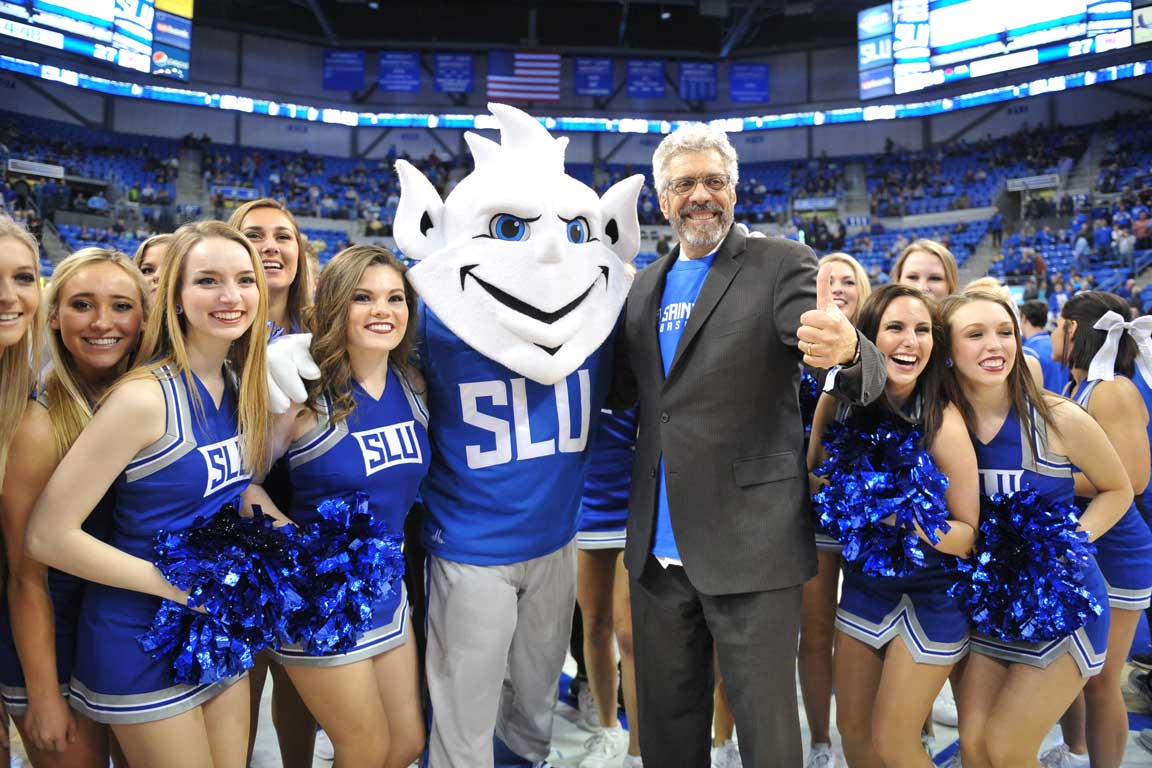 The new Billiken mascot was revealed during a basketball game at Chaifetz Arena. Photo by Bill Barrett

The Billiken mascot debuted at halftime and was greeted on the court by University President Fred Pestello, Ph.D., Vice President for Student Development Kent Porterfield, Ed.D., NCAA Faculty Representative Michael Ross, Ph.D., and Director of Athletics Chris May — and by more than 260 student-athletes who were recognized on Academic Excellence Night.

The new Billiken costume reflects the feedback from the mascot poll that Saint Louis University conducted last fall, when 17,000 people voiced their opinions in the online survey, which closed Nov. 6.

“People are clearly passionate about the Billiken,” Pestello said. “This fall, members of our community asked for a platform to voice their opinions, and we listened. This new version of the mascot is the result of a collaborative process. It’s the way it ought to be.”

This Billiken is all white, based on a large majority (68 percent) of the responses. He also sports a sculpted tuft of hair, which 76 percent of poll takers said they preferred. Compared to the previous costume, his mouth is more closed, which more than half (52 percent) of the respondents selected. Finally, Billiken enthusiasts were asked to share their preference among four types of eyes, including one with a wink. Though the race was tight among the four options, the open but intense eyes — without heavy eyebrows — garnered the most votes, with 28 percent.

In addition, the Billiken mascot’s head is slightly larger than the previous version, and his ears sit above his cheeks, rather than behind them.

“We are thrilled that this new mascot combines the competitiveness and friendliness that our fans wanted to see in the Billiken,” May said. “I’m certain he will entertain the SLU community for years to come.”