In a paper published in the journal Pain, Saint Louis University researcher Daniela Salvemini, Ph.D., reports discovering a key molecular pathway that drives cancer-related bone pain while providing a potential solution with a drug that already is on the market. 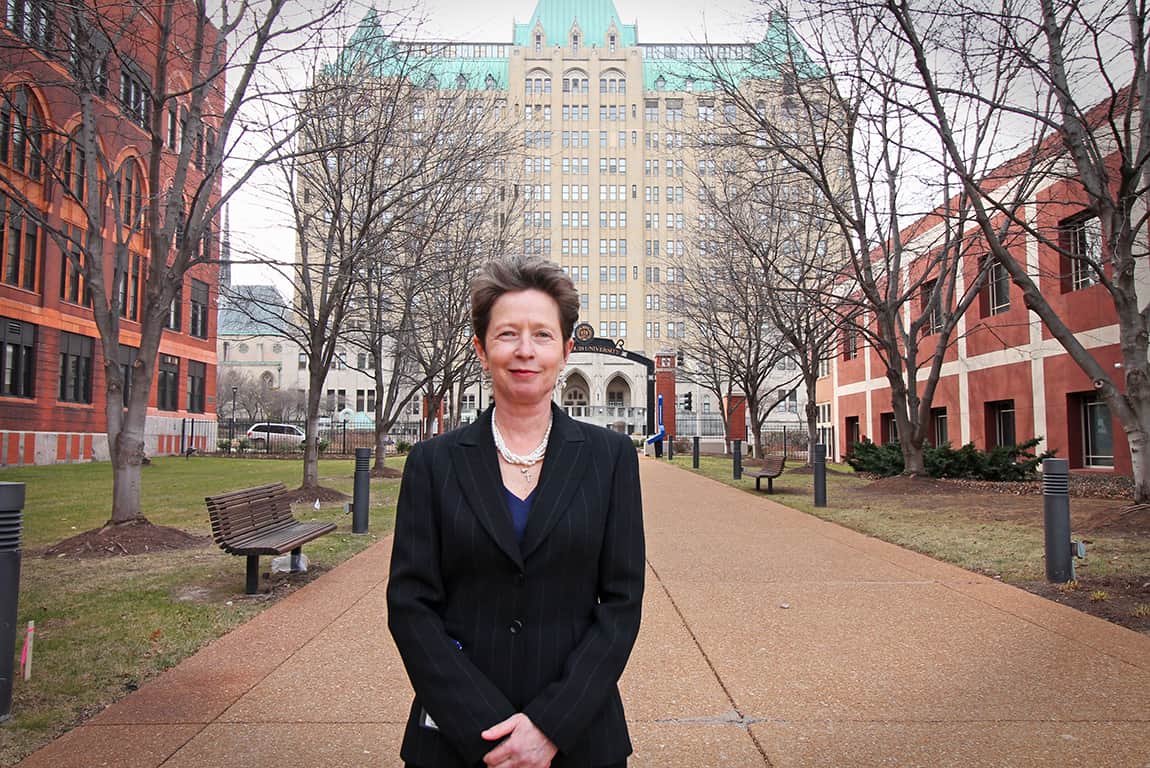 Daniela Salvemini, Ph.D., professor of pharmacology and physiology at SLU

Salvemini, who is a professor of pharmacology and physiology at SLU, studies many sorts of pain, including chronic pain, cancer pain and chemotherapy-induced pain, in search of new treatments.

“Pain is a huge problem-- for the patient, the caregiver, the family, the doctors,” Salvemini said. “We have limited options.

“So, I have a sense of urgency – I don’t want people to be in pain-- and therefore I have made it my mission to discover drugs that can effectively abrogate pain.”

Metastatic bone pain is the single most common form of cancer pain. Cancer-induced bone pain (CIBP) is reported by 30 to 50 percent of all cancer patients and by 75 to 90 percent of late-stage patients. CIBP is driven by a combination of tumor-associated skeletal, inflammatory and neuropathic mechanisms.

Innovations in the treatment of bone cancer pain primarily have focused on addressing bone loss and vulnerability to painful skeletal-related events. However, no therapies currently target the neuropathic mechanisms of CIBP.

In addition, pain often continues even for patients whose cancer enters remission, increasing the need for effective therapies rather than relying only on palliative care.

“Better understanding of cancer-induced bone pain is critical to the development of such strategies,” Salvemini said.

In previous work, Salvemini discovered pain pathways – the molecular series of events that lead to pain – that helped researchers understand how pain occurs. One molecule that the pathways are dependent upon is called S1PR1 (sphingosine 1-phosphate receptor subtype 1). By modulating this molecule, scientists were able to block and reverse pain. This finding is particularly encouraging because a drug that modulates S1PR1 already is on the market.

Salvemini’s current paper reports an experiment her team conducted studying an animal model of breast cancer that has metastasized to the femur. The researchers observed in the spinal cord changes to key pathways suggesting that increases in sphingosine 1-phosphate are a key component of developing pain and that blocking this signal limits pain.

The research team found that targeting S1PR1 mitigates bone pain and neuroinflammation, and identifies S1PR1 as a potential therapeutic target alone or as a secondary therapy to address cancer-induced bone pain.

"Thanks to an exceptional team that included the expertise of Dr. Todd Vanderah, known for his seminal work in pain, and Dr. Sarah Spiegel, known for her work in sphingolipid biology and the discovery of S1P, we were able to make this significant advance toward providing pain relief for those who are suffering," Salvemini said.

This study was funded by grants from the Leukemia and Lymphoma Society (6241-13) with additional support from the Saint Louis University Cancer Center and by NIH/NCI grant RO1CA142115 and NIH/NIGMS grant R01GM043880.

Daniela Salvemini, Ph.D.
Salvemini’s notable career includes studying with a Nobel Laureate, discovering peroxynitrite, a key molecule in the development of pain and inflammation, and uncovering some of the reasons why certain chemotherapy drugs can cause patients extreme and lasting pain. Salvemini has been honored by the Academy of Science of St. Louis for her contribution to our understanding of pain with the Fellows Award, which recognizes a distinguished individual for outstanding achievement in science.

“Dr. Salvemini has contributed more to the eventual control of pain and opioid-induced tolerance than anyone else currently working in the field,” the Academy notes.