Saint Louis University will begin the celebration of its 200-year anniversary with a Mass under St. Louis’ Gateway Arch on Saturday, Sept. 23. 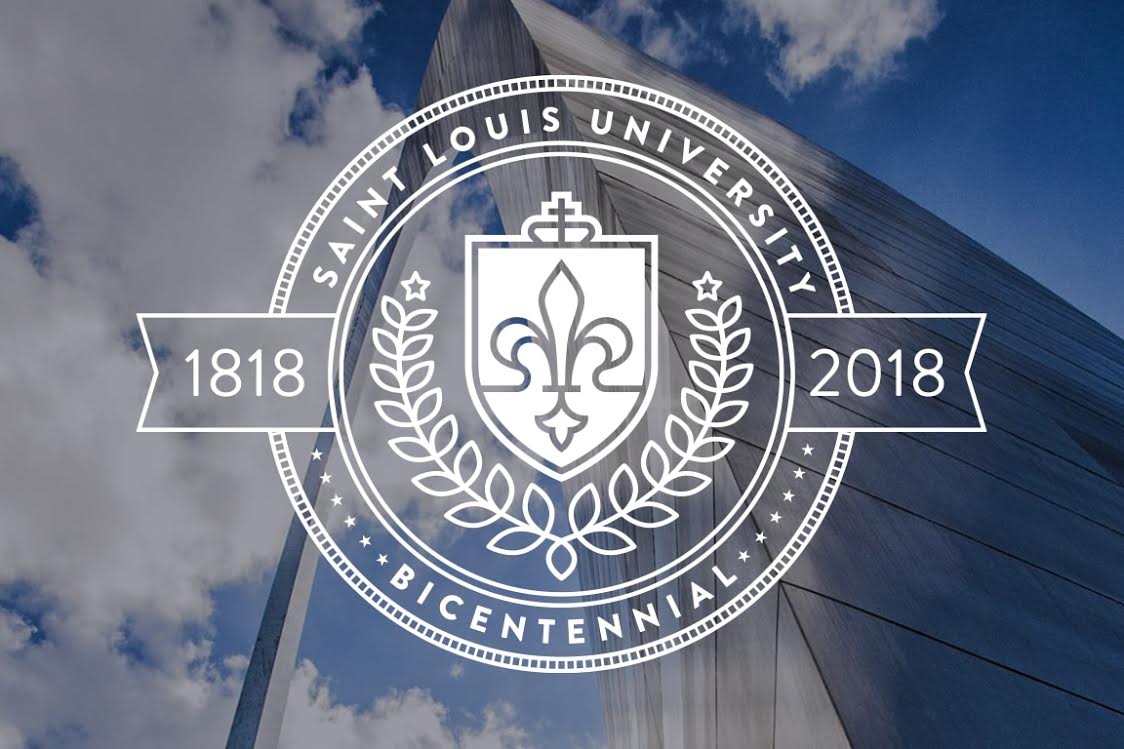 SLU’s bicentennial Mass will be one of the first major events on the renovated Arch grounds.

The outdoor Mass will begin at 5:30 p.m. Attendees will be invited to stay on the Arch grounds following Mass to enjoy a special fireworks display and other family-friendly activities.

“In considering the best way to begin our bicentennial celebration, we knew that we had to begin with a Mass,” said SLU President Fred P. Pestello, Ph.D. “We look forward to gathering the entire SLU family — students, faculty, staff, alumni and the larger St. Louis community — to give thanks for our proud history and to pray together for our exciting future.”

St. Louis Archbishop Robert J. Carlson will be the presider and homilist. Ronald Mercier, S.J., provincial of the Jesuits’ Central and Southern Province, will be the principal concelebrant.

SLU’s bicentennial Mass will be one of the first major events on the renovated Arch grounds.

Pestello emphasized, “The significance of the Archbishop of St. Louis presiding over the bicentennial Mass held on the arch grounds and the provincial of the Jesuits’ Central and Southern Province concelebrating cannot be overstated.”

Saint Louis University was founded in 1818 by Bishop Louis William DuBourg and is the oldest institution of higher learning west of the Mississippi River. Originally known as Saint Louis Academy, the school’s first location was in a small home located on what is now the Arch grounds.

“This is a fitting place to launch our bicentennial events,” said Ellen Harshman, Ph.D., dean emerita and director of bicentennial planning. “We are truly marking this milestone where it all began.” As Pestello put it, “It is the physical and metaphorical nexus of Saint Louis University’s bicentennial and the genesis of the first Catholic, Jesuit university west of the Mississippi.”

Harshman gave special thanks to representatives from the National Parks Service and the CityArchRiver Project for their cooperation in planning the event. “We are so grateful to these partners for their assistance in making this landmark celebration a reality,” she said.

The Mass falls during SLU’s annual Homecoming and Family Weekend. It is open to the public. It is the first of numerous events that are planned for SLU’s 15-month bicentennial celebration. Attendees can register for both events online.

More details about the Mass and other SLU bicentennial events will be forthcoming.

Saint Louis University is a Catholic, Jesuit institution that values academic excellence, life-changing research, compassionate health care, and a strong commitment to faith and service. Founded in 1818, the University fosters the intellectual and character development of nearly 13,000 students on two campuses in St. Louis and Madrid, Spain. Building on a legacy of nearly 200 years, Saint Louis University continues to move forward with an unwavering commitment to serve a higher purpose while seeking the greater good.