For too many St. Louis children, entering a school room is the first step toward ending up in a prison cell. Often, trouble in school leads to trouble with the law and these same kids enter the juvenile justice system. But Saint Louis University’s Norm White, Ph.D., aims to plug what experts call the school-to-prison pipeline and in doing so, to create a better future for some of the area’s most vulnerable students. 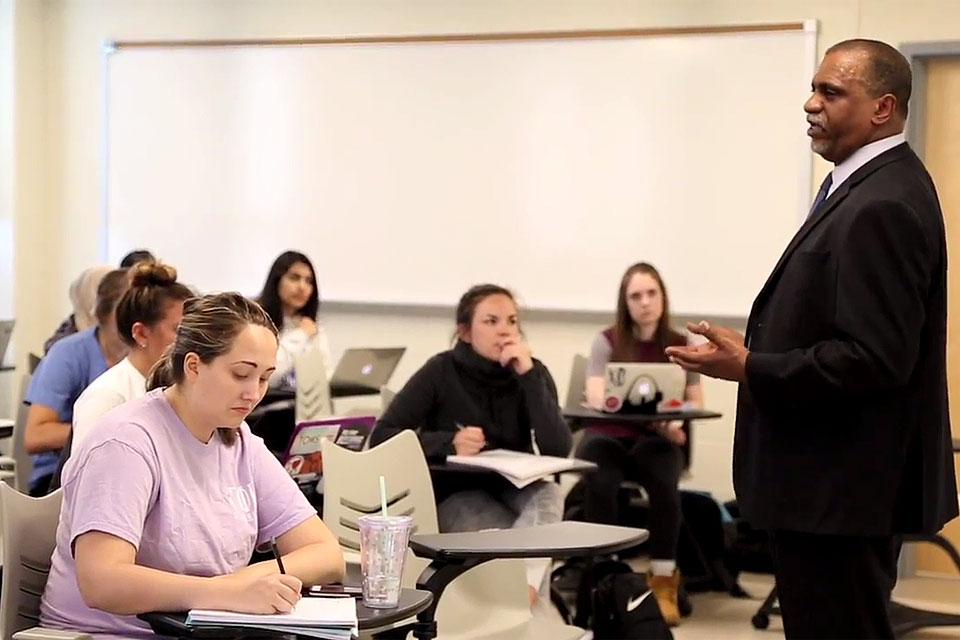 Norm White, Ph.D., specializes in research into the school-to-prison pipeline and is the leader behind SLU's Overground Railroad to Literacy Project and Shut It Down: Closing the School to Prison Pipeline. Video by Rebecca Rivas, The St. Louis American

“Misbehavior may be related to trauma children have experienced or untreated mental health issues,” White says. “This is about providing a new lens to view disciplinary incidence and systemic issues that contribute to racial inequalities.”

Research shows that suspensions and expulsions may lead children to drop out of school and eventually to end up in the justice system.  Research by the Annie E. Casey Foundation has shown that juvenile run-ins with the law can become a cycle of incarceration that can harm families for generations. Public interest in shutting down the school-to-prison pipeline has risen in recent years, with the Public Broadcasting Service, the American Civil Liberties Union (ACLU), and Rolling Stone among highlighting its devastating toll on communities nationwide. The pipeline overwhelmingly impacts kids of color, those from low-income backgrounds and students with disabilities.

St. Louis leads the nation in school suspensions for African American children. White, associate professor of criminology and criminal justice in the College for Public Health and Social Justice, has been working with a coalition of local foundations, the St. Louis Public Schools and leaders in the juvenile justice system, to provide teachers and staff at seven local public schools with tools to meet the complex needs of their students and communities.

White’s projects include SLU’s Overground Railroad to Literacy and Shut It Down: Closing the School to Prison Pipeline. Both have garnered widespread attention since 2014. The St. Louis American recently profiled Shut It Down and White gave a TEDxGatewayArch talk this past fall. Most recently, White and his work received the  St. Louis County Children's Service Fund's Dr. John M. Anderson Excellence in Mental Health Award at the St. Louis American Foundation's Salute to Excellence in Health Care luncheon April 28.

The Overground Railroad to Literacy is a tutoring and volunteer training program that connects SLU students with students in schools throughout North St. Louis as tutors and mentors. More than 70 students have taken part and the project now includes sites in four schools and area nonprofits.

Shut It Down provides racial equity and implicit bias education for teachers so that they are better able to work with students who have experienced trauma or severe stress in their lives outside of the classroom. The goal is to foster the development of safe and supportive school environments that create opportunities for students to improve educationally while minimizing the need for the kinds of school disciplinary practices like suspensions that can lead to worse outcomes for kids, in school and beyond.

White’s projects approach the underlying issues driving the school to prison pipeline as requiring “a quilt of resources” to ensure children, their families and communities have what they need to break destructive cycles. He sees SLU as distinctly able to positively impact the pipeline.

“Our College (College for Public Health and Social Justice) is unique in its extraordinary intersection of academic disciplines that can be brought to bear in the community,” White says. “We can bring the evidence base and the real world together.” 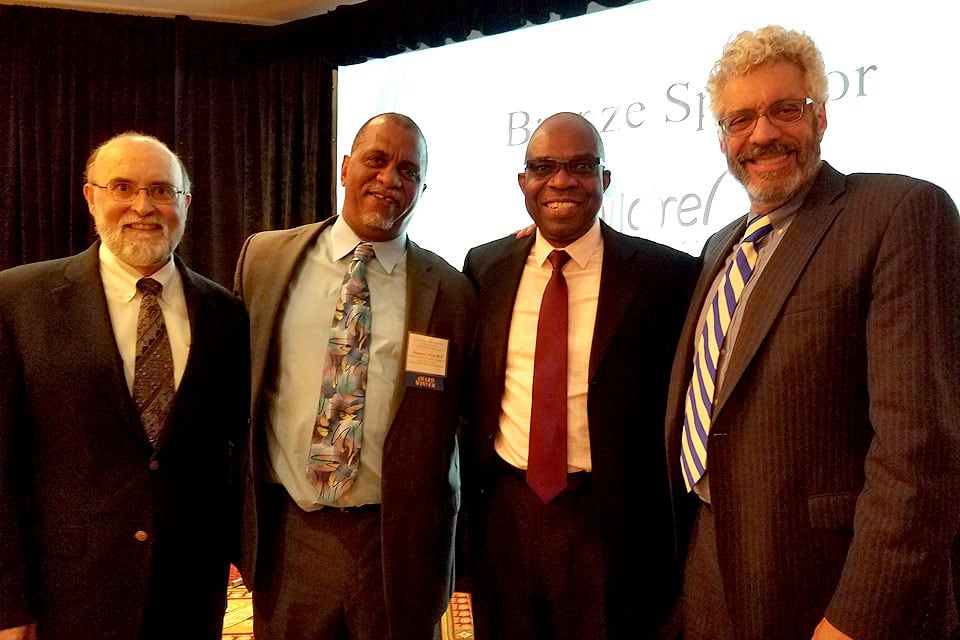 Portions of this article previously appeared in the College for Public Health and Social Justice’s fall alumni magazine, SoJust.