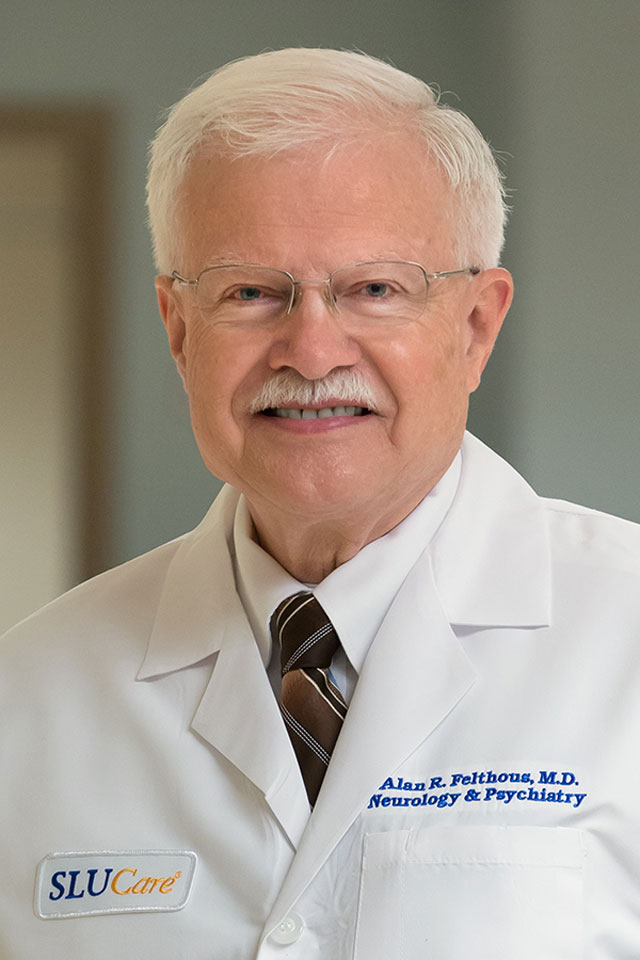 Alan Felthous, M.D., director of forensic psychiatry and a SLUCare physician has been named as the recipient of the Seymour Pollack Distinguished Achievement Award from the American Academy of Psychiatry and the Law (AAPL) for 2017. He received the award at an Oct. 26 ceremony during the AAPL’s annual meeting in Denver, Colorado.

The Seymour Pollack Award, named for a founding member and past president of the AAPL, honors exemplary contributions to the teaching and educational roles of forensic psychiatry.

Felthous specializes in forensic psychiatry in both civil and criminal issues; the assessment and treatment of clinical aggression, pharmacotherapy of impulsive aggression, and assessment and management of suicide risk. He consults with attorneys and courts on legal issues for which a person’s mental condition can be relevant, issues such as psychiatric disability, fitness for duty, emotional injury, and competency to stand trial.

He is a past president of the AAPL and the American Board of Forensic Psychiatry among other organizations. Felthous has authored numerous articles and book chapters, and has lectured internationally on legal, forensic, and criminal forensic psychiatry.

He received his medical degree from the University of Louisville and undertook residencies at Massachusetts General Hospital, Harvard Medical School and St. Luke’s Roosevelt Hospital. He holds board certifications in both forensic psychiatry and psychiatry. Felthous has been routinely recognized by St. Louis Magazine with its Best Doctors honor, most recently in 2017.

SLUCare Physician Group is the academic medical practice of Saint Louis University, with more than 500 health care providers and 1,200 staff members in hospitals and medical offices throughout the St. Louis region. SLUCare physicians are among the most highly trained in their fields - more than 50 specialties in all - and are national and international experts, renowned for research and innovations in medicine.