In a paper published in Proceedings of the Royal Society, researchers report that shark species have evolved diverse physical attributes to help them thrive in different ocean ecosystems. 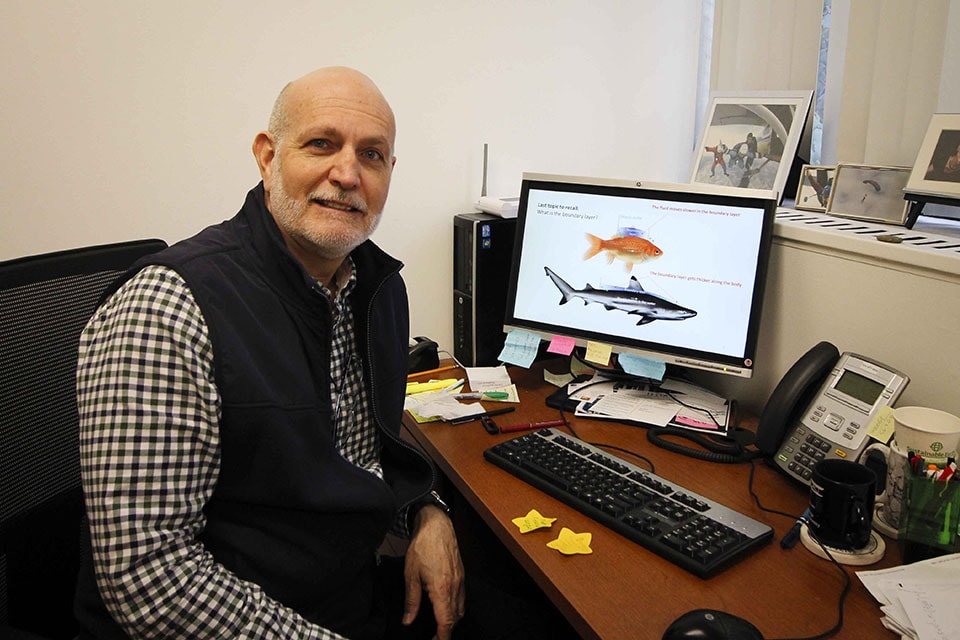 The researchers found that these top predators mirror the aerodynamics of either zeppelins or fixed-wing high speed aircraft, depending on whether they evolved to cruise through the deep ocean or motor through shallow waters.

“Poorly known species such as Bramble Sharks and Birdbeak Dogfish that live in the dark, cold and nutrient poor oceans, have evolved enormous fatty livers that can make up more than a quarter of their bodies,” said lead author Gleiss. “They are the zeppelins of the shark world, cruising near effortlessly at low speeds to save energy.

“Conversely, shark species with smaller livers, like most whaler sharks, are negatively buoyant and so must swim at fast speeds so their wing-like fins can provide sufficient lift, overall expending more energy than their deep-dwelling cousins.”

The researchers wanted to understand why it is that those small-liver sharks managed to survive even while using such a costly lifestyle.

“This baffled the team, because for an animal to be wasteful with its energy expenditure should interfere with survival unless it would prove beneficial in some other manner,” Goldbogen said. “Looking into the hydrodynamics of swimming animals provided an answer to this question.”

It turns out that as sharks evolved larger livers, they also became much bulkier and less hydrodynamic. This, the team stipulates, would slow sharks down when hunting for agile prey such as fish and squid or when escaping their own predators.

“The zeppelins of the shark world must live in cold places where slow swimming is the rule for both predator and prey,” Potvin said.

“As with the sharks inhabiting shallow waters, trying to fly zeppelins at the speeds and accelerations common to fixed wing aircraft of same the weight class would require significantly more energy, unless that is, it is reshaped into a more javelin-like body,” Potvin said. “It would follow that slimmer, and thus more hydrodynamic sharks will require less energy for swimming at the high speeds necessary to catch agile prey, especially in environments where fast swimming is common.”

The researchers found that the difference in the evolution of liver size is a result of this process.

Understanding the evolution of marine fish from largely bottom-dwelling organisms to those capable of swimming at a range of depths represents one of the key evolutionary transitions. The study has shed important light on how the environment has shaped this.

“It is incredible to think that many hundreds of million years ago, the early ancestors of fish only lived near the sea-bed, sporting heavy armour that prevented them from swimming in mid-water,” Gleiss said.

“Sharks represent a relic of this time and were probably among the first fish to exploit most depths of the ocean. Our study contributes to our understanding of the evolutionary processes that led to them being such a successful group.”

*Murdoch University Centre for Fish and Fisheries Research contributed to this article.