When the curtain rises on the new season of Saint Louis University’s theatrical season this month, SLU’s actors, designers, crew members and their faculty will be living Shakespeare’s adage, “All the world’s a stage,” as they take their performances beyond their Midtown campus into the spaces in the Grand Center Arts District. 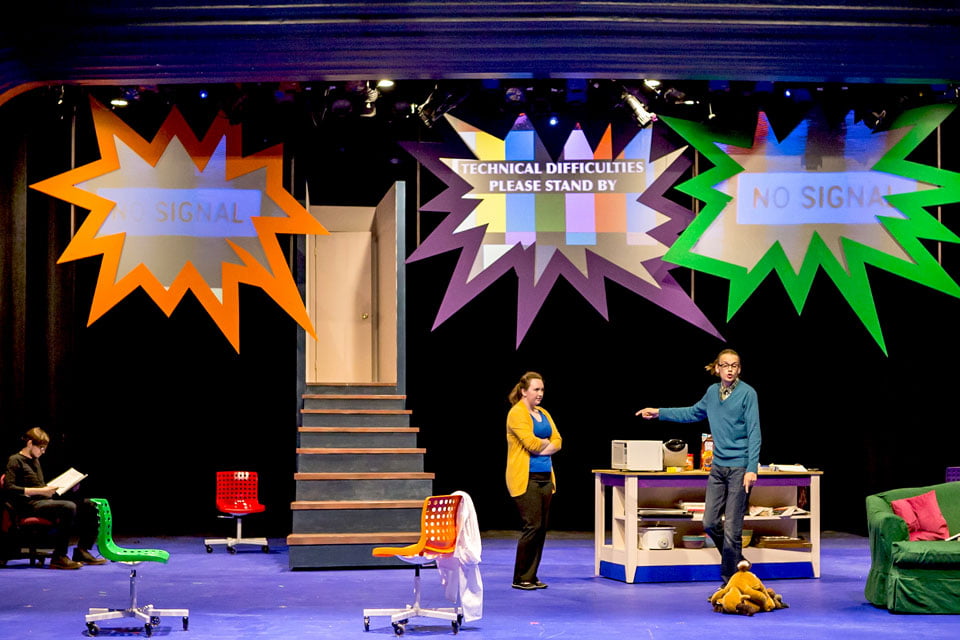 SLU actors perform in last season's production of Distracted. This season, thanks to a new partnership with the Kranzberg Arts Foundation, the University Theatre will perform on stages in Grand Center for the 2017-2018 season. Photo by Eric Woolsey

A new agreement with the Kranzberg Arts Foundation means SLU’s University Theatre will perform in two Grand Center venues this year. At the end of the three-year lease agreement in 2020, all four of SLU’s main stage productions will take place on Grand Center’s stages.

The program has also teamed up with the Grand Center-based nonprofit, Prison Performing Arts, to collaborate on its opening production in a season of plays dedicated to exploring social justice and community engagement.

Where students might be used to the University’s main stage or black box theater space in Xavier Hall, opening SLU productions in the arts district will challenge students to adapt and problem-solve in ways that will benefit them professionally and personally, Laura Franklin, D.M.A., said. Franklin is the chair of the Department of Fine and Performing Arts at SLU.

“It really broadens their experiences,” she explained. “It’s giving our students an opportunity to grapple with many different challenges – of design, production and performance – in a variety of different settings and venues.”

By working in theatrical spaces owned by the Kranzberg Foundation in Grand Center, students will have chances to work with new, professional equipment and on different types of stages including in black box, thrust and proscenium configurations. Both actors and students interested in theater’s technical sides will have to consider different seating arrangements than they are used to at SLU as well as how to bring their designs or characters to life before more intimate or larger audiences than they might experience by performing in a single theater over the course of the season.

“It’s giving them those tools to be flexible and function in a variety of spaces,” Franklin said. Those tools and experiences will also enhance their marketability as alumni. “When they are putting together portfolios for graduate programs or professional opportunities, that portfolio will reflect the breadth of their experiences.”

According to Franklin, the agreement builds on SLU’s commitment to being involved in its surrounding Midtown neighborhood and the relationships it has established throughout the St. Louis community. The Kranzberg Foundation approached her department, she said, with the idea for SLU to perform in its Grand Center venues. Institutionally, SLU worked with the foundation to secure the agreement and to support the department’s outreach efforts. The collaboration with Prison Performing Arts resulted from work members of her department had undertaken for years with the group.

While the new partnership offers SLU students a chance to hone their professional chops, the 2017-2018 season’s plays were also chosen with the University’s mission to change the world for the better, Franklin explained. 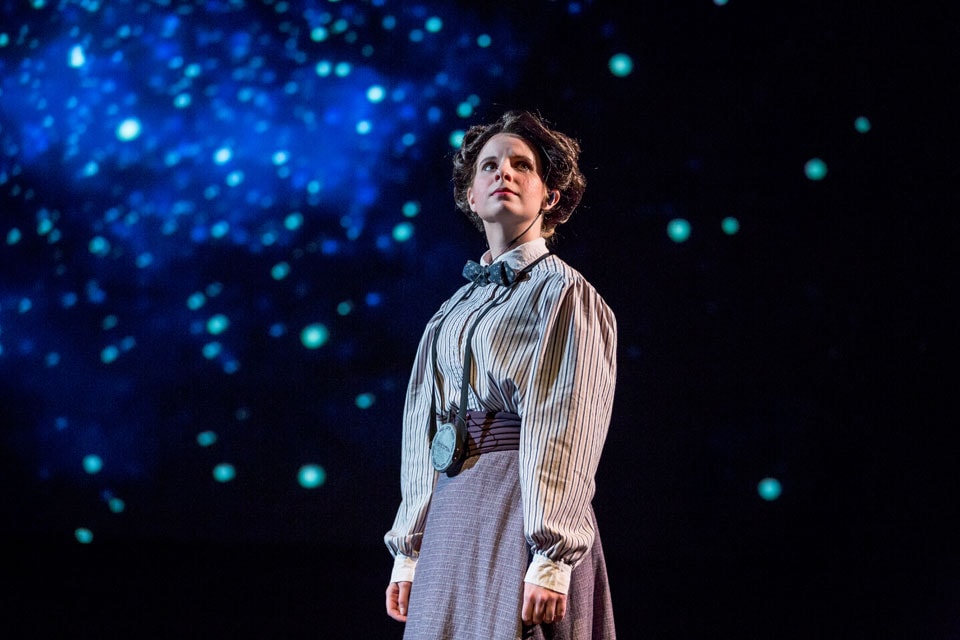 A scene from University Theatre's production of Silent Sky. Photo by Eric Woolsey

“The Department of Fine and Performing Arts is deeply committed to community engagement," Franklin said, “and we are dedicated to giving our students experiences that show them that they can engage with their art to make the world a better place through that art.”

The season’s opening play, Antigone, involved clients from Prison Performing Arts and SLU students and faculty interpreting the Greek classic. According to Meme Wolff, coordinator in the Department of Fine and Performing Arts, a pre-play discussion about the play’s themes of civil disobedience and social justice has been planned by SLU’s English Club for 5 p.m. on Thursday, Oct. 12, in Room 142, Adorjan Hall. An “audience talk back” with the play’s performers and technical production members will follow the Oct. 14 performance.

“We chose plays connected to social justice issues to help our students and our audiences ask questions about their themes,” Franklin explained.

Antigone will run from Thursday, Oct. 12 through Sunday, Oct. 15 in the University Theatre’s traditional home in SLU’s Xavier Hall. Its first Grand Center show, William Shakespeare’s The Merchant of Venice, will open in the Marcelle theater at 3310 Samuel Shephard Drive. Its first spring production, Rhinoceros by Eugene Ionesco will return to Xavier Hall. University Theatre will close out the 2017-2018 season with the musical Bloody, Bloody Andrew Jackson in April.

For more information about the season, visit University Theatre.