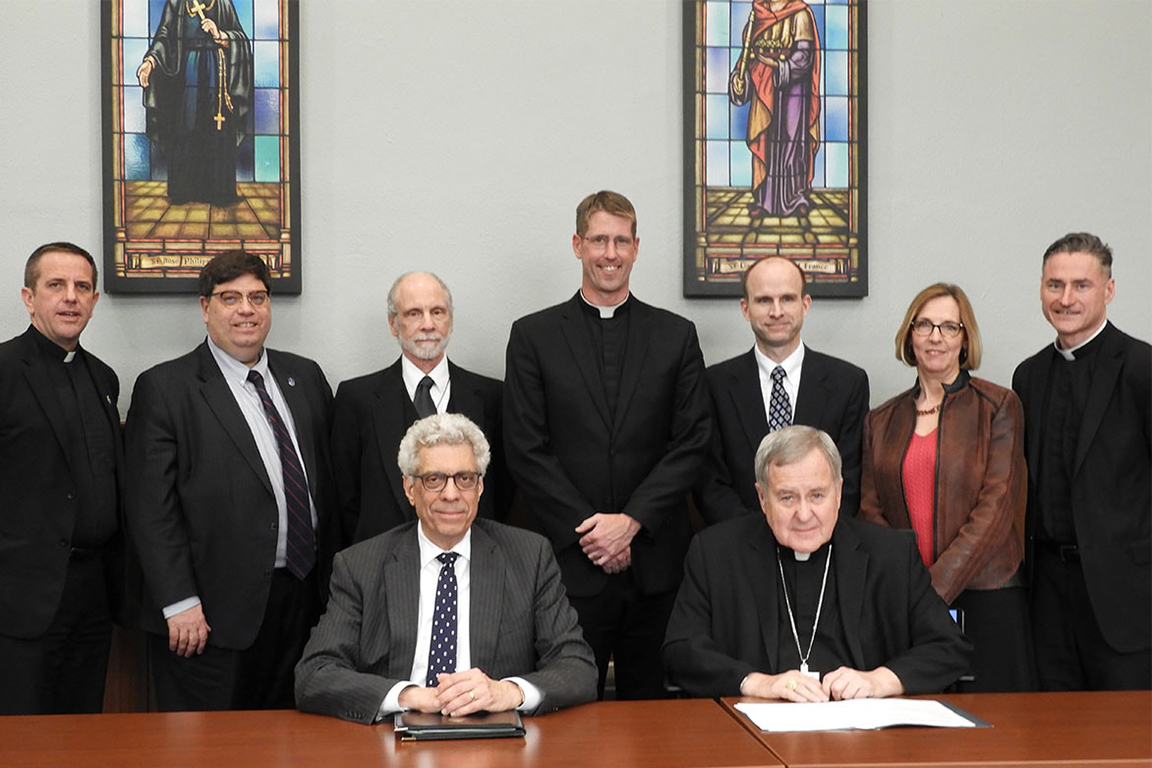 Currently seminarians take their first two years of undergraduate classes at SLU and finish their education at the seminary, receiving a degree from Kenrick-Glennon Seminary.

Under the new agreement, seminarians will receive a Bachelor of Arts degree in philosophy from SLU, taking classes taught both at SLU and at the seminary. The program changes will be implemented for the 2018-19 school year.

“I am very pleased at the latest collaboration between Saint Louis University and Kenrick-Glennon Seminary and know that this partnership will produce superbly trained priests both theologically as well as scholastically, who, under the guidance of the Holy Spirit will be configured to the Heart of Jesus Christ, shepherding whole heartedly with Christ’s pastoral charity,” Carlson said.

The seminarians will be able to explore other disciplines while at SLU. Carlson said he hoped that many would take advantage of the language arts and minor in Spanish as the archdiocese has a growing Spanish-speaking population.

“We are pleased to be able to extend our longtime collaboration with the seminary and the archdiocese,” Pestello said. “I want to thank all of those involved in making this agreement a reality; and we look forward to providing the best possible education for the seminarians.”

William Rehg, S.J., dean of the College of Philosophy and Letters, said the bachelor’s program now contains a track designed for the needs of seminarians, which differ in some ways from the needs of other students in the College.

“The basic requirements are not that different from any other philosophy degree,” he said. “We can keep up with the changing needs of the archdiocese because we have a College devoted to the education of men interested in the priesthood. The benefit for the seminarians is that they will now possess a SLU degree.”

The College of Philosophy and Letters was founded in 1889 and provides both the philosophical and intellectual background needed for further studies in theology and ministry.

“I am thrilled with this partnership between the archdiocese and SLU because it will provide seminarians with access to SLU faculty and will enrich our classes with students who have dedicated their lives to the church,” added Provost Nancy Brickhouse, Ph.D. 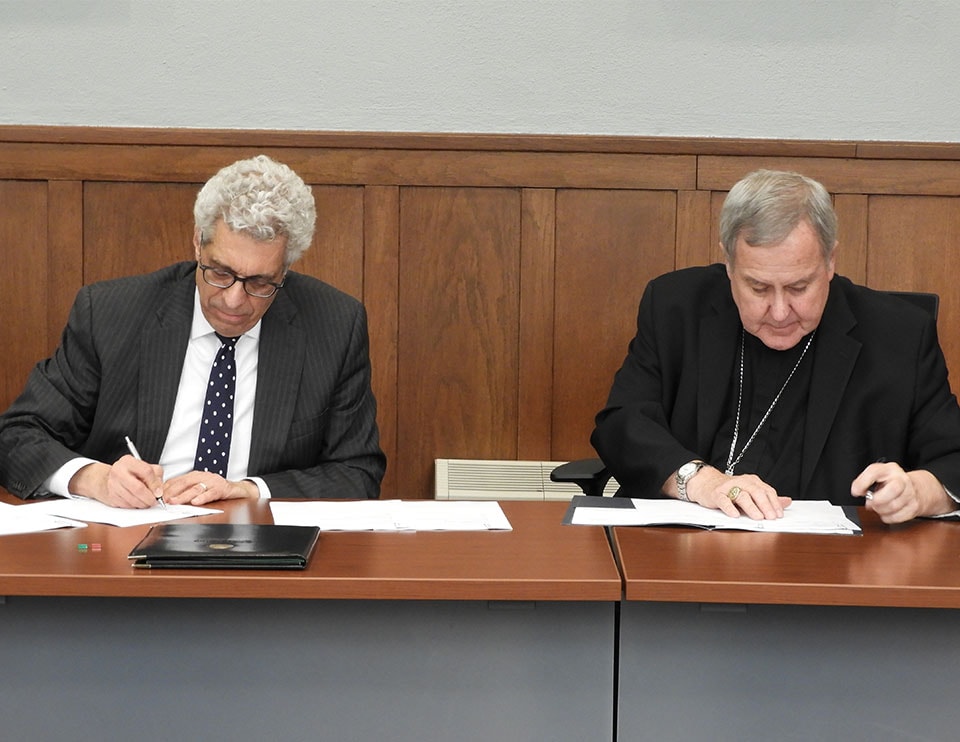