Saint Louis University researcher Daniel F. Hoft, M.D., Ph.D., has been named a fellow of the Academy of Science of St. Louis, an organization that works to promote the advancement and understanding of science and technology in the region. 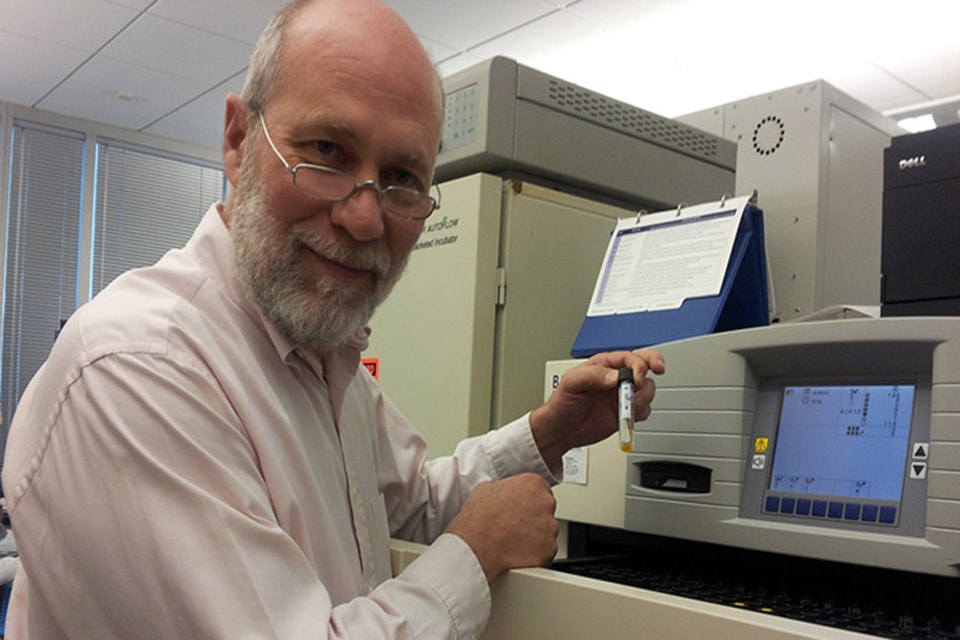 Daniel Hoft, M.D., Ph.D., serves as director of the Saint Louis University Center for Vaccine Development, which has received millions in NIH funding through contracts and awards

The awardees were honored at the Outstanding St. Louis Scientists awards dinner on Thursday, April 5, 2018 at the Missouri Botanical Garden.

Since its inception, the Academy has promoted the recognition of scientists in St. Louis, focusing the region’s attention upon individuals, institutions and corporations known worldwide for their scientific contributions to research, industry and quality of life.

Each award-winner represents an extraordinary caliber of expertise, and in every category, preference is given to candidates who also have a record of excellence in communicating with the public, mentoring colleagues and leadership in the field of science or industry.

Hoft, who is professor of internal medicine and director of the division of infectious diseases, allergy and immunology at SLU and is a SLUCare physician, studies new approaches for tuberculosis vaccines. Although a tuberculosis vaccine exists, protection is limited and better vaccines are urgently needed.

Hoft’s research has examined whether mucosal vaccinations and booster vaccinations can enhance immunity induced by conventional vaccination. He was the first to demonstrate that human γ9δ2 T cells develop protective memory responses after vaccination, a paradigm shift that provides an important new approach for tuberculosis vaccine development.

Hoft has advanced the understanding of Trypanosoma cruzi, the infection that causes Chagas disease, a leading cause of infectious heart disease in Latin America for which no vaccines exist. His lab developed vaccines that are protective in mouse models of T. cruzi infection. He identified specific CD4 epitopes that are presented by a large proportion of the population as promising candidates for vaccine development.

Hoft serves as director of the Saint Louis University Center for Vaccine Development, which has received millions in NIH funding through contracts and awards, including a Vaccine & Treatment Evaluation Unit contract placing SLU among an elite group of top academic centers conducting phase I through III trials of novel vaccines for global protection against future pandemic challenges.