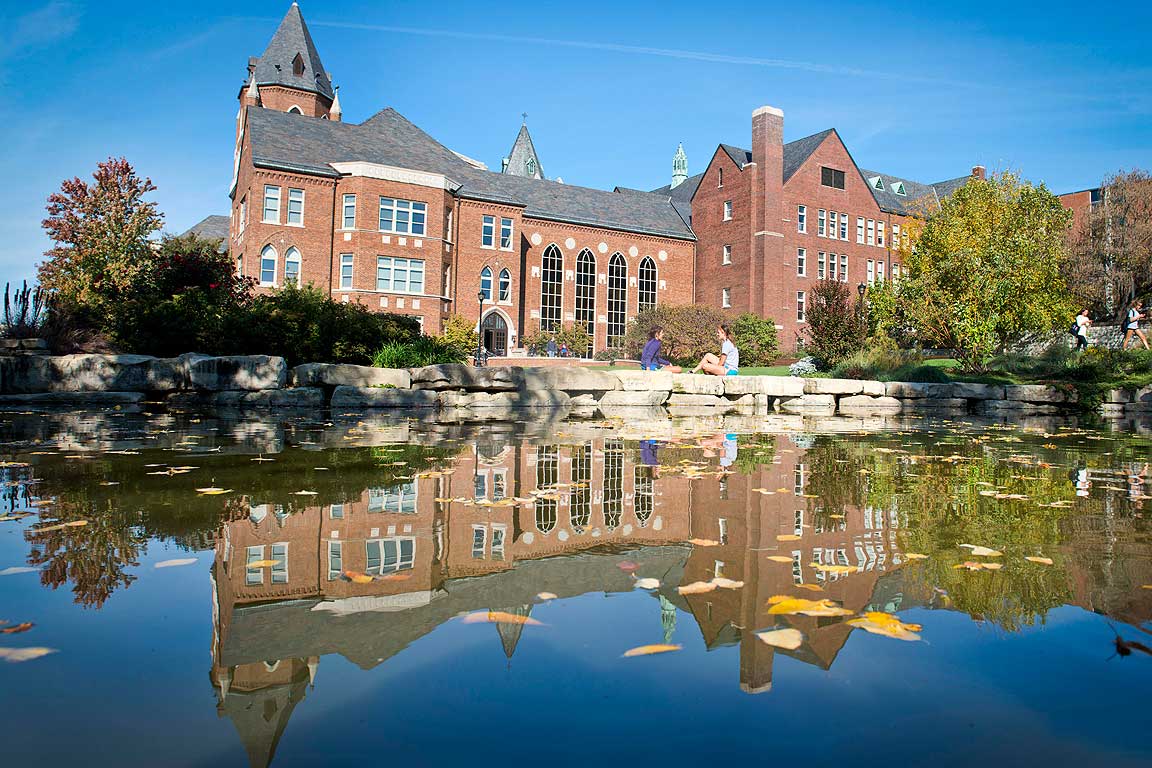 A $15 million gift from alumnus and trustee Dr. Richard A. Chaifetz and his wife Jill in February was the highpoint of SLU’s historic fundraising year. At the time, the University announced the naming of the Chaifetz School of Business (pictured above) in honor of couple’s total contributions - $27 million.

The milestone total more than doubles what was raised during the previous fiscal year, and it is $33 million more than the previous 12-month record of $65 million, which was set during the 2005-06 fiscal year. A record 14,805 donors made gifts to the University during FY18.

“Our bicentennial has focused our supporters on the many ways in which we are living our mission,” said SLU President Fred P. Pestello, Ph.D. “Our vision inspired an unparalleled outpouring of support. This unprecedented generosity from our alumni, our trustees and countless other stakeholders demonstrates their confidence in our future.”

“I want to thank every donor for contributing to this historic fundraising year and for supporting innovation, excellence in educating and forming our students, cutting-edge scholarship and informed, patient-centered health care,” Pestello continued.

“As a private research university that strives to serve the public good, the importance of philanthropy has never been greater, and our dedicated donors have stepped up to support us like never before,” said Sheila Manion, SLU’s vice president for development. “I want to thank Dr. Pestello and our trustees for leading the way, and I congratulate our wonderful fundraising staff for their remarkable successes this year.”

Most gifts during FY18 went to support academic programs, patient care, and student scholarships and financial aid. In terms of scholarship support, SLU’s Go Further initiative – in which the University matches every scholarship gift dollar-for-dollar – has raised more than $39.5 million in matching dollars since its launch five years ago.

“I am heartened that so many of our stakeholders continue to make contributions to support scholarships,” Pestello said. “They share our belief that no student’s opportunity should be limited by a lack of financial resources. Thanks to our many donors, we are able to offer a transformational education to even more students of modest means.”

Record Fundraising: By the Numbers

Gifts that Exceeded $1 Million in FY18