Saint Louis University has been recognized by the Princeton Review on its newly-released Best 384 Colleges: 2019 Edition. 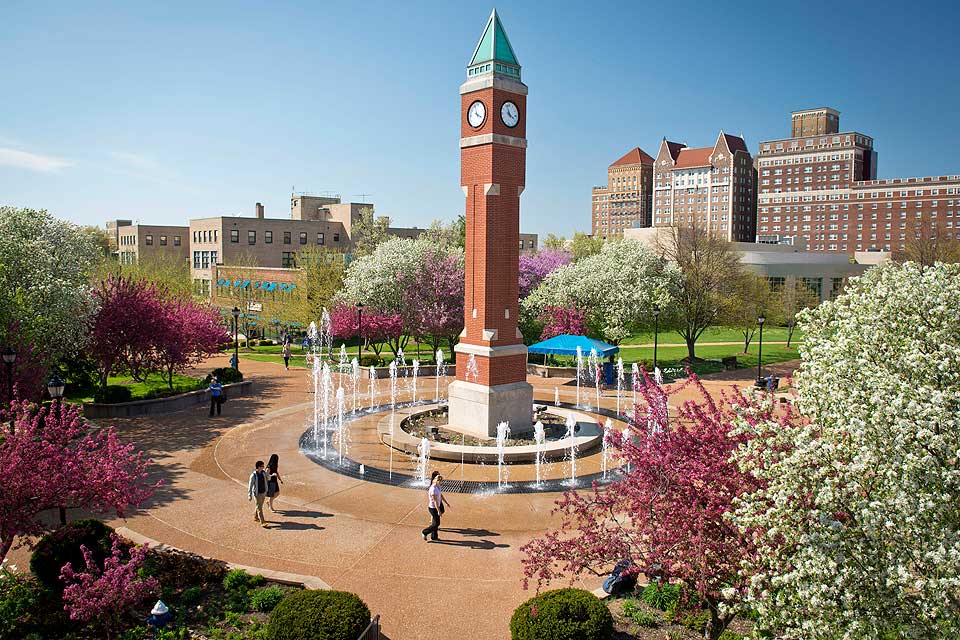 SLU was ranked No. 1 in the nation as the university most engaged in community service. File Photo

SLU was ranked No. 1 in the nation as the university most engaged in community service – an honor that reflects SLU’s historic commitment to being people for others and comes as SLU is about to mark 150 years of service on its Bicentennial Service Clock. As part of the “200-Years-In-One-Challenge, a free app tracks service hours spent volunteering, mentoring and improving the community and logs them on the clock located at Grand and Lindell. To fulfill 200 years of service, the SLU community will serve the equivalent of 1,753,176 hours.

In addition, SLU was ranked No. 5 as an impact school and No. 18 for most popular study abroad program. The University was also recognized on the “Green Colleges” and “Best Midwestern Colleges That Pay You Back” lists.

One of The Princeton Review’s most popular guides, The Best 384 Colleges rankings are based on surveys of 138,000 students at 384 top colleges that includes a wide representation by region, size, selectivity and character. Published annually since 1992, the book has detailed profiles of the colleges with rating scores in eight categories as well as ranking lists of top 20 schools in 62 categories.

Learn More About the Rankings and Methodology