With a Focus on High-Risk Patients, SLU Researcher Eyes Eliminating TB for Good

In a recent paper published in PLOS One, Soumya Chatterjee, M.D., assistant professor of infectious diseases, allergy and immunology at Saint Louis University, presents data to show that a focus on high-risk tuberculosis patients may be the answer to stalled progress in stamping out the illness in the United States. 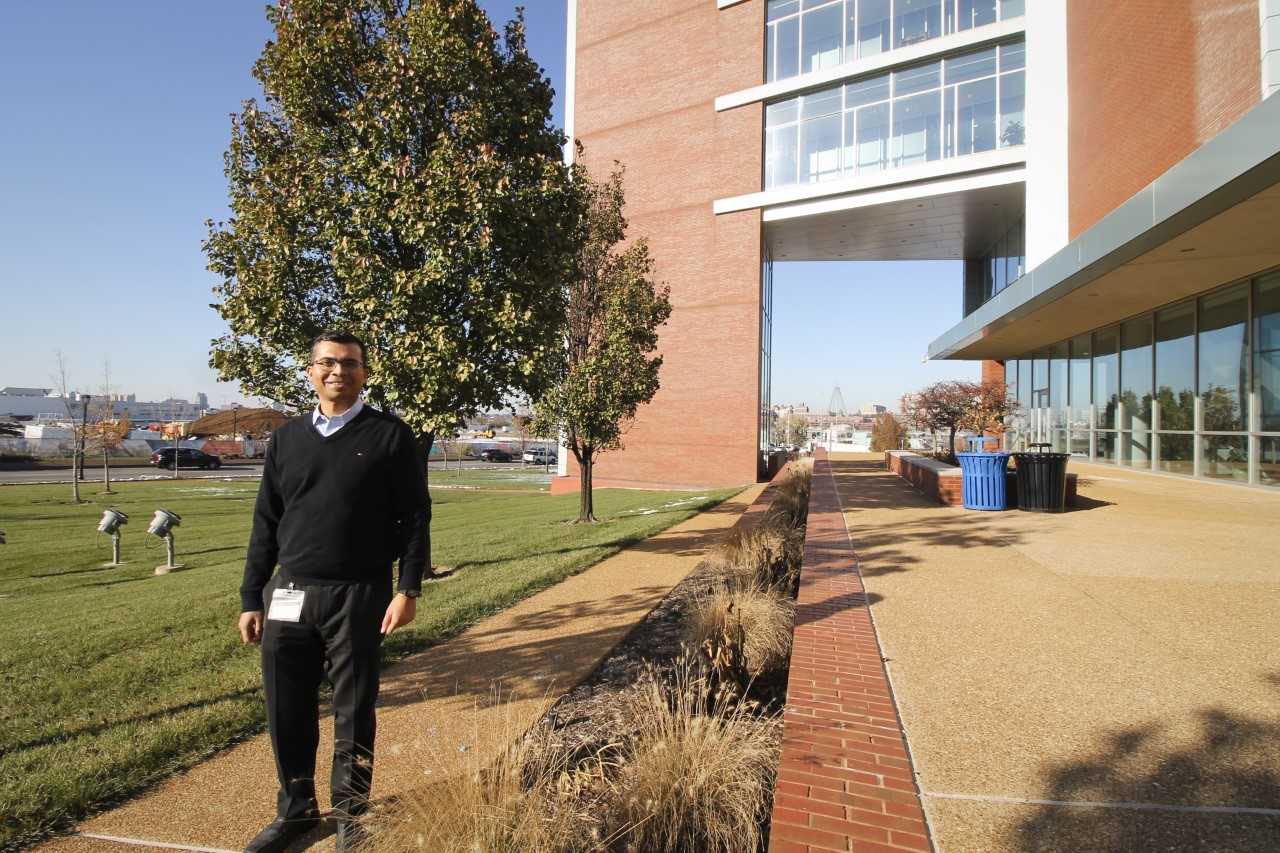 “We can achieve elimination of this disease in the U.S., but our numbers are not going down fast enough,” Chatterjee said.

Tuberculosis (TB) is a bacterial infection that can cause lung damage. People who are infected with TB may have active or latent forms of the illness.

In its active state, TB causes symptoms, such as coughing and weight loss, and is contagious to others. Patients with untreated, active TB typically pass the infection on to others at a rate of 10 to 14 people per year. Those with latent TB do not have symptoms and usually are not contagious, but are at risk of eventually developing an active form of the illness.

The U.S. has low levels of tuberculosis, with only about 2.8 cases for every 100,000 people. In fact, experts believe it is possible to eliminate the illness in this country. However, progress toward this goal has stalled as infection rates, which had been declining steadily, have plateaued in recent years.

While it is not fully clear why progress has slowed, a contributing factor likely has to do with patients who do not complete their full courses of treatment.

The Center for Disease Control (CDC) recommends that doctors give those with latent TB  treatment to kill off the dormant bacteria to prevent an active infection.  The treatment is a tablet that is taken daily for six months.

“It can be hard to get people to take the treatment regularly, especially when they are feeling fine,” Chatterjee said. “The rates of completing of therapy is only 50 to 60 percent, at best.”

To address this problem, Chatterjee wanted to determine which patients were most likely to develop an active form of the infection. Certain patients are at higher risk for progressing to active TB, including older people, those with suppressed immune systems, as from HIV, and immigrants from countries with a high prevalence of TB.

Chatterjee theorized that if doctors could identify latent patients at highest risk of active infection and then focus efforts on helping them complete their treatment, the U.S. could again move toward a goal of eliminating the illness.

“If we can separate out who is at high, moderate and low risk of progressing to active status, we can focus on the high-risk group to help ensure that they complete their course of treatment,” Chatterjee said.

Chatterjee and his team gathered five years of existing data from clinic patients who had a latent TB diagnosis.

Using an online risk calculator designed to allow doctors and patients to enter individual risk factors in order to generate an overall risk assessment for the likelihood that a patient with latent TB will go on to develop an active infection, the team retroactively entered the patients’ information into the calculator to determine their risk.

The research team found that 22 percent of those with inactive TB were at high risk for progressing to an active infection. They also found that patients of all risk levels had the same treatment completion rate. The study showed that physicians are not systematically identifying risk levels for their latent TB patients.

“The calculator is a tool to differentiate who is at highest risk for active infection,” Chatterjee said.  “It could allow doctors to communicate the importance of completing a treatment regimen to their high-risk patients.

“Our main revelation from this study is that we should be doing risk stratification with TB patients.”

Chatterjee says that the focus is now to devise strategies to help everyone in the high-risk group complete treatment.

“In our next phase, we are enrolling high-risk patients in a clinical trial with a new treatment regimen that the CDC has approved,” Chatterjee said. “With this treatment, patients only take a tablet once a week for three months, and with 12 doses, they are finished. This has been shown to be as effective as traditional treatments.

“The CDC recommends that this be a directly-observed therapy,” Chatterjee said. “So, a nurse watches patients take their medication. This way, we know that a patient has taken has the full course of medicine.”

Rather than require study participants to make a doctor’s office visit each week, patients will check in with a nurse via an app on their phone.

“We’re taking a telemedicine approach for this,” Chatterjee said. “With a HIPAA-approved app for a patient’s phone, a nurse at a computer will watch the patient take the medication and will record the treatment. This way, we’ll have clear documentation that the treatment was finished.

Other researchers on the paper include Michael Scolarici, Ken Dekitani, Marcia Sokol-Anderson and Daniel Hoft from Saint Louis University and Ling Chen from Washington University in St. Louis. The paper’s digital object identifier is: https://doi.org/10.1371/journal.pone.0207582

Those who are interested in learning more about the clinical trial can call SLU Center for Vaccine Development at 314-977-6333 or email vaccine@health.slu.edu.