Orchestrating traffic is a crucial component of operating a data network. Modern networks may interconnect thousands of servers, storage units or switches that in turn run tasks like device booting and configuration, anomaly and intrusion detection, monitoring and diagnostics. These tasks must be managed to keep the network operating smoothly. 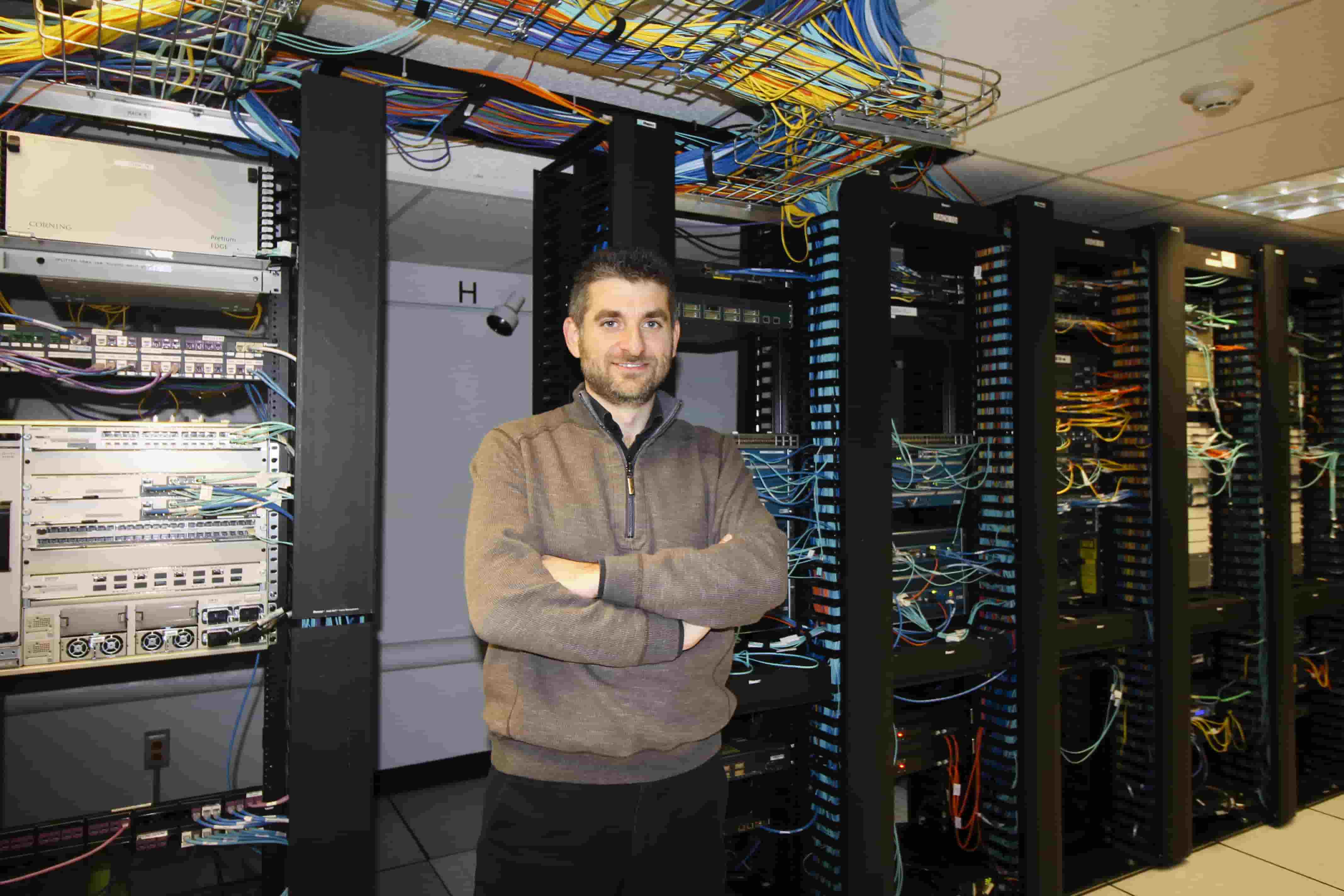 As these networks become increasingly complex, a Saint Louis University researcher turns to sound as a simpler alternative to manage complicated network tasks.

“For several years, researchers have used the term ‘network orchestration’ as a metaphor,” the authors write. “In this paper, we make the metaphor reality; we describe a novel approach to network orchestration that leverages sounds to augment or replace various network management operations.”

Esposito was interested in exploring whether a simpler network management approach could solve common problems. Ideally, Esposito says, an out-of-band management network – a type of network management that is separate from the data that flows across the network -- should be reliable, able to reach all devices in a datacenter, compatible with existing equipment, simple and inexpensive.

The researchers’ answer to this wish list is Music-Defined Networking.

Music-defined networking is a model in which network functions can be programmed in response to specific sound sequences (music), coming from real or virtual devices. The researchers explored both active applications, where network devices were programmed to emit a certain sound, and passive applications, where sounds produced by devices e.g., datacenter fans, are monitored to identify when they may have failed.

“Unlike light, sound is not high speed but instead travels slowly. So, rather than looking at sound as a means of sending lots of data around a network, we’re looking at it for the network management tasks that happen, for example, in the physical space of the datacenter,” Esposito said.

In both a real and virtual network test environment, the researchers explored how music could be used for several network tasks, including datacenter server fan failure detection, authentication, load balancing and congestion notification.

“Nobody’s incorporating the capabilities of the human ear into network management,” Esposito said. “Sound has its limits -- it’s noisy and doesn’t travel very far—but it’s almost completely underused right now.  In addition to the human ear, machines can recognize a tune that serves as a signal.”

For instance, music can be used as a security system “doorbell” to warn that someone has accessed the network.

Malicious intruders often operate by trying every single “door” of entry into a network to find a way in. It can be very difficult to prevent, or even detect, such attacks. Using sound, researchers can create a code so that every time someone enters a virtual door, a human operator or computer would hear a new pattern of music as a warning.

Esposito sees promise in the use of sound and hopes to study music as a means of accomplishing additional network tasks.

SLU’s computer science department welcomes new members and is strongly committed to increasing diversity and inclusion. Students and scholars interested in computer science at SLU should visit http://cs.slu.edu/join to view openings in the department.