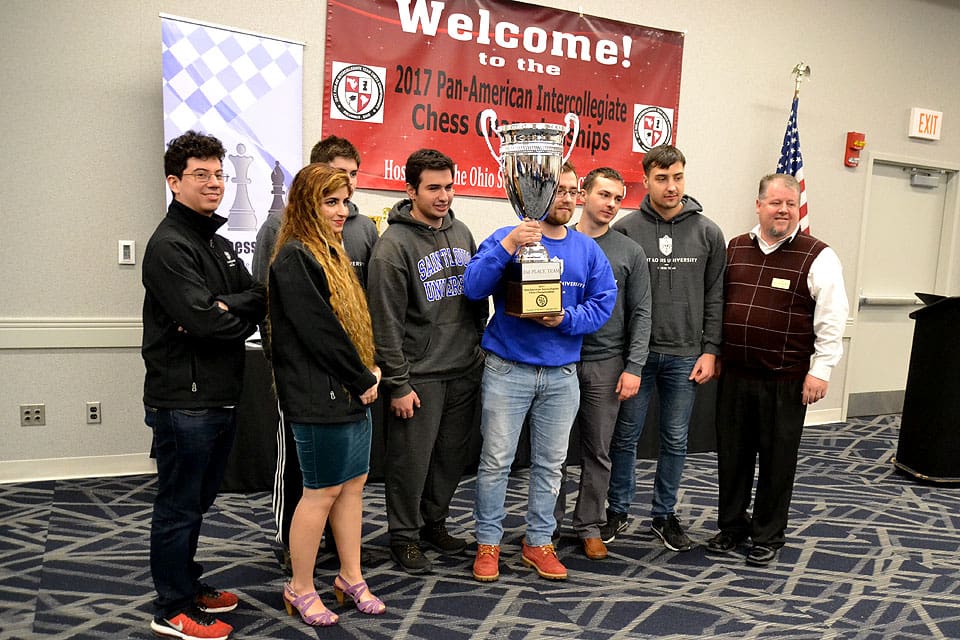 The four-day tournament took place between Dec. 27 and 30 in Columbus, Ohio. SLU competed against 60 teams from across the United States, Canada and Mexico. SLU clinched the number two spot in the six-round Swiss-style tournament by beating Harvard University. In the Columbus tournament’s format, each team played four players per round and had up to two alternates to switch between games.  Universities could field as many teams as they wanted.

SLU went on to face the Webster University Gorloks in the fifth round. The Gorloks, coached by the internationally-renowned Susan Polgar, current grandmaster and former child chess prodigy. After drawing on boards one, two and four, it all came down to the game between SLU graduate student Yaroslav Zherebukh and Olympic gold medalist Ray Robson. As the match progressed, Zherebukh declined a draw to tie the match in order to pursue victory, but he fell short and allowed his opponent a chance to turn the tides. Robson took the game and gave Webster the match 2.5-1.5

With a swift recovery in the final round, SLU defeated Harvard University by a convincing 3.0-1.0, securing second place. Sophomore Cemil Can Ali Marandi won best reserve of the tournament.

The Final Four of Collegiate Chess will be held in New York on Thursday, March 29. The Final Four is considered to be ultimate challenge in collegiate chess and SLU’s team has already begun its preparations for the March competition. 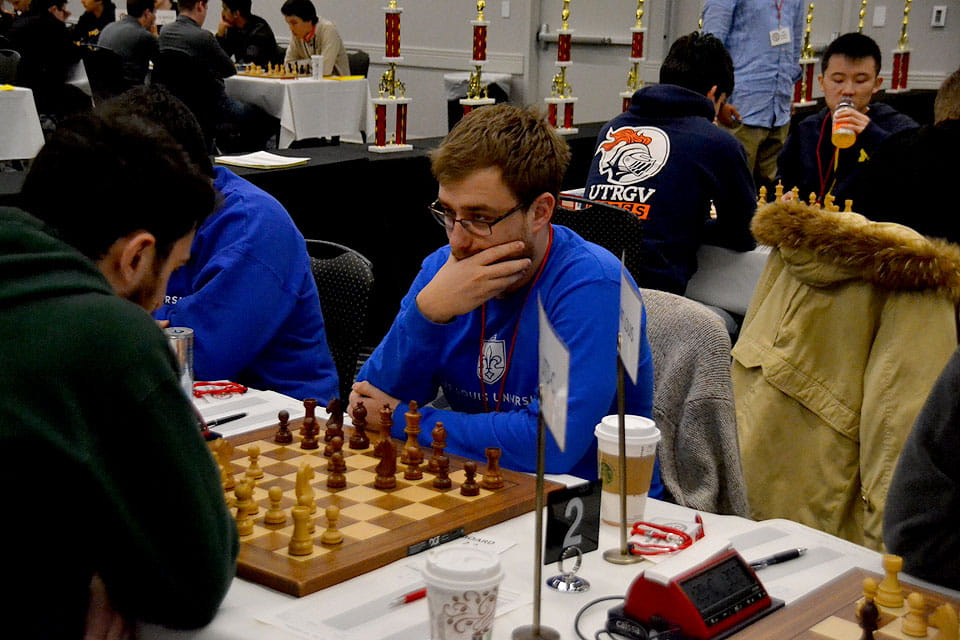 SLU's Team for the Final Four