SLU Grad’s Discovery: For It Is in Giving that We Receive

Shannon Pace, 22, was a sophomore nursing student at Saint Louis University in 2016, when she lost her father to a heart attack, likely linked to Non-Hodgkin lymphoma. 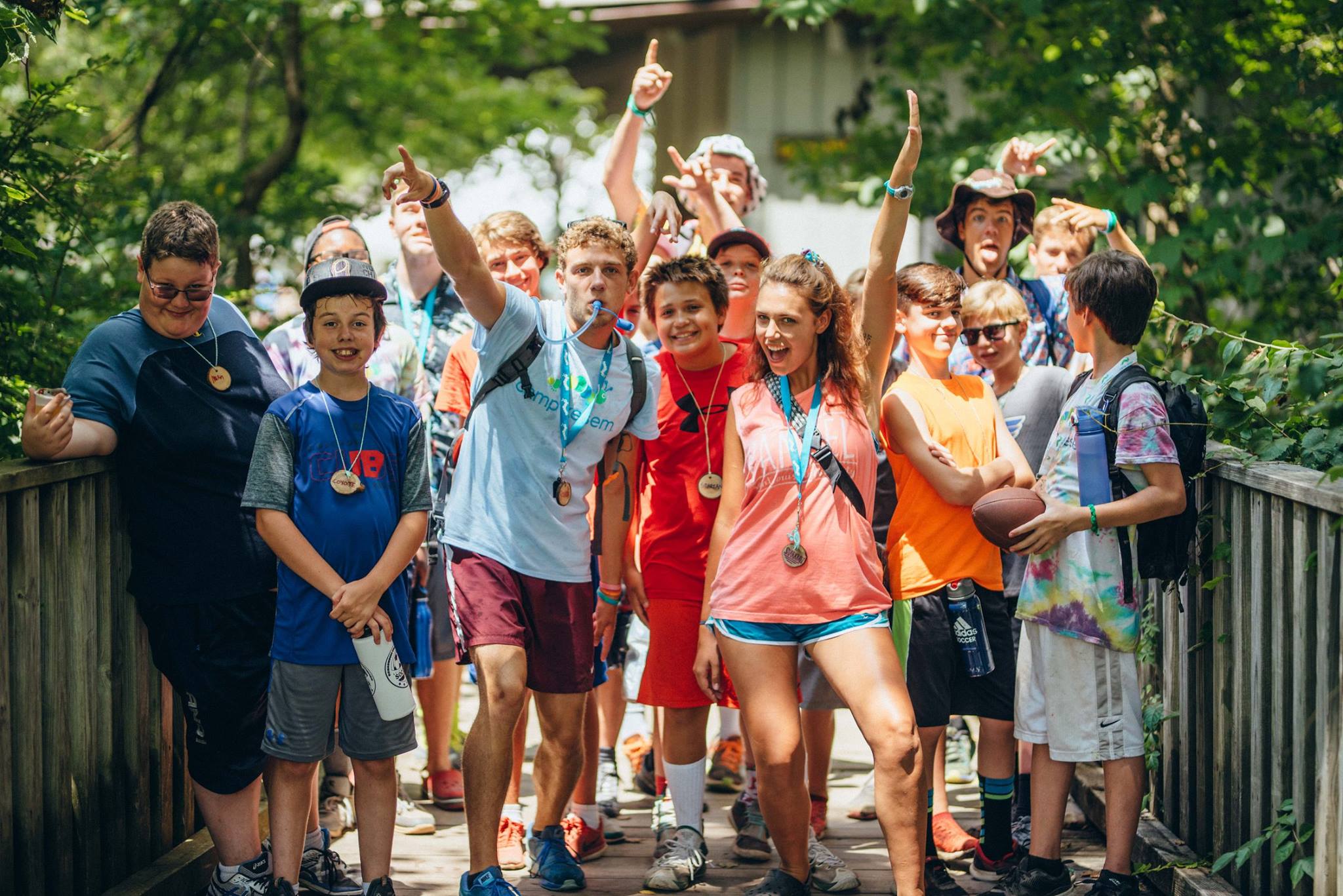 Campers at SLU’s Camp Kesem show their exuberance during last year’s session. They share a special bond because they all have a parent impacted by cancer. Photo provided by Camp Kesem

In her grief, she volunteered to be part of SLU’s chapter of Camp Kesem, joining about 90 SLU students in funding, planning and putting on a free week-long summer camp for kids with a parent impacted by cancer.

Shannon was immediately chosen to serve on the group’s advisory board and as outreach co-director. She first attended the camp as a counselor for 10- and 11-year olds last year.

A Return to Childhood 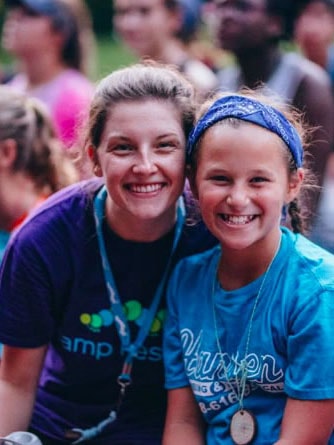 SLU’s Camp Kesem co-director Shannon Pace, who got her nursing degree from SLU in 2018, anticipates Aug. 5-11 as the best week of the year. Photo provided by Camp Kesem

“It’s the best week of the year. It’s a way for campers to escape, to be a kid again and be happy when their parents are going through a rough time. At camp, there are people just like them who they can relate to. Everyone understands without saying anything,” Shannon says.

“I was 9, about their age, when my dad was first diagnosed with cancer, and my campers were my role models. Being with them was so much fun. They made me laugh more than I had in a while. They reminded me that while the hard times stink, at camp I was with people who loved me and lifted me up.”

This year, Shannon expanded her involvement with SLU’s Camp Kesem, which will be held at Sunnyhill Adventures Center in Dittmer, Missouri, from Aug. 5-11. She joins Madee Springgate, who will get her degree from SLU’s School of Education in 2020, as co-director.

Madee’s cousin, who had been active in SLU’s Camp Kesem, recommended Madee get involved with the organization.

“I fell in love from the minute I joined,” Madee said. “I stay involved because counselors and campers have become my family since I’ve been at SLU. It’s incomparable to any organization I’ve been part of. You can really tell what an impact everyone has on each other’s lives.”

The camp has taken a dramatic growth spurt since attracting about 27 campers when it began in 2013. This year it will draw 115 kids ages 6-16 as well as CITs (Counselors in Training) who are 17 and 18. 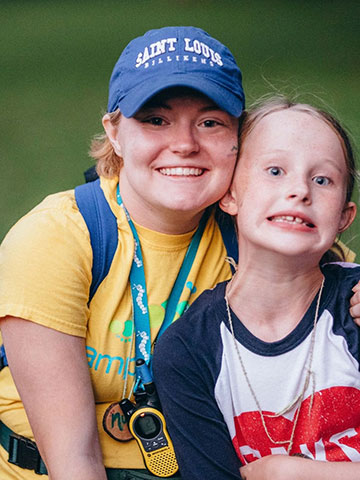 Madee Springgate, SLU’s Camp Kesem co-director, will get her degree in middle school education from SLU in 2020. Photo provided by Camp Kesem

Many campers return year after year, encouraging their younger brothers and sisters to attend when they come of age. Campers sometimes become CITs; in fact, the only SLU Camp Kesem counselor who is not a SLU student is a former camper. They have a few special events during the year and receive birthday cards and bracelets as reminders of Camp Kesem magic.

Mackenzie Sullivan, who graduated from SLU in 2017 with a bachelor’s degree in English, is the paid regional program director for SLU’s chapter and has deep Camp Kesem roots. Mackenzie was one of a handful of inaugural members of SLU’s chapter in 2013, and served in multiple leadership positions for SLU Camp Kesem, including as SLU Camp Kesem co-director last year.

“At SLU, it came really naturally for me to be involved. It’s normal for people here to be engaged in service and take our commitment to be men and women for others seriously. It’s part of what SLU is all about,” Mackenzie said. “The people I worked with to start Camp Kesem at SLU continue to be some of my closest friends.”

Others feel the same way, she said, noting that the mental health and nursing staff at SLU’s Camp Kesem are SLU graduates who continue to want to be engaged with campers and each other.

SLU’s Camp Kesem is among the more than 100 chapters in 40 states across the country, and its volunteers have raised $105,000 this year to support the program.

Nearly 60 SLU students have volunteered as counselors for the camp, each raising $500 in addition to donating their time at Camp Kesem. About 30 other volunteers support Camp Kesem, but don’t become counselors.

Some have relatives who have fought cancer. They come from all majors, including nursing, finance, athletic training, education, entrepreneurship and biology.

Their time commitment is impressive. SLU’s group meets for four and a half hours each Wednesday night during the school year, planning fundraisers, special events and reunions to keep the spirit going until camp week, which flies by all too fast.

Shannon says she what she gets out of the experience is worth far more than the time she puts in.

“I’ve met some of my best friends through Camp Kesem. We’re all like one big family,” Shannon said. “I know my dad would be really proud of what I do.”