The polls have closed, the results are in and the name of St. Louis’s newest district is “Prospect Yards.”

The name reflects the area’s early 20th century roots, when the area west of Grand was known as the “Prospect Industrial District,” one of 17 industrial districts in the city and home to an extensive rail yard and many businesses. 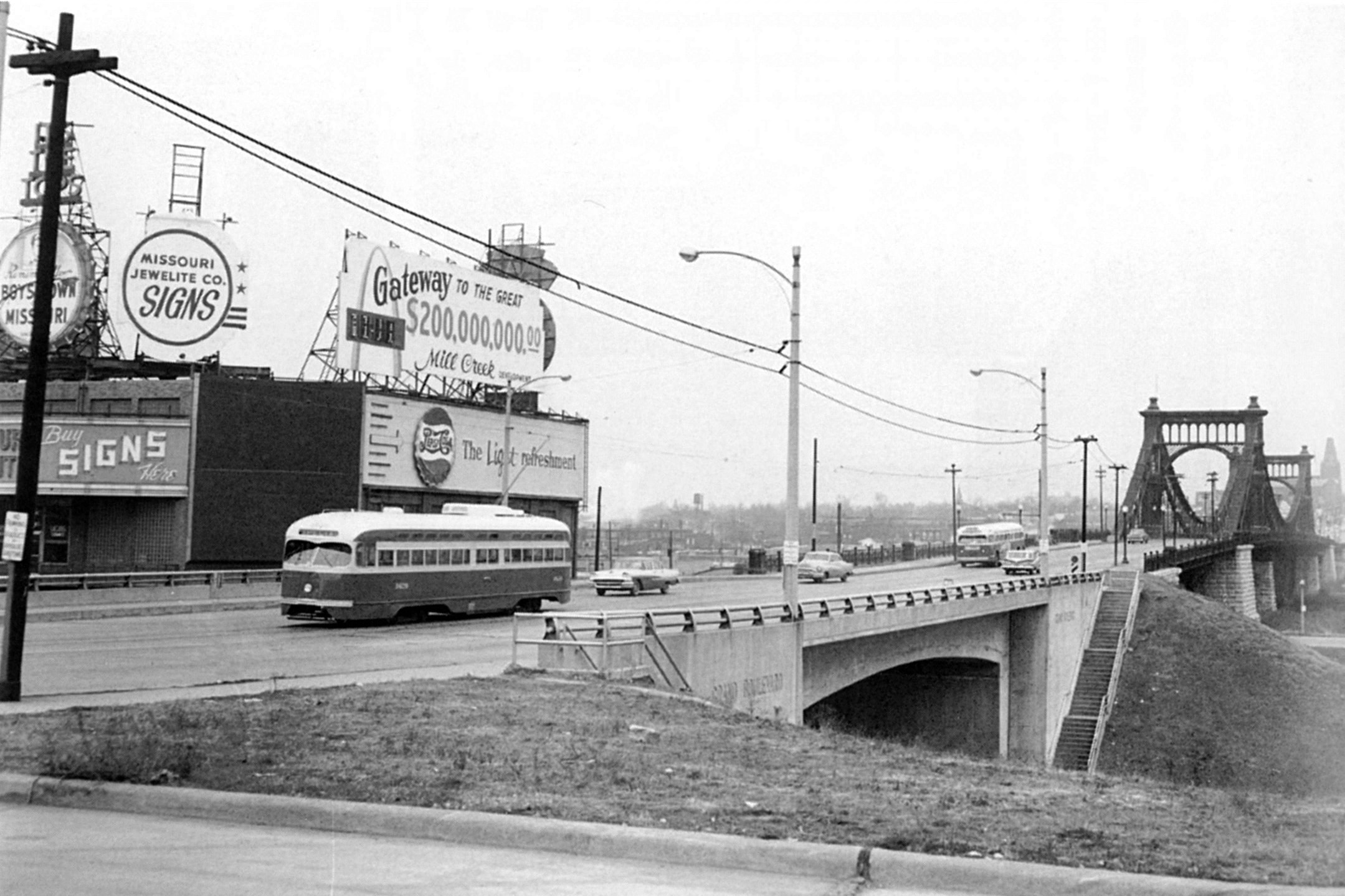 This mid 20th century photo shows Grand looking south across the 1890 Mill Creek viaduct. The area is in the east end of Prospect Yards.

From March 1-12, members of the Saint Louis University family, SSM Health employees and those in the community cast about 6,000 votes to name the half-mile area in Midtown. Prospect Yards received the most top votes.

The 150-acre Prospect Yards connects Saint Louis University’s north and south campuses and is bordered by Laclede Avenue, Chouteau Avenue, Grand Boulevard and Vandeventer and Spring avenues. The district lies within Midtown in much the same way that Cortex is part of the Central West End and the Loop is part of University City. Prospect Yards includes projects underway such as construction of the City Foundry STL and Element by Westin Hotel and redevelopment of the Armory building.

The umbrella developer for the larger, 400-acre area is St. Louis Midtown Redevelopment Corporation, which is owned by Saint Louis University and SSM Health.

“We thank everyone who participated in the poll,” said Brooks Goedeker, executive director for St. Louis Midtown Redevelopment Corporation. “In addition to votes on the four names we proposed, we received many write-in suggestions, some playing on the ‘Prospect’ theme that was ultimately chosen.”

About Saint Louis University: Founded in 1818, Saint Louis University is one of the nation’s oldest and most prestigious Catholic institutions. Rooted in Jesuit values and its pioneering history as the first university west of the Mississippi River, SLU offers nearly 13,000 students a rigorous, transformative education of the whole person. At the core of the University’s diverse community of scholars is SLU’s service-focused mission, which challenges and prepares students to make the world a better, more just place. For more information, visit slu.edu.

About SSM Health: SSM Health is a Catholic, not-for-profit health system serving the comprehensive health needs of communities across the Midwest through a robust and fully integrated health care delivery system. The organization’s more than 40,000 employees and 10,000 providers are committed to providing exceptional health care services and revealing God’s healing presence to everyone they serve.

With care delivery sites in Illinois, Missouri, Oklahoma and Wisconsin, SSM Health includes 24 hospitals, more than 300 physician offices and other outpatient care sites, 10 post-acute facilities, comprehensive home care and hospice services, a pharmacy benefit company, and a health insurance company. It is one of the largest employers in every community it serves.