In recognition of Busch Valentine’s history of philanthropic support of SLU totaling nearly $7 million, the University has renamed its nursing school the Trudy Busch Valentine School of Nursing. 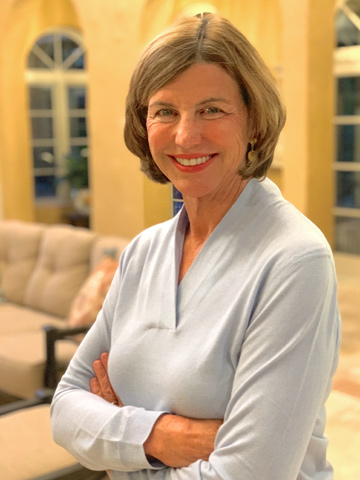 “Through the generosity of alumni like Trudy Busch Valentine, Saint Louis University has the ability to build the intellectual and physical resources to support accomplished faculty, interdisciplinary research, and education with global impact,” said University President Fred Pestello, Ph.D. “We are grateful for her leadership and counsel as a trustee, and thankful for her support as a benefactor.”

Busch Valentine’s recent $4 million gift was made in honor of former deans Teri Murray, Ph.D., and the late Joan Hrubetz, Ph.D., for their legacy of outstanding leadership that has made the nursing school one of the best in the nation. The gift will support faculty development as well as continued academic excellence among the school’s faculty in teaching, research, scholarship and leadership.

“Trudy recognizes the importance of nursing in our communities and values the world-class nursing education SLU provides as it prepares students to contribute to societal health as graduates,” said Dean Emerita Murray. “Her generous gift serves to further the school’s legacy of excellence and innovation, and I am ecstatic that the school will bear her name.”

I’m so proud to be part of a profession that cares so deeply about people and can make such a positive impact on the lives of others – a profession that lives SLU’s Jesuit mission to seek a higher purpose for the greater good."

“Nursing has made me respect people from all walks of life, and it has opened my heart, mind and life to the well-being of others,” said Busch Valentine. “I’m so proud to be part of a profession that cares so deeply about people and can make such a positive impact on the lives of others – a profession that lives SLU’s Jesuit mission to seek a higher purpose for the greater good. I am so grateful to the Saint Louis University School of Nursing and very happy to honor Dean Teri Murray, a dear friend and mentor, for her many years of service and magnificent leadership.”

An active conservationist and philanthropist, Busch Valentine has volunteered with and donated to numerous community organizations, including Boys Hope/Girls Hope, Edgewood Children’s Center, Caring Solutions, Almost Home and Churchill School. She has served on many boards, including MICDS School and the Saint Louis Zoo, and has worked as a volunteer nurse at the Salvation Army Residence for Children, Mercy Hospital and the Visiting Nurse Association Hospice program.

The Trudy Busch Valentine School of Nursing is one of the elite schools of nursing in the country. Through investment made possible by Accelerating Excellence: The Campaign for Saint Louis University, the school aims to become a global leader in nursing education and to graduate students who will be recognized as great and ethical leaders in their organizations and communities. 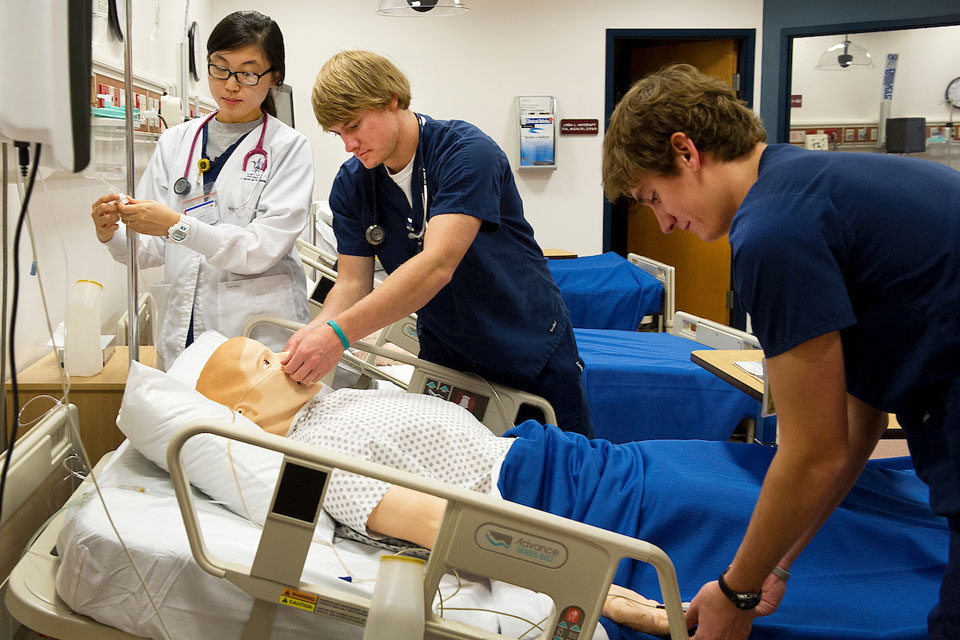 Nursing students in a simulation lab at SLU. File photo