Saint Louis University’s Austin Dalrymple, DO, has been named the Arthritis Foundation’s medical champion for 2019. He received the award at the St. Louis Chapter Foundation’s Silver Bell Gala on Dec. 7. 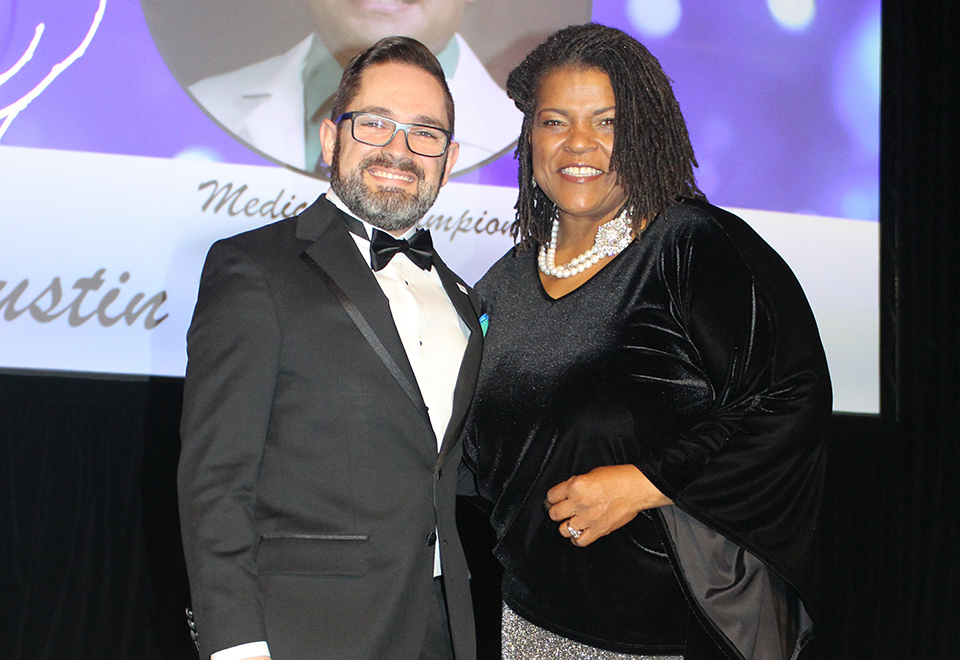 His research interests include biomarkers in juvenile idiopathic arthritis.

I am amazed and encouraged daily by the resilience of my young patients with arthritis."

Dalrymple volunteers with the Lupus Foundation of America – Heartland Chapter, currently serving as the vice chair of the organization’s board of directors. He has also worked with the Arthritis Foundation for several years.

“I partner with them for the benefit of my patients so that they and their families have access to educational resources, community support, and advocacy efforts,” Dalrymple said. “I am amazed and encouraged daily by the resilience of my young patients with arthritis. It was my sincere honor to be recognized in this way by the Foundation.”

Dalrymple graduated from Pittsburg State University and attended medical school at Kansas City University College of Osteopathic Medicine. He completed his residency, chief residency, and fellowship at Saint Louis University School of Medicine. He has been a faculty member at SLU for three years.