Marla Bernbaum, M.D., who had been on faculty in the division of endocrinology at Saint Louis University School of Medicine for 38 years, died Tuesday, Dec. 10. She was 66. 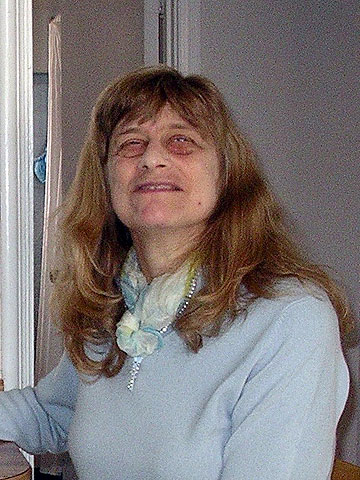 Dr. Bernbaum was an associate professor in the department of internal medicine from 1981-1998 before retiring from full-time employment due to disability. She continued to be part of the SLU family, taking a voluntary appointment as a clinical associate professor.

Stewart Albert, M.D., professor of endocrinology, was a close friend and colleague of Dr. Bernbaum and described her determination.

“Sometimes we make heroes of those who have innate skills. But what if these skills were taken away?” he asked.

“Dr. Bernbaum lost her vision from diabetes after finishing her residency. She had the entire textbook of medicine read for her, then memorized it to pass her internal medicine boards. She became an attending at the former City Hospital and supervised during the historic heat stroke epidemic of the 1980s. Deciding to become a fellow in endocrinology, she again took on memorizing the entire textbook of endocrinology to pass her subspecialty boards and became a colleague on SLU’s faculty.”

An accomplished academic physician, Dr. Bernbaum went on to receive three grants, publish 17 manuscripts and one chapter in a textbook for rehabilitation medicine, Albert said.

“She changed the way we, as specialists, and patients with diabetes approach the long-term care and management of diabetes complications,” he said.

During her time at SLU, Dr. Bernbaum oversaw the endocrinology fellowship and served as assistant to the dean of students. She also directed the diabetes education program and the clinical program for diabetes and vision impairment.

“Her perseverance and scholarly questioning continued to nurture our endocrinology program  and set the tone for our fellows to always be caring physicians,” Albert said.

Among many volunteer positions, she served on two national task forces on diabetes and visual impairment and was a consultant for the Missouri Bureau for the Blind.

Dr. Bernbaum received her undergraduate degree in zoology from the University of Michigan and her medical degree from the Medical College of Ohio in Toledo. She did her residency in internal medicine and fellowship in endocrinology at Saint Louis University.

Her graveside funeral service is at 11 a.m. Friday, Dec. 13, at United Hebrew Cemetery, 7855 Canton Ave. Memorial contributions are preferred to the American Diabetes Association or the Jewish Federation of St. Louis.