Researcher Daniela Salvemini, Ph.D., professor of pharmacology and physiology at Saint Louis University, has been named a Fellow of the National Academy of Inventors (NAI) for her contributions toward understanding and finding better treatments for pain. Fellows of the NAI are academic inventors who have made a significant difference in the quality of life in society. 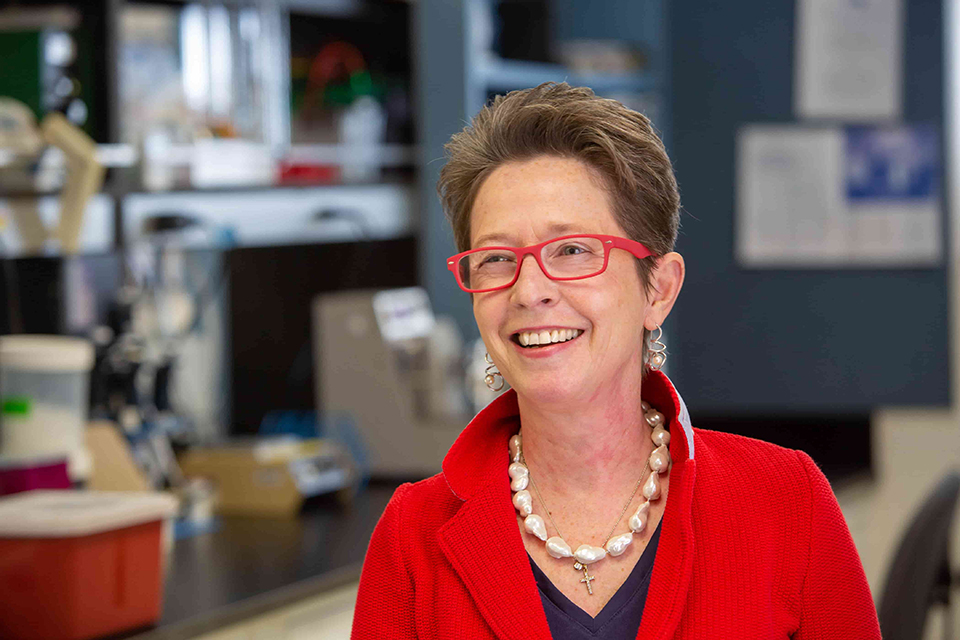 Daniela Salvemini, Ph.D., is a professor of pharmacology and physiology and the director of the Henry and Amelia Nasrallah Center for Neuroscience. SLU Photo

In her work to find new therapies for painful conditions, Salvemini has made many discoveries about how the circuitry of the brain drives and exacerbates chronic pain.

Salvemini, who is the director of the Henry and Amelia Nasrallah Center for Neuroscience at SLU, pioneered research on a treatment of neuropathic pain that could provide the first alternative to ineffective steroids and addictive opioids, a market projected to reach $8.3 billion by 2024.

In one important finding, she learned that a drug approved for multiple sclerosis blocks the pain that often accompanies chemotherapy. Now, she is seeking clinical trials to repurpose this and similar drugs for chemotherapy pain treatment.

“I’m delighted that Dr. Daniela Salvemini has been elected a Fellow of the National Academy of Inventors,” said Ken Olliff, vice president for research at SLU. “Her academic discoveries are extremely promising, and in her work to control chemotherapy-induced pain she has contributed enormously to this very important field.”

The NAI Fellows Program highlights academic inventors who have demonstrated a spirit of innovation in creating or facilitating outstanding inventions that have made a tangible impact on quality of life, economic development and the welfare of society.

In her election as a Fellow of the NAI, Salvemini joins SLU colleague Richard Bucholz, M.D., professor of neurosurgery at SLU, who was named a Fellow of the NAI in 2013 for inventing the “Stealth Station,” a real-time tracking system that allows surgeons to better access the brain and navigate the complex anatomy during surgical procedures.

The National Academy of Inventors is a member organization comprising U.S. and international universities, and governmental and non-profit research institutes, with over 4,000 individual inventor members and Fellows spanning more than 250 institutions worldwide.

It was founded in 2010 to recognize and encourage inventors with patents issued from the United States Patent and Trademark Office (USPTO), enhance the visibility of academic technology and innovation, encourage the disclosure of intellectual property, educate and mentor innovative students, and translate the inventions of its members to benefit society. The NAI has a close collaborative relationship with the USPTO and is one of three honorific organizations, along with the National Medals and National Inventors Hall of Fame, working closely with the USPTO on many discovery and innovation support initiatives. The NAI publishes the multidisciplinary journal, Technology and Innovation.