Saint Louis University’s School for Professional Studies has partnered with the St. Louis Brewers Heritage Foundation to offer a Certificate in Brewing Science and Operations. 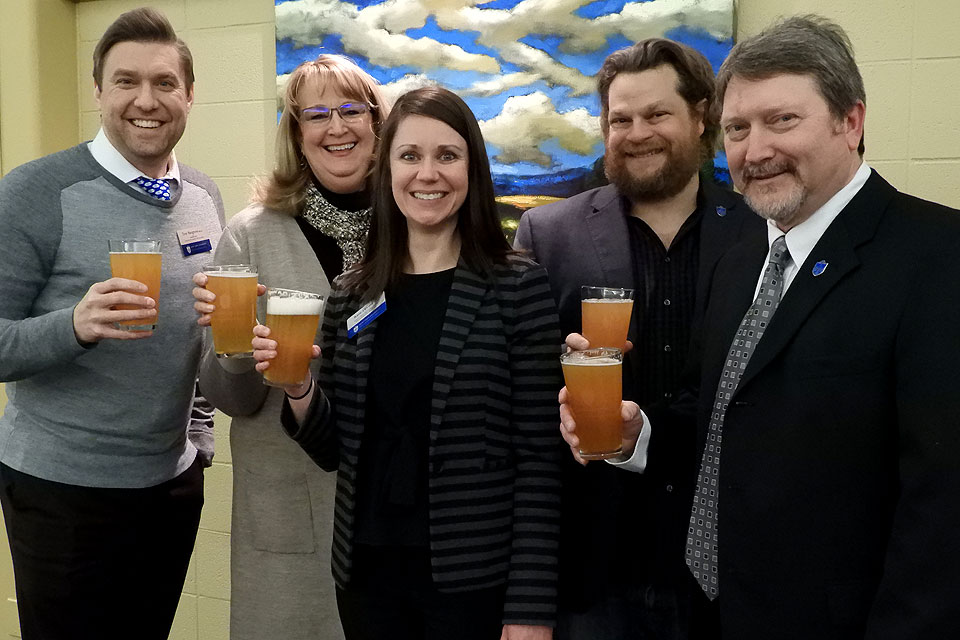 The new program is designed for individuals working in the brewing industry as well as individual home brewers and addresses the art and science of brewing.

The partnership between SLU and the St. Louis Brewers Heritage Foundation will support the growing brewing industry by providing quality, relevant education to help in knowledge and career advancement. The number of breweries in Missouri has grown 125 percent from 2014 to 2017 and all indications are the growth will continue into the near future.

“Students will learn about the science of the brewing process as well as the operations and management aspects of the brewing industry, such as marketing and distribution, quality assurance, and the regulatory environment," said Tracy Chapman, Ph.D., dean of the School for Professional Studies at SLU.

The program grew out of discussions that began in Spring 2018 when Troika Brodsky, executive director of the Saint Louis Brewers Heritage Foundation, along with a diverse group of representatives from the brewing industry, approached Saint Louis University with the idea of creating a partnership to build a Certificate in Brewing.

"For over two hundred years the art of brewing beer and the industry built around it have helped to shape and define the city of St. Louis economically and culturally,” Brodsky said. “Historically, the St. Louis brewing industry has always been at the forefront of innovation, being credited with brewing the first lager beer in North America in 1809 and later introducing both pasteurization and refrigerated railcars which for the first time allowed local breweries to grow into national brands.”

“That spirit of industry-leading innovation continues today with the announcement of Saint Louis University’s School for Professional Studies Brewing Science and Operations Certificate created in collaboration with St. Louis’ local brewing community,” added Brodsky. “This first-of-its-kind brewing program is remarkable in that it leverages expertise from throughout an entire city’s beer scene tapping instructors from and featuring site visits to many of the 70-plus breweries that call the greater St. Louis metro region home.”

An advisory board comprised of experienced brewing professionals from throughout the Greater St. Louis brewing industry worked with faculty members from SLU to develop the certificate which will be offered online.

John Buerck, Ph.D., program director for the Brewing Science and Operations certificate, calls it a link to the past, present and future of the industry, noting that St. Louis, known in the industry as “the city that was built on brewing,” is quickly becoming the brewing mecca in the heartland of America.

“This partnership program, which begins in Fall 2019, will educate the next generation of St. Louis beer makers,” Buerck said.

In addition to course work, students will have the opportunity to visit several of St. Louis’ breweries where local brewers will provide guided lectures and first-hand demonstrations of the brewing process. Virtual students will also be able to attend these brewery visits and post questions via streaming video and live chat.

The St. Louis Brewers Heritage Foundation is a 501(c)(3) non-profit organization with a civic and educational mission to promote the Greater St. Louis region as a premier beer tourism destination and to share St. Louis’ rich brewing history. For more information, visit www.stlbeer.org.