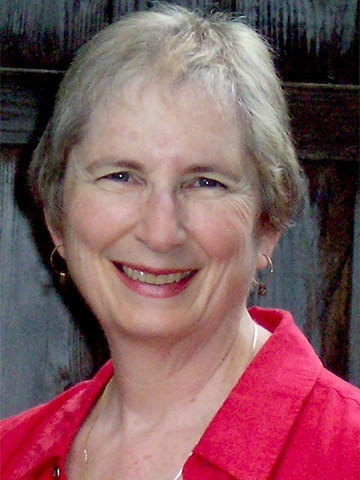 Perry, who preferred no funeral or memorial service, has been remembered by her long-time colleague and friend, Charles Parker, Ph.D, from the Department of History.

Elisabeth Perry, Professor Emerita from the History Department and Women’s and Gender Studies, passed away on November 11, 2018, in a hospice facility in Omaha, Nebraska. From 1999 to 2009, Elisabeth co-held the John Francis Bannon Chair in the History Department with her husband, Lewis Perry, Ph.D. In 2009, she joined the Women’s and Gender Studies Department where she served until her retirement from the university in 2010.

Elisabeth was born in New York City to Carlos Lindner Israels Bauman and Irma Commanday Bauman and attended Hunter College High School. From New York City, she moved to California and graduated with a B.A. (1960) and Ph.D. (1967) in history from UCLA. Even before completing her graduate training, Elisabeth took a lecturer position in history at California State University in Long Beach in 1966. Over an academic career that spanned three decades, she established herself as an important scholar of U.S. women’s history and skilled teacher and mentor to students and colleagues.

Though Elisabeth made her primary mark on historical scholarship in women’s history, she actually started her career in the field of early modern France. Her first book, From Theology to History: French Religious Controversy and the Revocation of the Edict of Nantes (1973), examined how Catholics and Protestants in seventeenth-century France appropriated the past to advance their political aims. Shortly thereafter, Elisabeth reinvented herself as a historian of the nineteenth and twentieth centuries with special interest in women’s political activity, feminist literature and theory. She wrote on a wide range of topics from the Girl Scouts organization, to young women who broke barriers in higher education, to the influence of women's history on the scholarship of the Gilded Age and Progressive Era (1870-1920), to feminist politics in New York City. The thread through all her work was women's engagement in civic and social movements in the nineteenth and twentieth centuries. In 1987, she published Belle Moskowitz: Feminine Politics and the Exercise of Power in the Age of Alfred E. Smith.

History professor Lorri Glover , Ph.D., the current holder of the Bannon Chair, comments that “Elisabeth was a scholar of the first order: curious and rigorous and generous in equal measures. She was a forthright and formidable woman with a great sense of humor and honest warmth. Elisabeth made other women stronger and other scholars better.”

Perry’s work in the academy emulated the women she brought to light as a scholar. She exerted strong leadership in the history department and especially in the women’s and gender studies department, which successfully transitioned from a small program to a well-respected department during her tenure. She collaborated with others to advocate for greater equality and diversity across campus and to push forward the academic mission of the university. She was a wise mentor and dear friend to many, counseling undergraduate and graduate students, supporting younger faculty, and offering kindness to all.

Jamie Wagman, Ph.D.. from American Studies and currently associate professor at Saint Mary’s College in Notre Dame, Indiana remembers Elisabeth as many of us do. “She taught me so much since I met her 11 years ago, from how to navigate being a Jewish woman historian at a Catholic institution to how to juggle motherhood with academia. I was always so awed and grateful for her advice. She was one of those once-in-a-lifetime teachers, and she instilled me with confidence that was much needed. I'll never forget working with her on projects, her visits to me when I was on maternity leave, and her constant wisdom and strength. I don't think I'd be a professor if not for Elisabeth’s influence in my life.”

This spring, Oxford University Press will publish Perry’s latest book, After the Vote: Feminist Politics in La Guardia’s New York.  Her work is the first historical treatment of the hundreds of accomplished and politically astute women who navigated New York City's mainstream political life during the mid-twentieth century. In After the Vote, she illustrates the variety of ways women negotiated the transition from nonpartisan to partisan activism after they won the vote. The book is a major contribution to the history of New York City from the perspective of the women who supported Mayor La Guardia and his progressive agenda.