SLU PA Student Rolls With the Punches, Rising Waters While on Clinical Rotation

On her first day at her assigned clinical site in Hardin, Illinois, SLU student Emily Sloan found herself helping its residents lay sandbags in an attempt to protect the town from the rising waters. 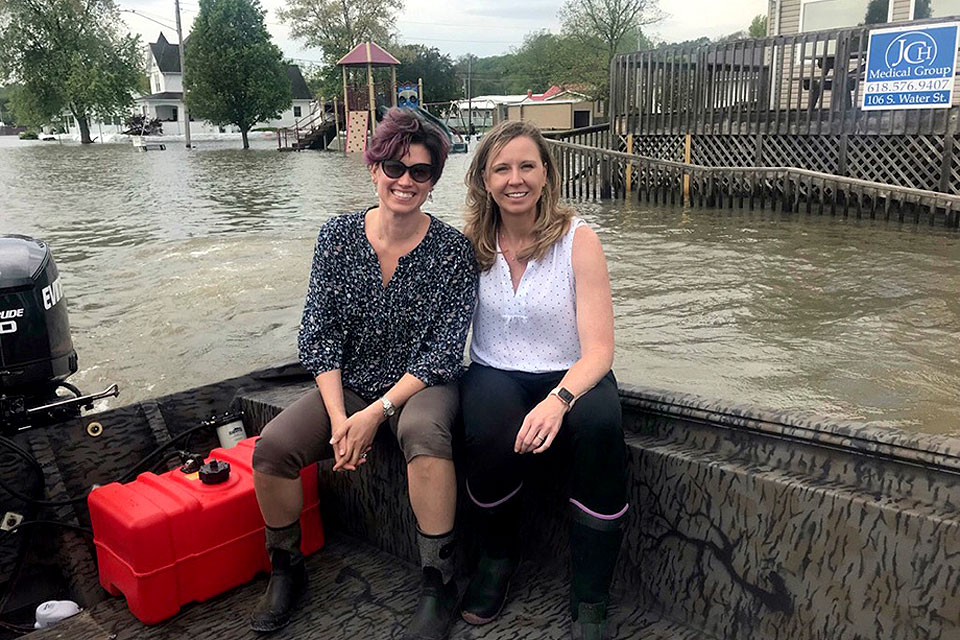 A student in SLU’s graduate Physician Assistant (PA) Program in the Doisy College of Health Sciences, Sloan also got a taste of how health care providers can be called upon to help their neighbors when natural disasters strike.

A native of Southern California, Sloan will graduate from SLU in December. Her program assigned her to the Jerseyville Community Hospital’s Hardin clinic, a family medicine clinic from early May through mid-June this year. The clinic is the only health care provider within a more than 30 mile radius of Hardin, a town of just under 1,000 people.

Rolling on the River While Gaining Health Care Experience

Hardin sits on the banks of the Mississippi River, and flooding throughout 2019 has been ongoing for more than three months. According to the National Weather Service, this year’s flood is the longest-lasting since the Great Flood of 1927, the worst flood in modern history along the lower Mississippi River. As of June 18, river levels at Hardin were expected to crest at 36.1 feet, more than 10 feet above Flood Stage, according to a gauge published by the Riverbender, a local newspaper.

Rising waters from the rain-swollen Mississippi River cut short her work at the clinic, but not before Sloan performed physicals, talked over medications with patients and worked with SLU alumna Missy Zipprich, the clinic’s physician assistant, to see patients. Sloan also helped Zipprich and the clinic’s staff members pack up the medical office and move it further up into the city into an empty dentist’s office so patients could continue to receive care.

Sloan talked about her experience, noting that it was a “classic example of a community coming together to take care of each other.”

How did your SLU education prepare you to help in this situation?

Things are always changing in medicine, and this was a classic example of being flexible and rolling with the punches.

How was your work impacted by the flooding?

It has been surreal to watch the water rise up, then fade away, then come back up. Just when you think it is getting better and roads are opening, it’s actually about to get a lot worse.

The local high schools bussed in kids to help sandbag, and we were seeing some patients in the parking lot because there’s no ramp into the building right now with the porch entrance being under water.

I was supposed to be there May 6 through June 12, but I was evacuated early due to the rising flood waters and moved to another site to finish the last week and a half of my rotation.

When I left, it was the highest it’d been since the ’93 flood and various bridges and roads into town were being closed due to flooding. The flooding is still an issue.

Once the waters completely recede, the building will need to be re-inspected and the porch possibly replaced because that entire front end of the entrance and porch has been under water since May. So I know the impact will be there for months to come.

How has this experience affected your views of health care deliver in a small town and rural setting?

I feel like medicine in small and rural towns has more flexibility than those of larger institutions or urban centers.

We covered numerous issues during each visit, my preceptor knew each patient intimately well, we handled a lot via the phone in order to save elderly patients the trip in, and we went to them if we needed to.

The community vibe is strong in a small area like this. 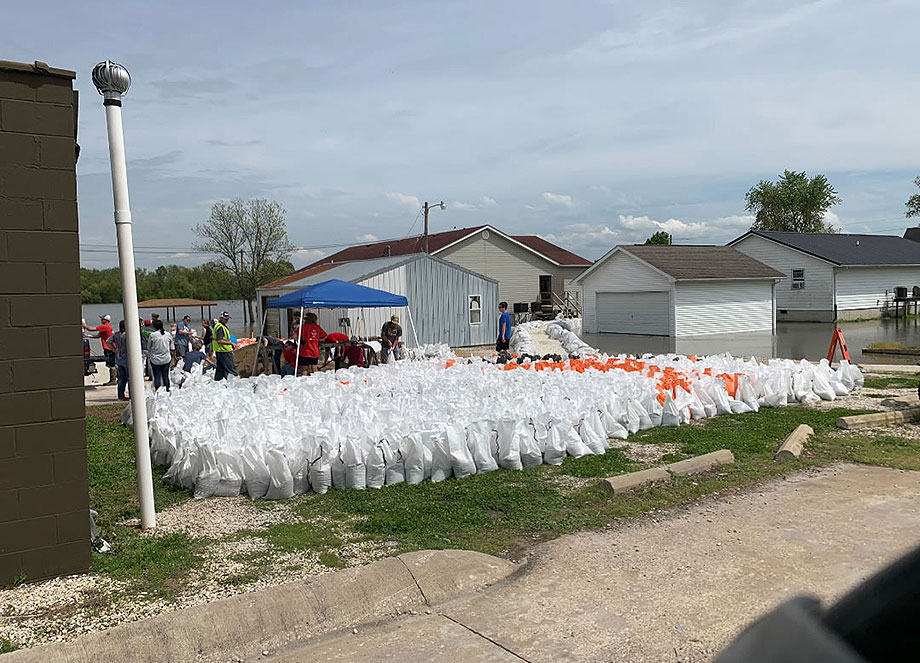 Volunteers stage sandbags to fight rising flood waters in Hardin, Illinois, a town about an hour and forty minutes north of St. Louis on the Mississippi River. This year's flooding has matched the Great Flood of 1927 in duration. Submitted photo