A collaborative study led by archaeologists, geneticists and museum curators is providing answers to previously unsolved questions about life in sub-Saharan Africa thousands of years ago. The results were published online in the journal Science Thursday, May 30.

Researchers from North American, European and African institutions analyzed ancient DNA from 41 human skeletons curated in the National Museums of Kenya and Tanzania, and the Livingstone Museum in Zambia. 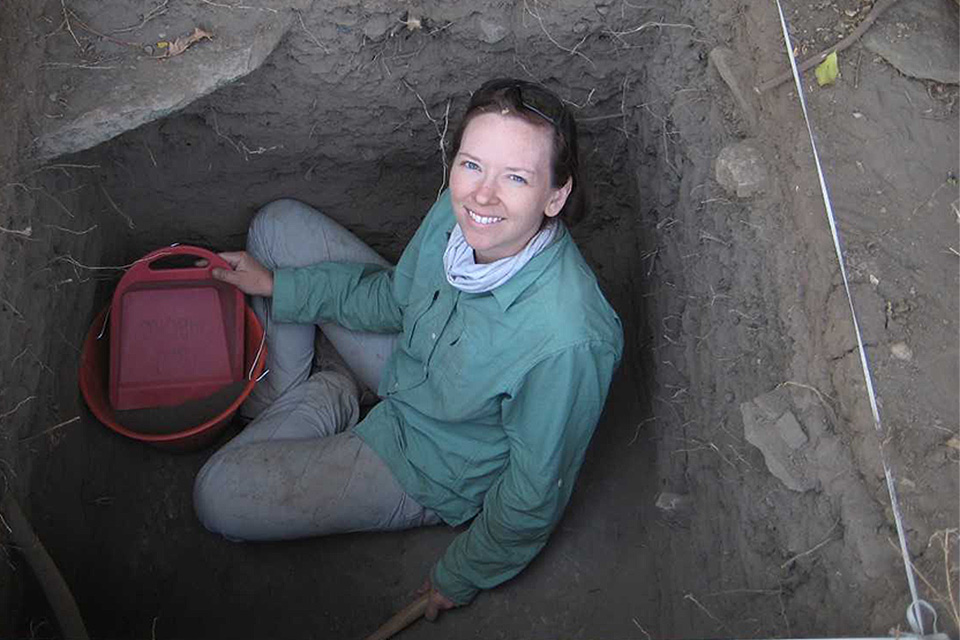 “The origins of food producers in East Africa have remained elusive because of gaps in the archaeological record,” said co-first author Mary Prendergast, Ph.D., professor of anthropology and chair of humanities at Saint Louis University’s campus in Madrid, Spain.

“This study uses DNA to answer previously unresolvable questions about how people were moving and interacting,” added Prendergast.

The research provides a look at the origins and movements of early African food producers.

The first form of food production to spread through most of Africa was the herding of cattle, sheep and goats. This way of life continues to support millions of people living on the arid grasslands that cover much of sub-Saharan Africa. 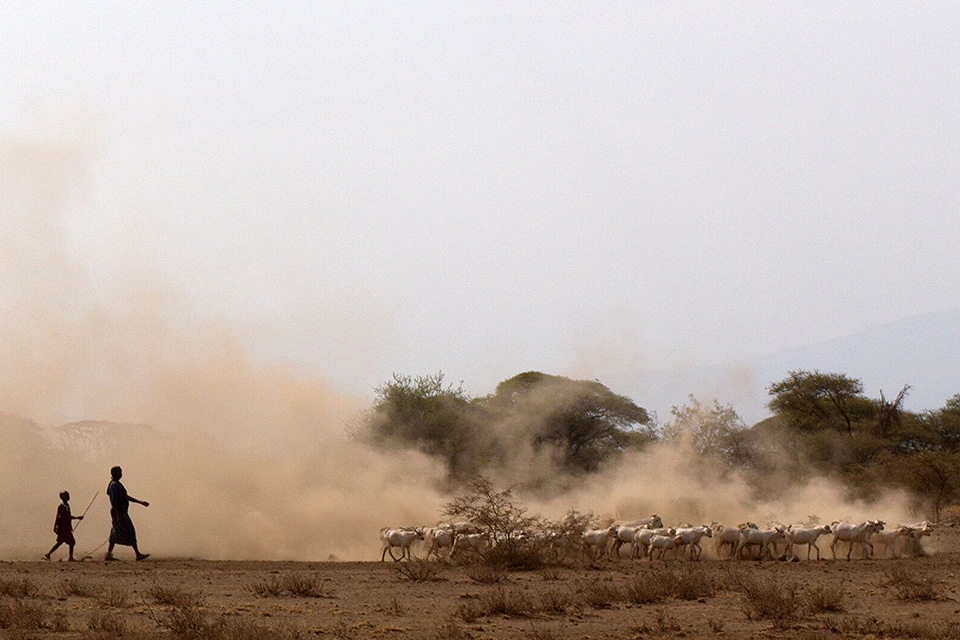 The first form of food production to spread through most of Africa was the herding of cattle, sheep and goats. Photo by Katherine Grillo

“Today, East Africa is one of the most genetically, linguistically, and culturally diverse places in the world,” explains Elizabeth Sawchuk, Ph.D., a bioarchaeologist at Stony Brook University and co-first author of the study. “Our findings trace the roots of this mosaic back several millennia. Distinct peoples have coexisted in the Rift Valley for a very long time.”

Previous archaeological research shows that the Great Rift Valley of Kenya and Tanzania was a key site for the transition from foraging to herding. Herders of livestock first appeared in northern Kenya around 5000 years ago, associated with elaborate monumental cemeteries, and then spread south into the Rift Valley, where Pastoral Neolithic cultures developed.

The new genetic results reveal that this spread of herding into Kenya and Tanzania involved groups with ancestry derived from northeast Africa, who appeared in East Africa and mixed with local foragers there between about 4500-3500 years ago. Previously, the origins and timing of these population shifts were unclear, and some archaeologists hypothesized that domestic animals spread through exchange networks, rather than by movement of people. 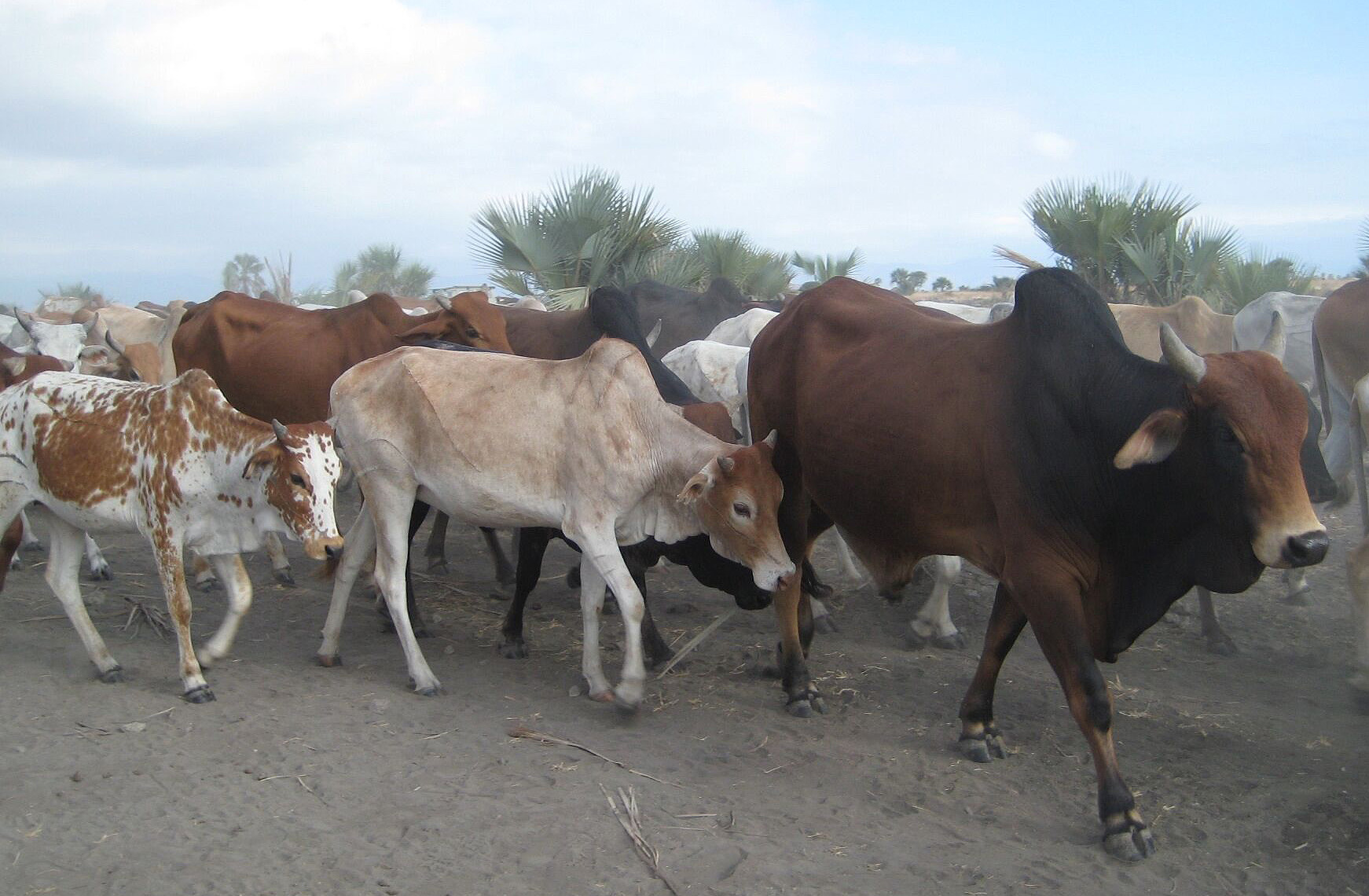 The herding of cattle, sheep and goats continues to support millions of people living on the arid grasslands that cover much of sub-Saharan Africa. Photo by Mary Prendergast

After around 3500 years ago, herders and foragers became genetically isolated in East Africa, even though they continued to live side by side. Archaeologists have hypothesized substantial interaction among foraging and herding groups, but the new results reveal that there were strong and persistent social barriers that lasted long after the initial encounters.

Another major genetic shift occurred during the Iron Age around 1200 years ago, with movement into the region of additional peoples from both northeastern and western Africa. These groups contributed to ancient ancestry profiles similar to those of many East Africans today. This genetic shift parallels two major cultural changes: farming and iron-working.

The study provided insight into the history of East Africa as an independent center of evolution of lactase persistence, which enables people to digest milk into adulthood. This genetic adaptation is found in high proportions among Kenyan and Tanzanian herders today.

The study was supported by funding from the Howard Hughes Medical Institute, with additional funding from the US. National Institutes of Health (grant 5R01GM100233), Allen Discovery Center, and John Templeton Foundation, NSF Archaeometry Program, and Radcliffe Institute for Advanced Study.

Prendergast and Sawchuk published a companion piece on their work in The Conversation.