More than half of jail correctional officers screen high for posttraumatic stress disorder (PTSD), which can be predicted by job burnout, Saint Louis University research found. The research was published recently in the Journal of Occupational and Environmental Medicine.

An increase in burnout – feeling exhausted, cynical or ineffective at work – resulted in an increase in PTSD. 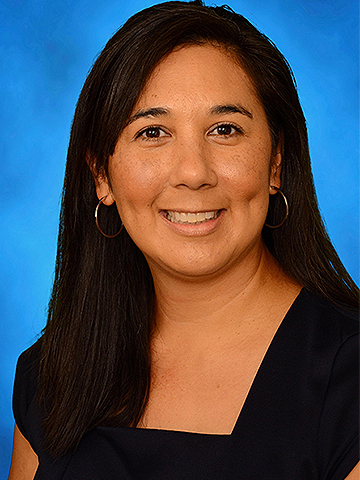 The study recommends routine screening for PTSD and suggests more and earlier interventions to safeguard the mental health of jail correction officers.

“More is needed to protect workers who are employed by workplaces known to have life-threatening situations and tragedies that workers are required to respond to,” wrote Lisa Jaegers, Ph.D., assistant professor of occupational therapy at Saint Louis University and the lead author of the paper.

“The Occupational Safety and Health Administration requires workplaces to be free from hazards that are likely to cause death or serious harm,” she continued.

The study found 53.4% of jail correctional officers reported having PTSD. By comparison, 35.3% of police officers have experienced PTSD symptoms and the rate of PTSD among adults in the general United States population is 6.8%.

“The rate is dramatically higher than other population estimates for PTSD and opens discussion about corrections work stress,” Jaegers wrote.

Officers employed in jails, which are short-term correctional facilities with high resident turnover, face high exposure to critical incidents and are at high risk for experiencing violence among inmates and between staff and inmates.

The research found jail officers were more vulnerable to work stressors and felt desperate and exhausted, which is explained by burnout. A total of 59.6% of women and 46.4% of men screened positively for PTSD. Jail officers who are minorities, such as African American, are more prone to PTSD symptoms than those of European descent.

The paper suggested avenues to explore could include resources and training to manage stress, conflict resolution education and long-term, in-service training.

The research was supported in part by a pilot project grant from the Healthier Workforce Center (HWC) at the University of Iowa. The HWC is supported by Cooperative Agreement No. U19OH008858 from the Centers for Disease Control and Prevention (CDC)/National Institute for Occupational Safety and Health (NIOSH).

Question:  What is the prevalence of posttraumatic stress disorder (PTSD) among jail correction officers, a group of public safety workers that has not been extensively researched?

Findings: The study examined the mental health of 317 correctional workers at two rural and two urban jails. These employees answered questions about their mental wellbeing and level of stress. More than half – 53.4% -- reported PTSD, which could be predicted by burnout -- or feeling exhausted, cynical or ineffective at work.

Meaning: More study is needed to determine the next steps in protecting those who work in correctional facilities from PTSD and burnout. Among the possible tactics: stress management education and resources; conflict resolution education; and long-term, in-service training.