Saint Louis University has joined the Culture of Respect Collective, an initiative of the National Association of Student Personnel Administrators (NASPA) to bring institutions together who are dedicated to ending campus sexual violence. 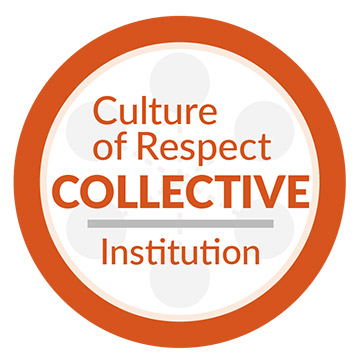 Culture of Respect is a two-year program that helps universities create policies and programs that support survivors, prevent sexual violence and communicate that violence is unacceptable. Participating institutions receive support and technical assistance throughout the process, as well as detailed documentation of changes that have been initiated.

“Ending sexual violence on our campus is our goal, and being involved in the Culture of Respect Collective is one of the best ways we can achieve this,” said Kent Porterfield, Ed.D., SLU’s vice president for student development. “Through this program, we have been able to complete a rigorous self-assessment and are now developing an ambitious campus-wide plan.”

To oversee SLU’s move to become part of the Culture of Respect Collective, the University has established a campus leadership team of nearly three dozen administrators, staff, faculty and students.

Among them is Emily Corey, a graduate student in SLU's accelerated MSW program. Corey said she greatly appreciates and values the work that the University’s Title IX office does to support students every day, and she’s confident this new initiative will advance those efforts.

“Culture of Respect aligns closely with SLU's value of building a campus community for and with others,” Corey said. “In calling students, staff, faculty and administrators together, the program works to facilitate a university-wide culture shift to end sexual misconduct.”

As Porterfield noted, the process began with a Campus Readiness Assessment that looks at survivor support, policies on misconduct, prevention education and public disclosure of campus violence statistics, among other areas.

Once the assessment was completed, the leadership team divided into sub-committees to create goals, objectives and measurement methods to address the results.

Their plans are now outlined online at Culture of Respect at SLU.

“By assisting SLU in continuing to strengthen our prevention strategies, outreach and response, the Culture of Respect Collective is a powerful tool that demonstrates SLU’s commitment to ending sexual violence in our community,” said Anna Kratky, the University’s Title IX coordinator.

Members of the SLU community who would like to be involved in implementing the goals of the initiative or want more information can contact Kratky at 314-977-3886 or anna.kratky@slu.edu.

About Culture of Respect

Culture of Respect was founded in 2013 by the parents of college-aged students. They convened a team of public health and violence prevention researchers and experts in advocacy, student affairs, higher education policy and law to develop the first editions of the program.

SLU is one of 36 schools participating in the third cohort of the Collective process. Two other schools from Missouri also have joined the effort: Park University near Kansas City in the first cohort and State Fair Community College in Sedalia is in the third cohort with SLU.

For more information about the Collective, visit CultureofRespect.org.